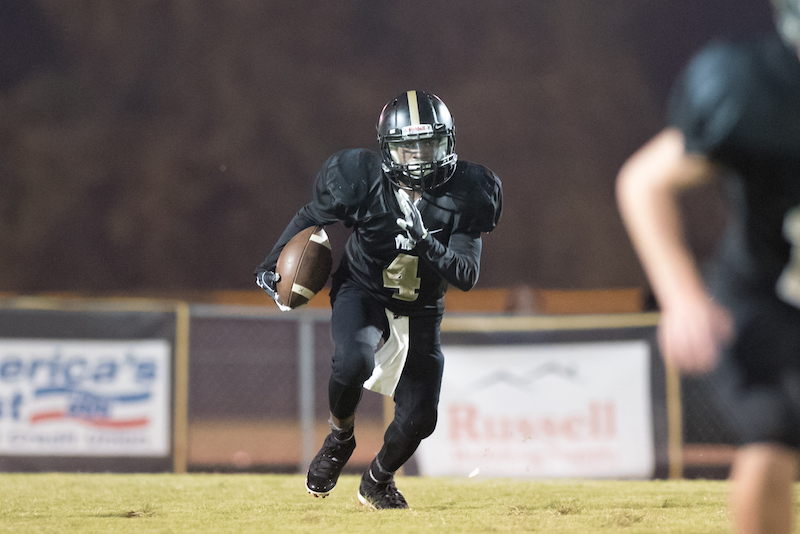 ALPINE – A series of injuries led to a few fresh faces in the scoring column for Vincent High School on Friday, Sept. 27, but it was not enough to push past Winterboro High School in a 40-24 non-region road loss.

“We faced as much adversity as one team could face today,” said Vincent head coach Lucas Weatherford of his teams’ injuries. “We couldn’t get off the field defensively late in the game, but our kids never quit despite everything that went against us … It’s hard to see at 0-5, but there’s progress being made. It’s going to make us strong in the long run.”

Winterboro opened the game with a 14-0 lead before the Yellow Jackets got on the board with a 9-yard touchdown run by JT Youngblood, a 6-foot, 245-pound lineman turned fullback. Youngblood finished the game with 70 yards on 15 touches.

The Bears scored once more in the second quarter to take a 20-6 lead, but Vincent’s freshman backup quarterback Blake Allums executed a two-minute drive with connections to Tae McGregor including a 10-yard touchdown pass to trail 20-12 at halftime.

McGregor led Vincent’s offense with 138 total yards, consisting of 83 yards on seven rush attempts and three receptions for 55 yards. Allums was 4-of-8 passing for 58 yards in the game.

The Bears out scored the Vincent offense 20-6 in the second half with McGregor adding a 10-yard touchdown run. After Winterboro stretched its lead to 40-18, Martaviun Lawson scooped a fumble and returned it for a Vincent touchdown to cap the scoring at 40-24.

Lightning in the area caused at least a 30-minute delay in the first quarter.