An inside look at this week’s Chelsea-Helena matchup 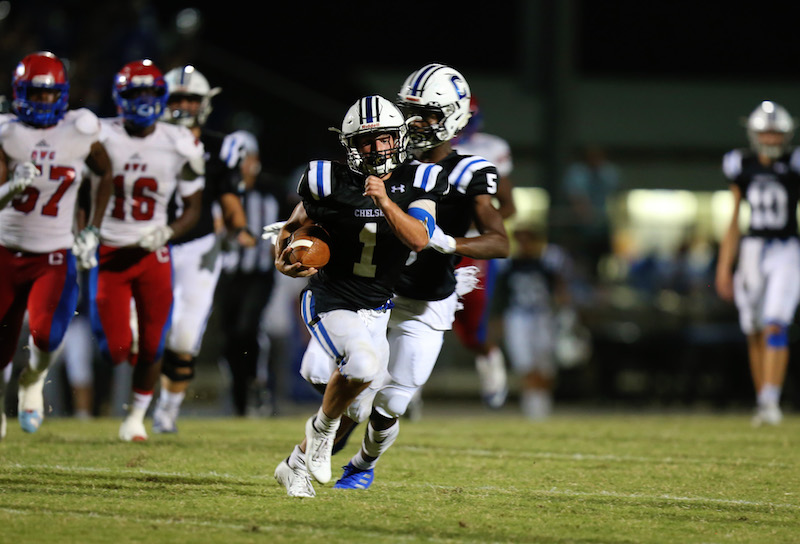 Chelsea and Helena will meet this Friday night at Helena High School with first place in Class 6A, Region 5 on the line. (For the Reporter/Cari Dean)

Two teams that were a combined 1-9 through six weeks of the season last year now headline week seven of the high school football season in 2019 with a combined record of 8-2 as the Chelsea Hornets travel to Helena High School for this week’s Game of the Week on Friday, Oct. 4.

With both teams undefeated in region play, Chelsea 3-0 and Helena 2-0, this matchup will not only put one team in sole possession of first in the region as the only unbeaten, but it will give one a great chance to claim the Class 6A, Region 5 Championship with only three weeks of region play following.

Both have made incredible turn arounds under second year head coaches as the Hornets enter this matchup with four consecutive wins and off a bye, while the Huskies have now won three in a row coming off a school-record 61-10 win against Southside-Gadsden a week ago.

All-time Helena is 1-4 in this series with that lone win coming a year ago in a 28-21 victory, but coming into this matchup, Chelsea will be on the hunt for redemption, while also carrying the momentum of a four-game win streak and an extra week of preparation.

To this point in the season, the Hornets are 4-1 overall with that lone loss coming in week one to the Oak Mountain Eagles by a final score of 17-0.

Since then, Chelsea has outscored opponents 155-69. In their last outing, the Hornets scored 64 points, their second most in school history and in their last three games, they have scored 32, 42 and 64.

The reason that is key is because the Hornets’ offense was the concern coming into the season and early in the year, but with them starting to click and the defense giving up 17.2 points per game, including 17 or less in four of their five, it’s become a dangerous team on both sides of the ball.

Helena, however, will mark one of Chelsea’s toughest opponents to this point.

The Huskies are one of the most veteran-laden teams in the state this year, and it’s shown against a difficult schedule.

They’re a team that has been battle tested with an opening-night 38-14 win over McAdory, a close 32-24 loss to No. 4 Hueytown, back-to-back region wins over two of the more difficult region opponents in Homewood and Minor, as well as a 61-10 thumping of Southside-Gadsden.

Against McAdory, Minor and Southside-Gadsden, Helena showed a complete-game effort that was dominant on both sides, while the Huskies played a good second half against both Hueytown and Homewood.

In each game to this point, they have shown they can be better than every team they’ve played and it’s due in large part to growth offensively behind several big playmakers stepping up, including quarterback and leader Luke Stamba.

Heading into this matchup, both teams are playing their best football in at least three years. 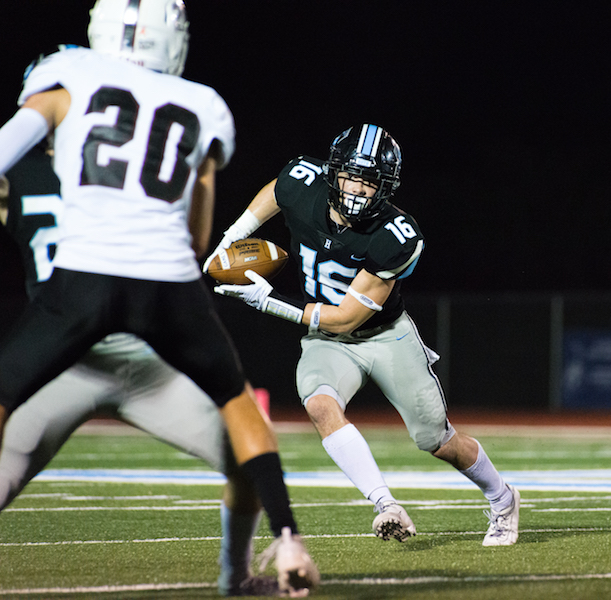 That said, these are two fundamentally sound and experienced defenses that will not only come ready to play, but look to be the difference in a win.

You’ll also see two offenses that don’t just want to run the football, but will gameplan to do so.

Chelsea will bring in running back Collier Blair off three consecutive 100-plus yard rushing performances, while others are starting to step up in the Hornets’ backfield, including the wildcat run by Adam Reaves, which has been impactful with four touchdowns in the last two games.

Coming into the season, Helena was always going to be one of the best running teams in the county, but the depth on offense has been key. The Huskies have a dual-threat quarterback in Stamba, who has turned up his play in recent weeks, while running backs Marquis Johnson and Kobe Hughes, as well as athlete Jeremiah Cope have all been difference makers.

While you can expect a heavy dose of running from both teams, Chelsea quarterback Caleb Moore is taking strides in the passing game and has really improved as of late, while Stamba has made several game-changing plays with his arm the last few weeks as well.

Keys to the game

For Helena, the biggest key to this game will be shutting down Blair at the running back position. He has been one of the biggest reasons for the offense’s success the last three weeks with arguably his best stretch of play at Chelsea.

The Huskies are going to have to shut him down and force Moore to beat him with his arm, but that’s easier said than done. This is a Chelsea offense under head coach Dustin Goodwin that is tough to prepare for because of the scheme and a great offensive line that is making Blair’s job easy.

If Helena can shut Blair down and get pressure on Moore, they will be in great shape to win this game.

For Chelsea, the goal will be similar—stop the run.

The only difference is the escapability of Stamba at quarterback. Shutting down Johnson and the other athletes at running back will help, but containing Stamba and keeping him confined to the pocket will be the key.

If he’s able to get out of the pocket, he can throw on the run to athletic receivers that will have time to get open or he can beat you with his legs. That’s what Pelham quarterback Xavier Lankford was able to do against Chelsea two weeks ago in what led to Pelham posting 38 points—the most against the Hornets this season.

The final key will be the turnover battle. That may seem like a given in any football game, but Chelsea forced four fumbles against Pelham, which made the complete difference in the Hornets’ victory against the Panthers.

Helena has turned the ball over at times this season, while Chelsea has been great at forcing turnovers. If the offense struggles to get going against this tough Huskies’ defense, that can make all the difference in the game.

Helena, however, has also been strong at forcing turnovers this season with six forced turnovers in the last three games.

Whoever wins that battle will likely end up winning the game in a matchup that features two evenly matched teams.

This should turn out to be one of the more intense games of the 2019 season with two county teams battling for first in their region during the second half of the season.

That combined with two evenly matched teams playing some of their best football in a while should create for a can’t-miss matchup.

While both are coming in on winning streaks of three and four games, the only advantage I see is a bit more offensive balance for Helena. Stamba is a three-year starter at quarterback and his experience and leadership has showed with big plays both on the ground and through the air this season.

I think his presence will be the difference in this game should he continue to play like he has been. Combined with a stellar defense and an offensive line that is one of the best in the state, it’s a team prepared to win a region championship.

With this being their last game against a team that has more than two wins this season, the Huskies know how important this one is and what is likely at stake.

Chelsea, however, isn’t going to fold and won’t go away in this game. These are two playoff teams, and the two best in Class 6A, Region 5. If Moore can take a big step forward this week, paired with another 100-plus yard performance from Blair, Chelsea will have a strong chance to win as well.