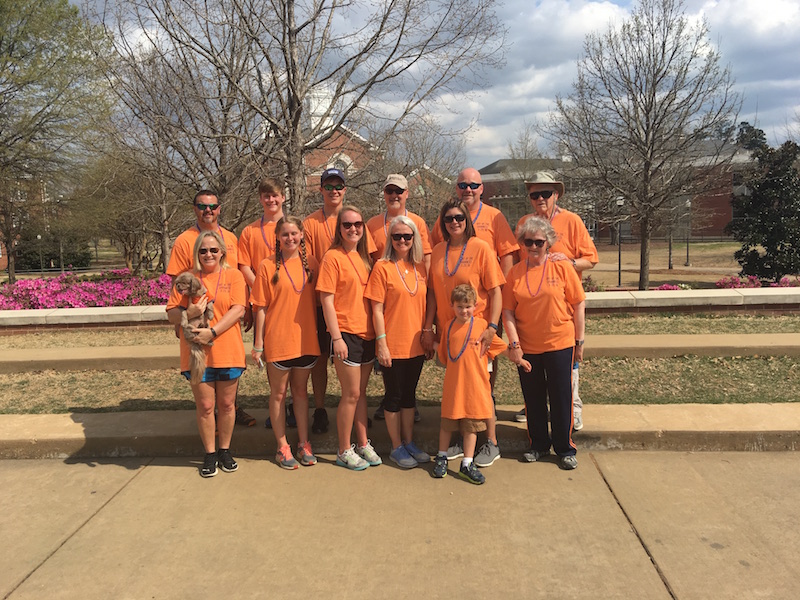 Kelly Davis and her family gather for a #MooneysonaMission team photo at the American Foundation for Suicide Prevention’s Out of the Darkness Walk in Auburn in 2018. (Contributed)

COLUMBIANA – The first-ever Clint Mooney Scholarship Foundation Fish Fry and Tailgate is set for Saturday, Oct. 5, in the parking lot behind the Ellis, Head, Owens and Justice law office on Main Street.

The event will serve as a fundraiser for the foundation’s scholarships for Shelby County students going to Auburn University.

“This will be our first big event,” foundation founder Kelly Davis said. “We want to raise awareness, and that’s part of this: raising suicide awareness and helping reduce the stigma.”

Davis lost her son, Clint Mooney, to suicide in May 2017.

“Suicide can happen to anybody, any family,” she said. “This is just a way I’m funneling my energy to hopefully help somebody else.”

After Clint’s death, Davis and her family became involved with the American Foundation for Suicide Prevention. 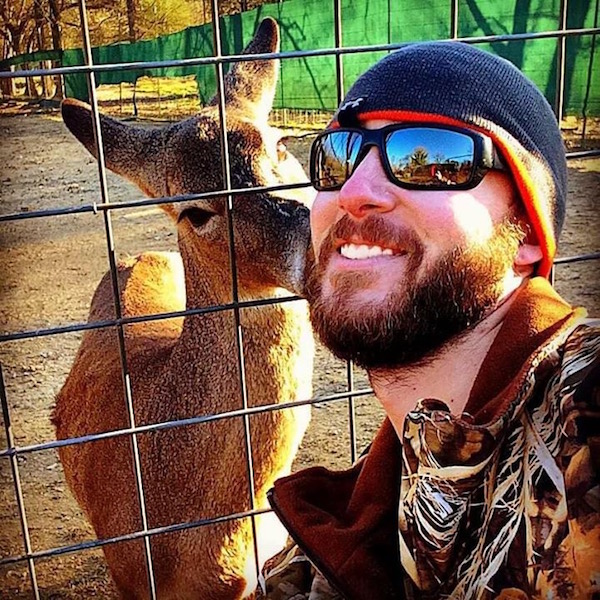 Their team, #MooneysonaMission, participated in the AFSP’s Out of the Darkness Campus Walk in Auburn in March 2018.

They raised money by selling T-shirts that year, but Davis wanted to do more.

“I wanted to offer a scholarship to a student going to Auburn, studying something that Clint studied over the years,” she said.

Davis spearheaded the formation of the Clint Mooney Scholarship Foundation as a non-profit organization in January, about two months before the #MooneysonaMission group participated in their second Out of the Darkness Walk on Auburn’s campus.

Davis said her goal is to increase the scholarship amounts in the future.

The Fish Fry and Tailgate is free to attend, but donations will be accepted.

Those who are unable to attend the event but still want to make a donation can mail their donations to: Clint Mooney Scholarship Foundation, 115 Ellis Farm Road, Columbiana, AL 35051.

Tailgating will start at 2 p.m. prior to the Auburn-Florida game’s kickoff at 2:30 p.m.

The fish fry will be held at about 4 p.m. to coincide with halftime.

A dessert auction will be held.

Attendees may bring their favorite tailgate appetizers, but it is not required.

The Ellis, Head, Owens and Justice law firm is located at 113 Main Street in Columbiana.

Those who plan to attend are urged to RSVP to Davis at kedavis64@gmail.com to give her a more accurate head count.

Everyone should bring their own tailgate chairs.

Cornhole will also be a part of the festivities.

“I’m hoping this is just a really fun event for everybody,” Davis said. “We’re planning to hold this annually.”

The Clint Mooney Scholarship Foundation will hold another yard sale in the spring.

Orders for T-shirts for the 2020 Out of the Darkness Walk will be available in February or March.