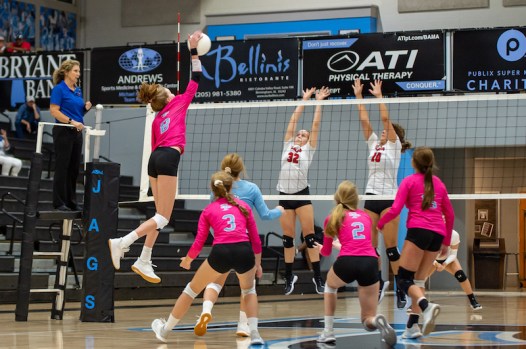 The Spain Park Jaguars celebrated senior night with a 3-1 victory against area foe Hewitt-Trussville on Tuesday, Oct. 1. (For the Reporter/Larry Dancy) 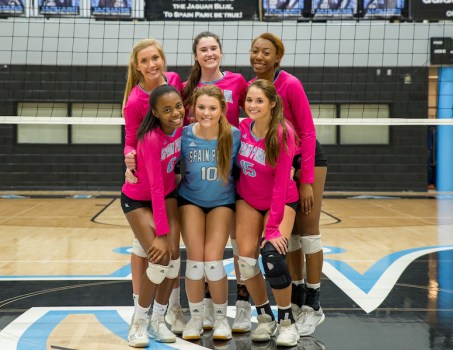 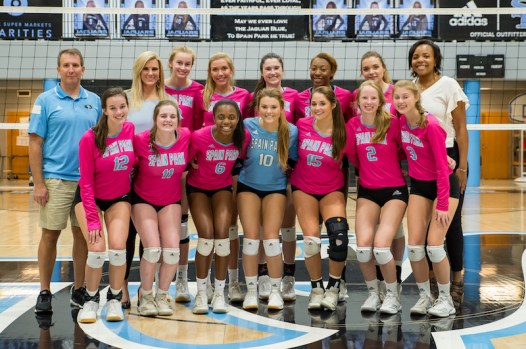 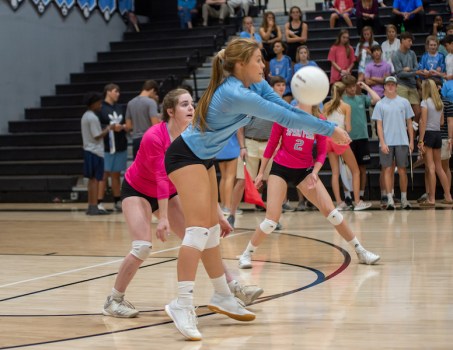 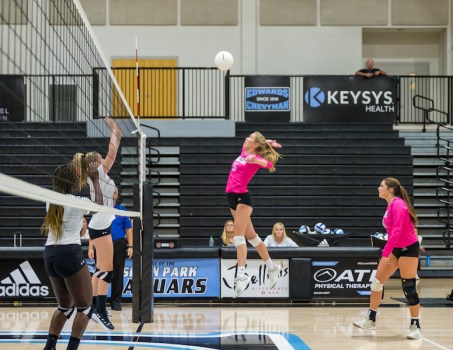 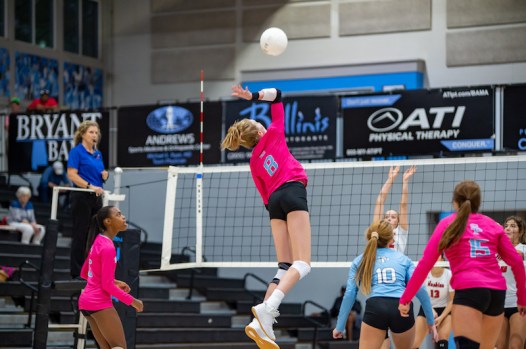 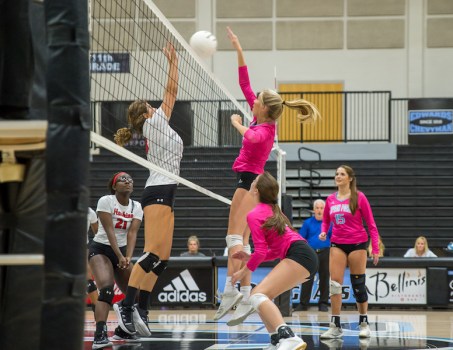 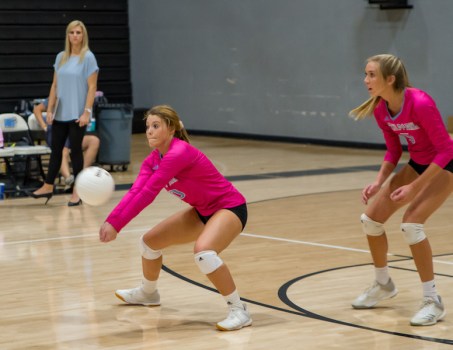 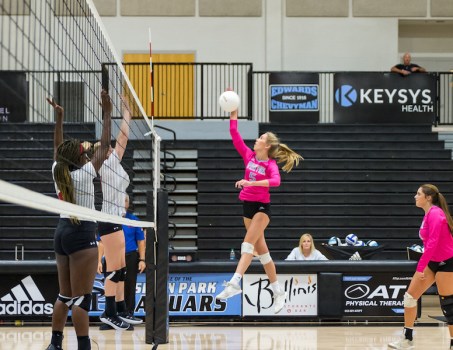 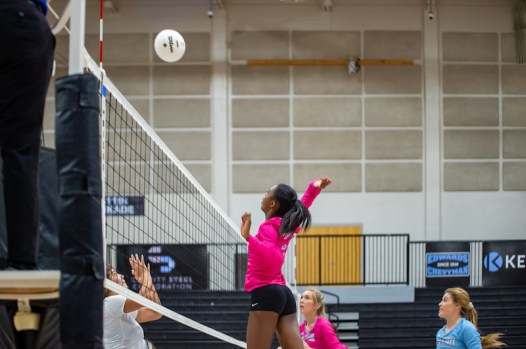 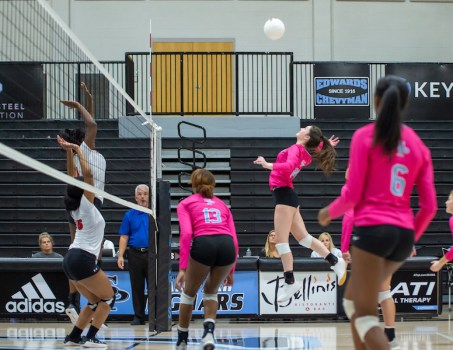 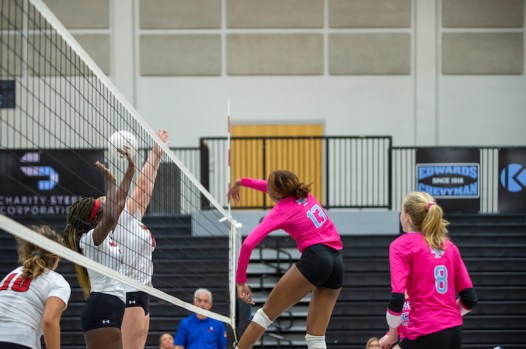 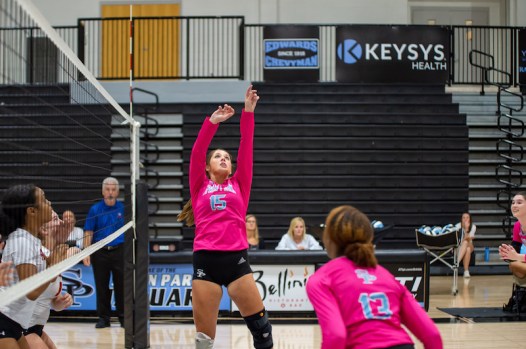 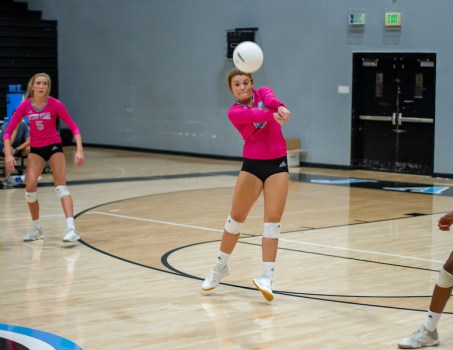 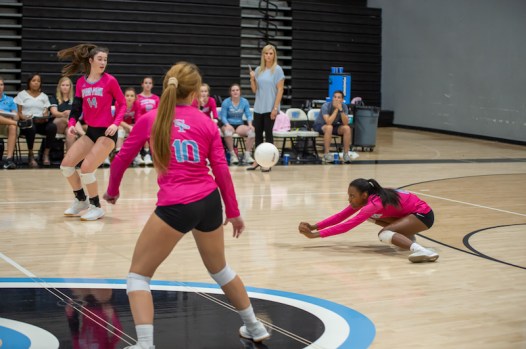 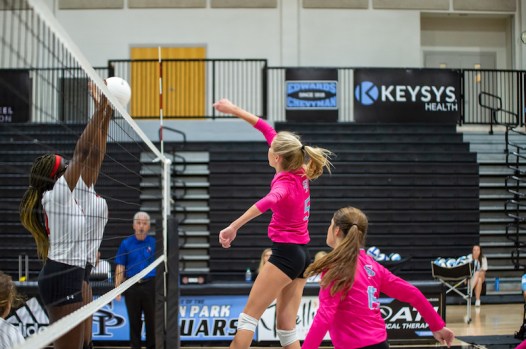 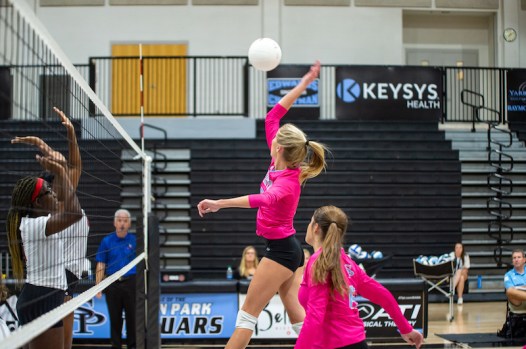 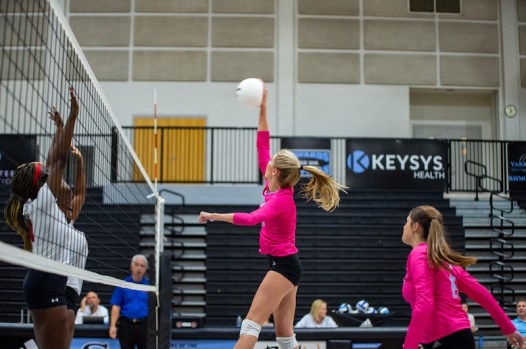 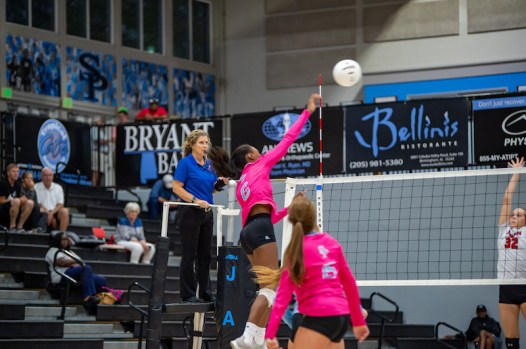 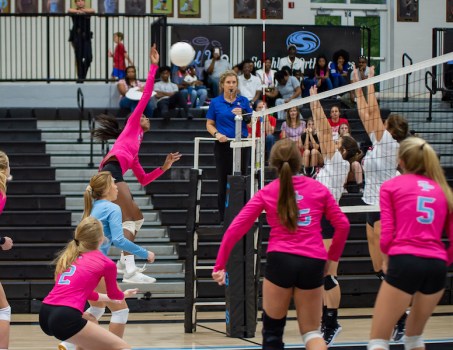 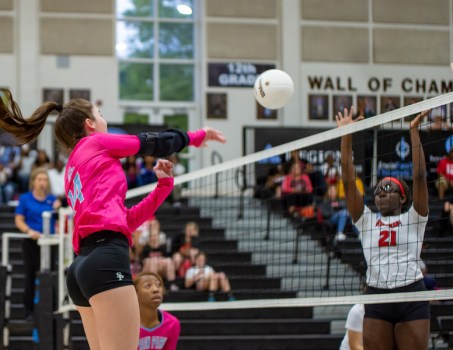 HOOVER – The Spain Park Jaguars dropped just one set on their way to an easy senior-night victory on Tuesday, Oct. 1, as six seniors were honored in front of the home crowd with a 3-1 win over the Hewitt-Trussville Huskies.

Lexie Fowler, Paris Morris, Kendall Irwin, Jessica Veal, Alex Wright and Olivia Stark have all had special impacts on the Spain Park volleyball team over the last four years, and got to put together a special effort again on Tuesday, as the deep group of veterans looks to put together a strong finish to the regular season and a playoff run.

Coming into the matchup with the Huskies, the Jaguars were on a roll as of late thanks to a strong showing of 5-1 in the Heffstrong Tournament. Sitting at 4-1 in area play entering the match, the Jags not only picked up their fifth area win of the season, but are just one win area win away from locking up the two seed in the area tournament.

With matchups against No. 1 Mountain Brook and Vestavia Hills left, the Jags need just one win to do so.

And if they continue playing like they did against the Huskies, they’ll be in great shape moving forward.

Spain Park came out in the first two sets and looked dominant winning the opening set 25-11 and the second set 25-15 to take a 2-0 advantage in the match.

After falling behind 2-1 in the opening set, the Jaguars were able to bounce back with an 7-1 run for an 8-3 lead and never looked back. The Jags had one more dominant service game a few minutes later to take a 15-7 lead before pulling away late by winning the final four points in a row for the 25-11 set victory.

Defensively, the Jags played smart and didn’t commit very many mistakes, which held the Huskies’ at bay with just one service point won in the opening set.

Spain Park carried that confidence into the second set. The Jags fell behind 5-4 early in the set, but then responded with a 5-0 run to take a 9-5 advantage.

The Huskies, however, hung around and trailed by just four points at 18-14, but the Jags soon won serve back and went on a run in one service game with five consecutive points won, which allowed them to close out the 25-15 set victory.

That carried over to the third set where Spain Park won its first four service points for a 4-0 lead. Hewitt-Trussville battled back, however, and closed that gap to 4-3.

The rest of the set, the Jaguars didn’t have the same serve success they had seen throughout the match, winning no more than three service points in a row.

That led to a back-and-forth set, which eventually saw the Huskies take a 25-24 lead late. Spain Park staved off one set point to tie the set at 25-25, but the Huskies won the next two points on serve to close out the set 27-25, which made the match score 2-1 in favor of the Jags.

It was a momentum swing that didn’t last long though, as the Jags bounced back in a big way in the fourth set.

Early in the set, Spain Park sprinted out to a 13-3 lead thanks to the Huskies not winning a single service game in their first seven serves of the set.

That became too much of a hole to dig out of, as the Jags went on to finish off the set and the match with an easy 25-13 set victory.

With the 3-1 win, Spain Park improved to 5-1 in area play and gave the seniors a senior night to remember.