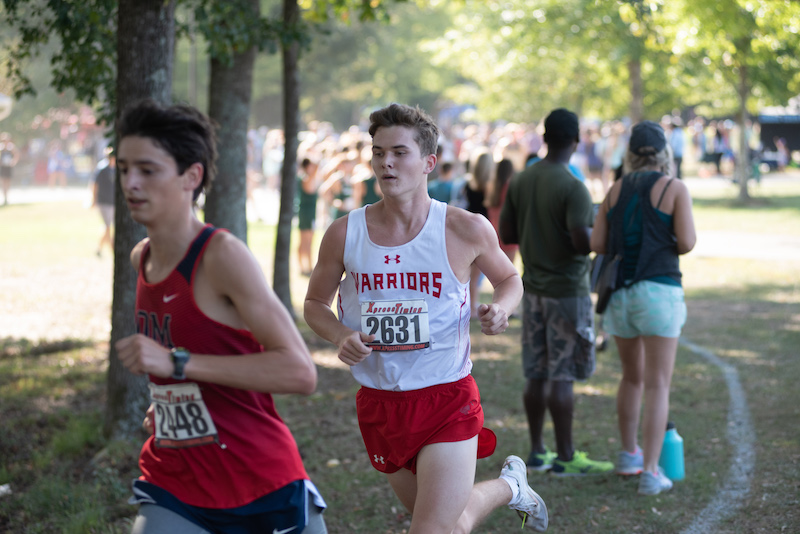 Thompson cross country and track runner Jace Jones has committed to the University of Alabama as one of the state’s best runners. (Reporter photo/Keith McCoy)

ALABASTER – One of the best distance runners in the state recently announced his college commitment decision.

Thompson’s Jace Jones, who has cemented himself as one of the best cross country and track and field distance runners over the last three years, officially committed to the University of Alabama on Tuesday, Oct. 1.

“I wouldn’t be in the position I am in today if it weren’t for my family, friends, teammates, and most importantly the man upstairs,” Jones said on Twitter before adding a “Roll Tide!”

Through two cross country events this season, Jones has claimed the top spot in each, winning the difficult Chickasaw Trails Invitational, while also winning the Shelby County Championship.

In the win at Chickasaw, Jones not only set a personal record time of 15:50.93, but beat out a large field of 304 runners from some of the state’s best teams as well as other teams from outside of the state.

Jones followed that up with a championship win at the Shelby County meet where he finished with a time of 16:13.86 to beat 181 of the county’s best athletes.

But his improvement has been clear through just two events this year, not only improving his time but also picking up a win at the Chickasaw meet.

Jones, however, is still hoping to improve each week this season so he can finish strong. Last season, he ran his slowest time in the AHSAA State Championship, which marked the only time he didn’t finish a race in less than 17 minutes.

This year, he’s hoping to get redemption, and it has shown early in the season.

Jones has also been dominant running both indoor and outdoor track and field.

With several weeks left in the cross country season and the entire track and field season still ahead, Jones still has more time to put up flashy numbers, but has already proven he’s one of the best in the state.