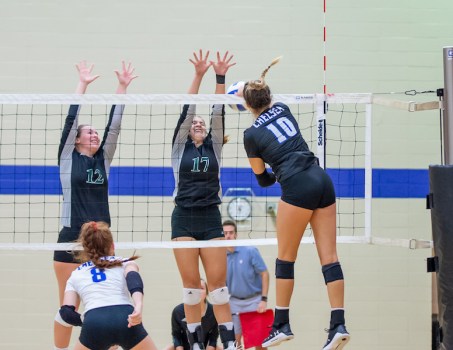 The Chelsea volleyball team got redemption from an earlier loss to Pelham by sweeping the Panthers on Thursday, Oct. 3. (For the Reporter/Larry Dancy) 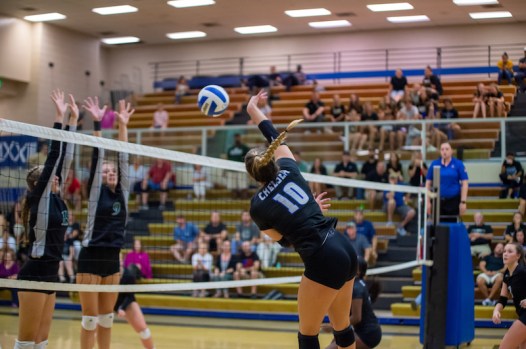 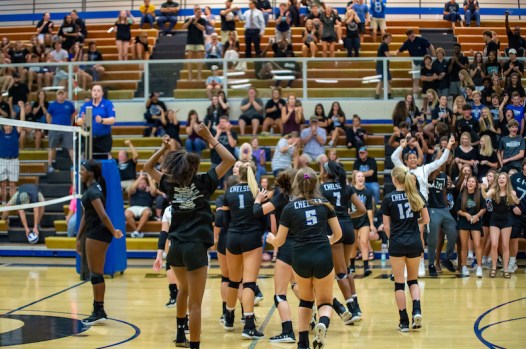 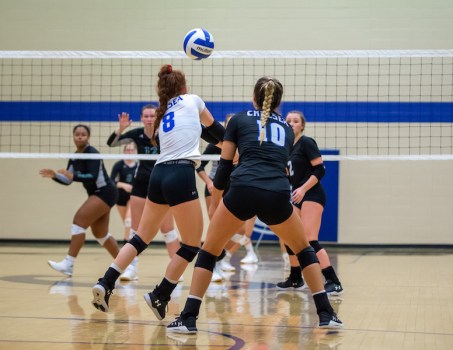 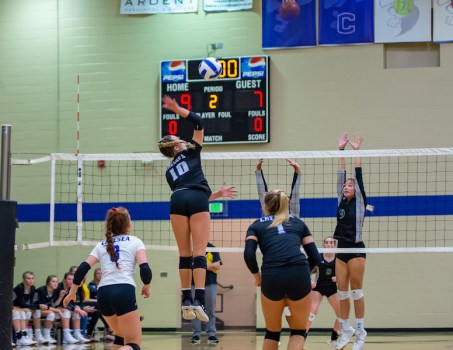 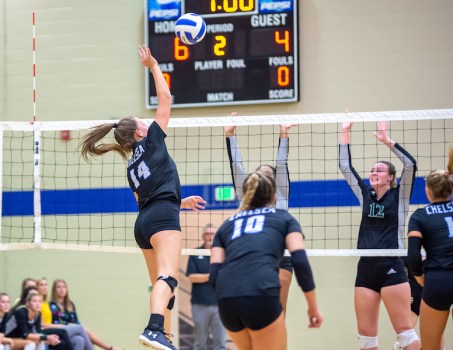 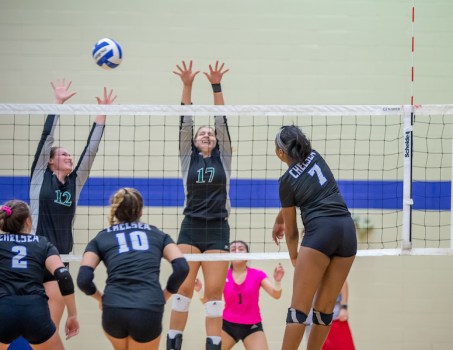 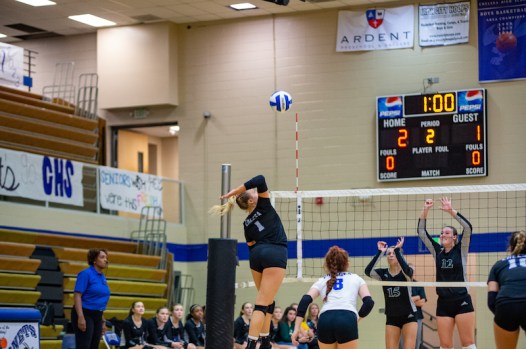 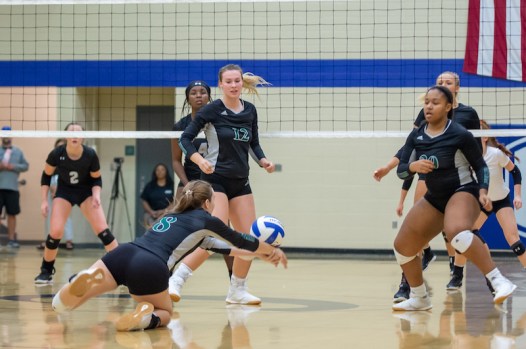 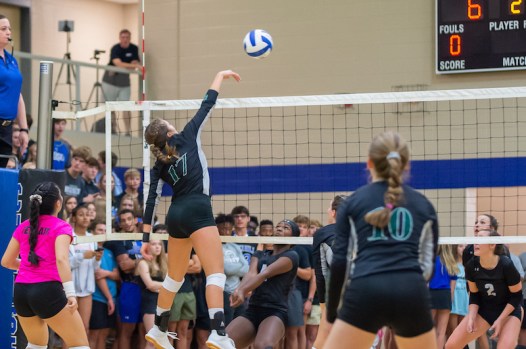 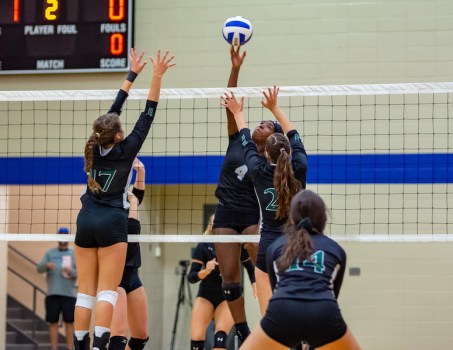 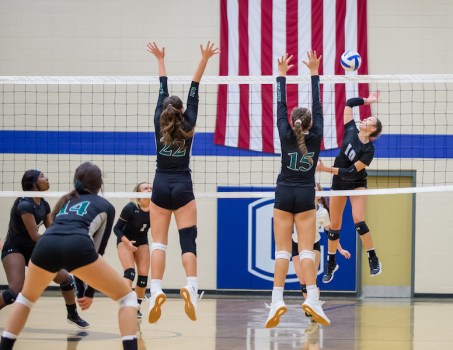 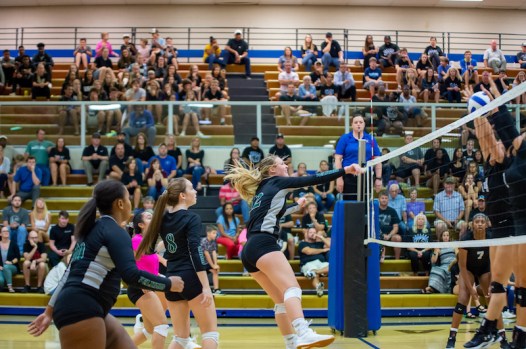 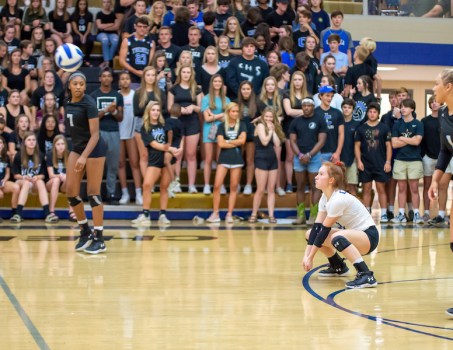 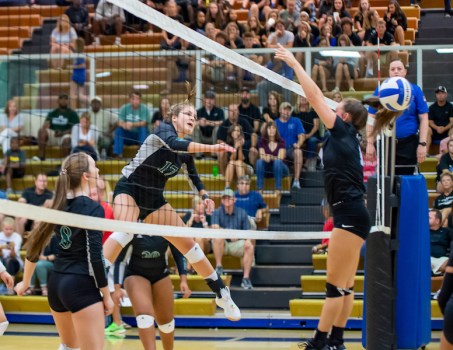 CHELSEA – After losing to Pelham 3-1 on the road on Sept. 17, the Chelsea Hornets entered a rematch with the Panthers on Thursday, Oct. 3, with one thing on their minds—redemption.

In a battle of the No. 4 Panthers and No. 5 Hornets, Chelsea came in to prove its 35-2 record was no fluke, while also looking to keep hope of hosting the area tournament alive.

That’s just what the Hornets did.

Chelsea dominated the first two sets 25-19 and 25-13, before then winning a tightly-contested third set 25-22 to complete the sweep and earn redemption.

In the opening set of the match, Chelsea started strong with a 17-10 lead as Pelham was slow out of the gate.

Eventually the Panthers were able to warm up, which led to a strong 8-1 run to cut the deficit to 19-18 late, but from that point, Chelsea got back to the way it started the set and won four consecutive service points to take a 24-18 lead before eventually closing the set out at 25-19.

Knowing the goal they entered the match with, that just motivated the Hornets to play relentlessly in the second set. And thanks to some dominant play at the net, the did just that eventually pulling away for a 25-13 set victory.

In the first two sets, Chelsea had five service games with at least three points won in a row, while the Panthers only had one.

Needing a big response in the third set, Pelham again got off to a slow start with the Hornets jumping out to a 6-2 lead thanks to another service game with three points won.

But the Panthers finally started to show some life with a 4-0 run to quickly tie the match, something that was rare throughout.

Starting to play like the No. 4 team in the state, the match finally started to look like the top-five battle that was expected with both playing a back-and-forth set the rest of the way.

The Panthers eventually went on to take the lead late in the set at 21-20 needing to win to keep the match going.

But Chelsea, as it had so many times throughout the night, found big plays when it mattered winning three consecutive points to take a 23-21 lead, before eventually closing the match out with a 25-22 third-set victory.

With the win, Chelsea improved to 36-2 overall this season and more importantly 5-1 in area play. Pelham fell to 4-1 in area play with one more area match left against Calera on Oct. 8. Should the Panthers win that match, they’ll finish in a tie with the Hornets for the regular-season area crown, but a loss would guarantee the championship to the Hornets.