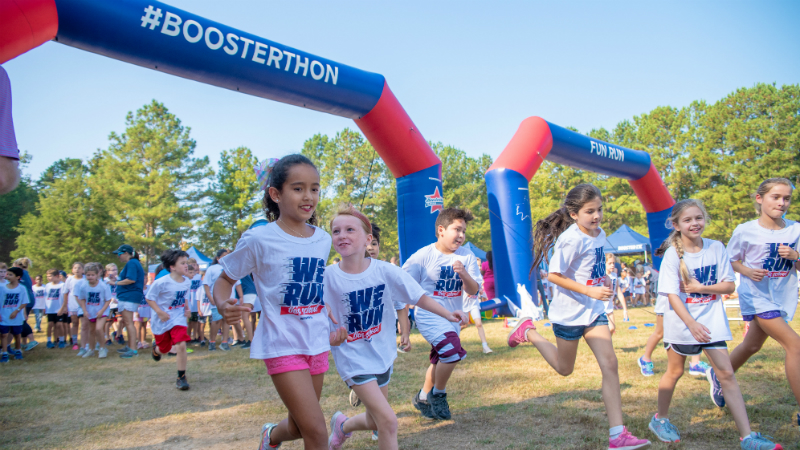 The school’s latest Fun Run was held Thursday, Oct. 3, with about 630 students in pre-kindergarten through third grade running laps to collect on pledges that had been made by family and friends.

For example, someone could pledge to donate $1 per lap completed by the student. Each student completed as many as 35 laps during the event, generating about $36,000 for the school—well above the goal of $25,000.

Upbeat, popular music and a DJ kept up the excitement, as students completed various laps including a friendship lap where they locked arms with a friend, a parent sing-a-long lap and a backwards lap, among others.

Parents and other supporters lined the route and gave high fives to runners while carrying signs with uplifting messages.

“It’s incredible,” Black said about the event at IES. “It’s a great turnout. The parents are so involved.”

Also as a result of surpassing the goal, students earned a chance to watch a movie during their lunch period one day and will “slime” Hoffman and Assistant Principal Amanda Hamm at an upcoming date.

“It goes along with our character education traits, and it’s healthy exercise while they’re supporting our school,” Hoffman said.