Holmes, formerly classifieds manager, is now in charge of the day-to-day operations of the company.

Holmes, who joined the company 13 years ago, has worked in almost every department at Shelby County Newspapers. He began as a marketing consultant before spending time in design and audience development. He was named classifieds manager in 2014 and also coached several north Alabama newspaper operations owned by Boone Newspapers, Inc., which is the parent company of Shelby County Newspapers. 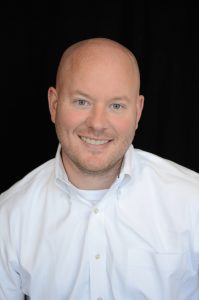 Holmes said he is looking forward to his new role.

“I’m excited about the opportunity to lead this award-winning staff,” he said. “We are the leading news provider in Shelby County and our audience will continue to grow. I’m a firm believer that a media company like ours has to evolve. We are focused on delivering the news and information the community wants on the platform they prefer – print, web, mobile, social media.”

As general manager, Holmes will lead the staff in producing five weekly newspapers, five lifestyle magazines, six websites and numerous special sections. The company’s cornerstone publication is the Shelby County Reporter, which was founded in 1843 and has been named the best community newspaper by the Alabama Press Association each year since 2006.

Tim Prince, president and publisher of Shelby County Newspapers, Inc., said, “We could not be more pleased that Daniel is taking this step to lead our team. Daniel is a top-notch leader, manager and community builder and will raise the already high bar we set for ourselves in exceeding both internal and external customer expectations.”

Over the last 15 years, the company has expanded to produce newspapers and magazines that serve the cities of Alabaster, Helena, Pelham, Hoover, Mountain Brook, Vestavia Hills, Homewood and the Highway 280 area.

Holmes said the company will continue to evolve to meet the needs of readers and advertisers.

“This is a fast-moving business, but we are committed to delivering quality journalism across all of our platforms and providing local marketing solutions to our business partners,” Holmes said. “My job going forward is to continue to improve the ways we engage with our readers, local businesses and communities.”

Holmes and his wife, Kelli, live in Helena with their two children, Addison and Grayson. He is a 2006 graduate of the University of Alabama, where he majored in communications with a concentration in advertising.

Holmes replaces former general manager Katie McDowell, who will remain with the company for a couple of weeks to help with the transition. McDowell has accepted a communications position in Birmingham.

“It has been an honor to serve Shelby County Newspapers for the last eight years, and I will miss this company, our readers, our business partners and, especially, my colleagues,” McDowell said. “I am excited about the next step in my career, but this is a bittersweet moment for me. I will remain a loyal reader and the biggest fan of all of our publications.”