No. 6 Spain Park sweeps No. 2 Mountain Brook for area win 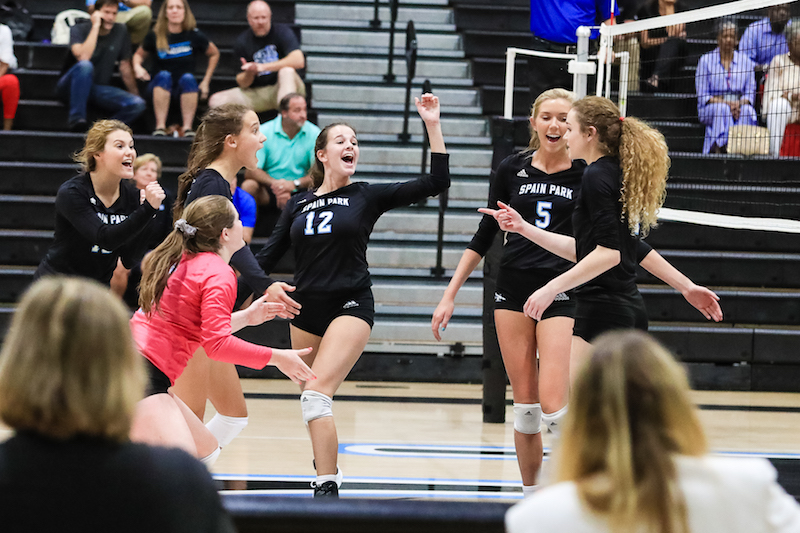 The Spain Park Jaguars upset No. 2 Mountain Brook on Thursday, Oct. 3, to improve to 6-1 in area play. (File)

Sitting at 31-6 overall this season, the Spartans have been consistently one of the best teams in the state and had already beaten Spain Park twice in straight sets, once in area play and once in the Heffstrong tournament.

This time around, however, the Jaguars were able to flip the script with a sweep of their own to not only improve to 6-1 in area play but keep the possibility of winning the regular-season area title alive.

In a week where Jessica Veal and Paris Morris both reached milestones of 1,500 assists and 1,000 kills, respectively, the Jags were able to add one more significant milestone to a special week and it started in the opening set.

In a set that seemed to set the pace for the night, neither team really seemed to have the upper hand for the majority of the set, and that carried all the way up to a 24-24 tie.

But Spain Park dug deep and was able to make two late plays in a row to pull off a 26-24 victory in the first set.

Winning that opening set seemed to take a lot of pressure off the Jaguars, and while they weren’t able to pull away for a dominant win in any set, they had the belief they needed to upset the Spartans.

In another tightly-contested second set, Spain Park was again able to make plays throughout, including the key plays late in the set to pull off a slim 25-22 set victory for a 2-0 lead in the match.

Now just needing to win one more set with three opportunities, Spain Park fed off the home crowd going into the third set and it showed. Able to play free and loose with no threat of losing the match in the set, the Jaguars were able to play arguably their best set of the night on their way to completing the sweep with another 25-22 victory.