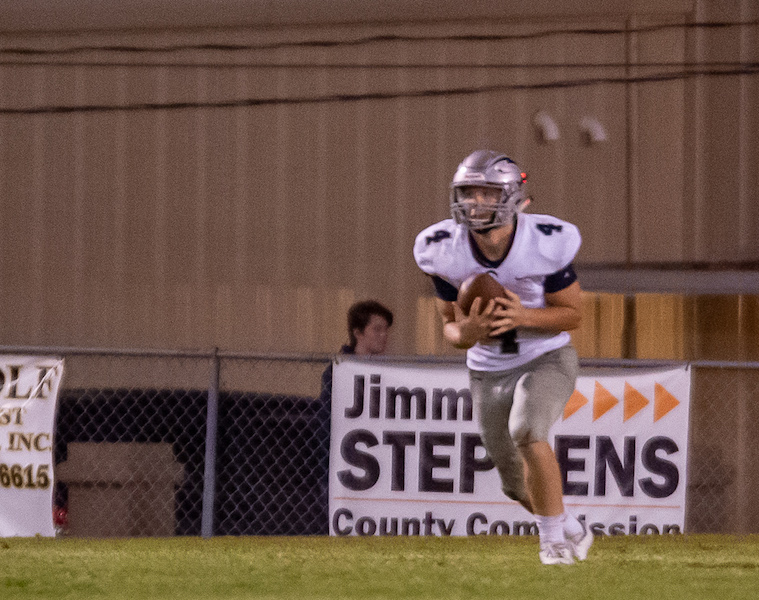 The Evangel Lightning put up 80 points in a dominant ACSC victory over rival Ezekiel on Friday, Oct. 4. (File)

“Our kids played hard tonight. You could tell they were really ambitious. This has become our rival game since we don’t have anybody in the county to play,” ECS head coach Tim Smith said.

The Lighting opened the game with a 14-yard touchdown pass from Tyler Henderson to Jett Lodge and converted a 2-point conversion. Ezekiel answered but Evangel stopped the 2-point try. That story continued throughout the first half as Evangel built a 56-26 halftime lead.

“The biggest difference was we got all of our 2-point conversions tonight,” Smith said. “It went back and forth. We’d score and get our 2, and then they’d score and not get their 2.”

Lodge added a 90-yard pick six and Ferrell had a 90-yard kickoff return for a touchdown in the game. Ferrell finished the night with 208 return yards.

Backup quarterback Eli Whitfield led the ground game in the second half with 107 yards on two carries, both touchdown runs. The Lightning finished with 236 yards rushing and 513 yards of total offense.

Will Parker led the ECS defense with 12 tackles.

Evangel (5-2) returns home Oct. 11 to host Lighthouse Home School of Oneonta to wrap up its 8-man regular season. A win will clinch home field for Evangel in the 8-man state championship game on Nov. 4.