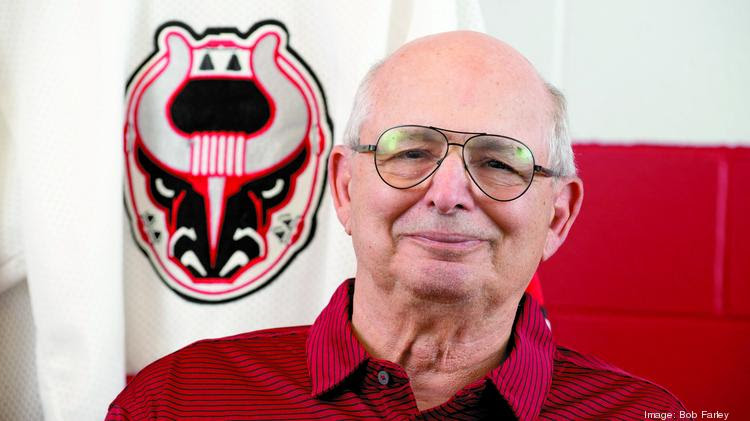 Art Clarkson, the founder of the Birmingham Bulls, died on Monday, Oct. 8. (Contributed)

A visionary in a city where most were content, Art Clarkson had a mind full of ideas to help the city of Birmingham and its surrounding metro areas flourish in the sports world.

While he met obstacles and push back from many, Clarkson was determined to help bring minor league and professional sports to a city that desperately wanted it.

What was special was seeing it succeed. Clarkson is largely responsible for bringing both the Birmingham Barons and Birmingham Bulls to the area, two very successful sports teams that have enjoyed successful tenures through the 90s and currently.

On Monday, Oct. 7, Clarkson died and an innovative mind was lost. But his legacy, one that has changed the landscape of sports in the Birmingham-metro area, is one that will never leave us.

“The sports world lost a pioneer today,” Birmingham Bulls President Joe Stroud said. “Art prided himself on being the PT Barnum of minor league sports and he lived every minute of every day being the heartbeat of his team.”

After successfully running the Bulls as a managing partner, Clarkson got involved in arena football and started teams in Huntsville and Green Bay, Wisconsin.

But he eventually decided to retire from all of those ventures, but had one more trick up his sleeve.

After the Bulls’ organization stopped playing hockey in 2001, Clarkson always knew he wanted to attempt to bring it back and in 2017, the visions that popped into his head so clearly returned when he decided he was going to work to bring the Bulls back to the Birmingham area.

Working with the city of Pelham, Clarkson was able to bring the Birmingham Bulls back with a newly-renovated arena inside the Pelham Civic Complex.

In year one, there were struggles, but Clarkson kept the people coming.

By year two, the Bulls had already gone from second to last in the Southern Professional Hockey League to second overall. This past season, the Bulls went on to compete for the SPHL Presidents Cup where they fell to Huntsville, but in almost fitting fashion, Clarkson got to see the successful turnaround of the organization before stepping down one final time due to declining health.

In his time as a connoisseur of bringing so many successful organizations to life, Clarkson had an impact on many, including several of the athletes that were a part of his organizations.

One of those athletes was one of the Bulls’ original players and the same one he decided to bring back as head coach of the Bulls close to 20 years after their final game—Jamey Hicks.

“Art was as much as a friend as he was my boss, I can’t thank him enough for introducing my family to the Bulls logo,” Hicks said. “I miss him already. In my eyes, he is Mr. Hockey of Birmingham but he will always be known as a pioneer of minor league sports. Our thoughts are with Kathy (Clarkson), the kids and the extended family.”

Now, just 11 days from another season kicking off, Clarkson may not be with us anymore, but when the fans stream into the state-of-the-art facility at the Pelham Civic Complex and see the puck drop for another season of Bulls hockey, they’ll know who did it all.