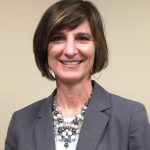 The 2019 Leadership Trailblazer Award is sponsored by The League of Women in Government, an affiliate group of the International City/County Management Association representing women in local government. According to its website, the League serves as the umbrella organization to support local and statewide organizations that advance women to local government leadership. The League’s objective is to move the needle forward on the number of women serving at the most senior and executive levels in all areas of local government.

DiFante joined the City of Pelham in August of 2017 and is the city’s first professional city manager and at the time the state’s only female city manager.

“Her background includes both the public and private sectors, giving her insight on how both of them need to work together to move the city forward,” the press release stated. “With her strong background in strategic planning and customer service, Gretchen is leading Pelham through both a strategic and comprehensive planning process.”

“Pelham is a great place to live, and our growth is exciting,” she said. “We need to take a step back and decide who we want to be to whom, create a vision for the city and set priorities based on that vision. I look forward to working with the citizens, business owners, visitors, elected officials and staff members to set the vision and help it become a reality.”

As part of the nominating process, Mayor Gary Waters wrote the following about Gretchen: “Gretchen DiFante is a change agent within an organization where change is difficult. On a good day, under ideal conditions, Gretchen’s job is difficult. On a bad day, under less than ideal conditions (internal and external opposition, push-back and reach in), her job is nearly impossible. Yet, she is fearless, committed and determined. Given that less than 20 percent of municipalities in the State of Alabama are managed by City Managers and an infinitesimally smaller number are managed by women, Gretchen has become the woman to watch in Alabama. In the short time Gretchen has been with Pelham, Gretchen has brought the Women Leading Government State

Chapter to Pelham in conference. Her willingness to take a bold and leading role in the management and change of a municipality once known as a male-dominated bastion sets an inspirational example for all women to emulate. She has also pounded the Pelham gender employment playing field flat!”

The press release stated: “Her instrumental role in bringing the Alabama Chapter of Women Leading Government has already touched the lives of over 150 women representing over 21 municipalities or counties in the state through conferences and networking events.”

The chapter is currently planning its second annual conference and expects a higher participation level from women working and leading in government.