COLUMBIANA – A Bessemer man involved in a fatal hit-and-run incident in Helena on May 2, 2016, is set to stand trial on the charges in early November, according to an order filed in Shelby County Circuit Court. 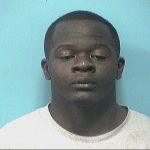 Damian Lamar Jackson, who lists an address in Bessemer, was arrested and charged with manslaughter, unlawful distribution of a controlled substance and leaving the scene of an accident with injuries on May 3, 2016. The charges came after 33-year-old Helena resident Holley Myrick was pronounced dead at the scene of the incident the day before his arrest.

Jackson, who was 28 at the time of the incident, allegedly ran her over with a Yukon XL SUV and fled the scene of the accident that occurred near the Golden Rule Bar-B-Q restaurant on Shelby County 52, but was later apprehended after an Alabaster police officer located Jackson and the Yukon in a driveway in Alabaster.

Following an investigation by Helena Police, it was determined Jackson and the victim were involved in an argument over drugs prior to the hit-and-run incident.

Jackson is now set to stand trial on the charges in front of Circuit Court Judge William Bostick on Nov. 4, following a pre-trial docket call on Oct. 22. According to the order, Jackson must be present in court on those dates or the defendant’s bond will be immediately revoked. No continuances will be granted except for extreme circumstances.