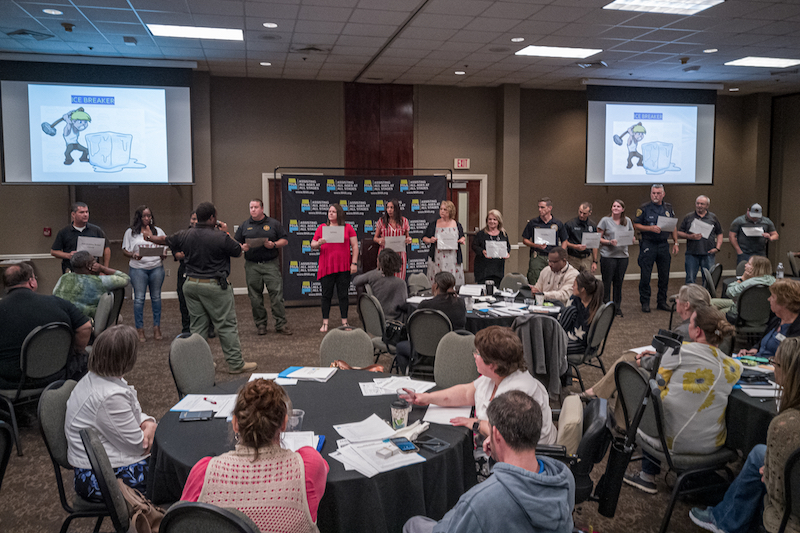 PELHAM – With an average of 10,000 individuals turning the age of 65 each day in the U.S., awareness and knowledge in topics such as domestic violence in later life, elder abuse, financial crimes, mental illness, and dementia are more prevalent than ever before. The Middle Alabama Area Agency on Aging is on the forefront of this “senior wave” doing their part to help prepare the community and public service officials for the challenges that lie ahead.

Located in Alabaster, the Middle Alabama Area Agency on Aging has been serving Blount, Chilton, Shelby, St. Clair, and Walker counties since 1989. M4A is one of 13 area agencies on aging covering the state of Alabama under the direction of the Alabama Department of Senior Service. Over the last two years, M4A’s “Dementia Friendly Alabama” initiative has partnered with several municipalities throughout the five county region they serve to help create dementia friendly communities, as well as other municipalities across Alabama. This effort has allowed M4A to train more than 1,000 first responders, nurses, social workers and city officials.

The initiative has become so popular that the training was expanded in 2019 to include additional topics through a partnership with the Investor Protection Trust, the Alabama Securities Commission, and the Alabama Coalition Against Domestic Violence.

This “Aging: Responding to the Call” training tour is comprised of a six hour training curriculum consisting of overviews of elder abuse and domestic violence in later life, current trends and schemes by financial fraudsters, and the importance of creating a welcoming environment for those living with dementia and their caregivers.

This year, the partnership has allowed the agencies to host trainings in Millbrook and Bessemer, with Pelham being the third location on Wednesday, Oct. 2.

Pelham Mayor Gary Waters and interim Pelham Police Chief Pat Cheatwood were excited to host the event at the Pelham Civic Complex, because they know the importance of equipping local first responders with the tools needed to face the complex challenges that they face each day.

More than 100 attendees from across the state of Alabama attended the event including representatives of law enforcement, firefighters, EMS/EMT, nurses, social workers, and other public service sectors.