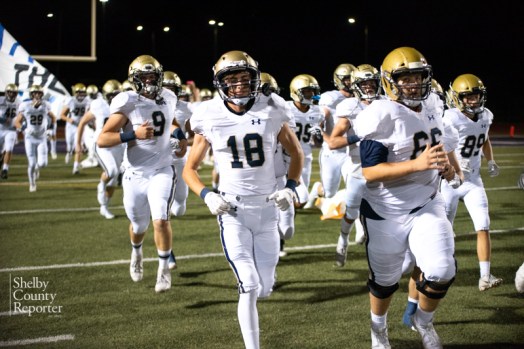 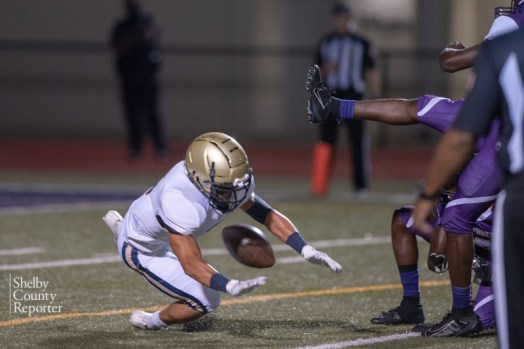 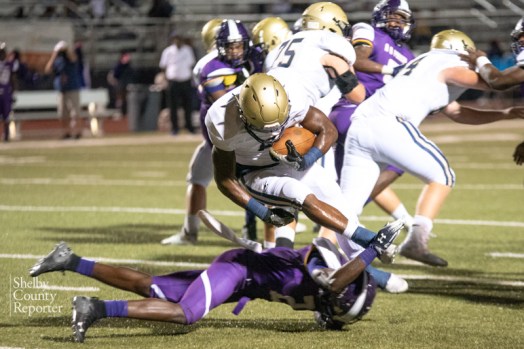 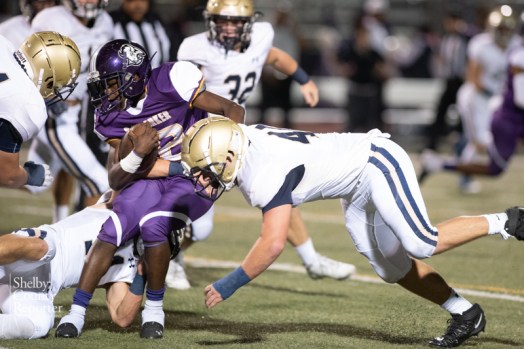 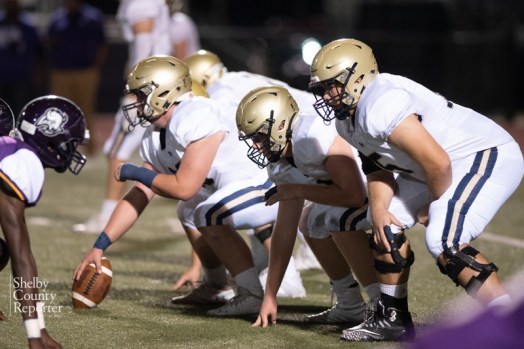 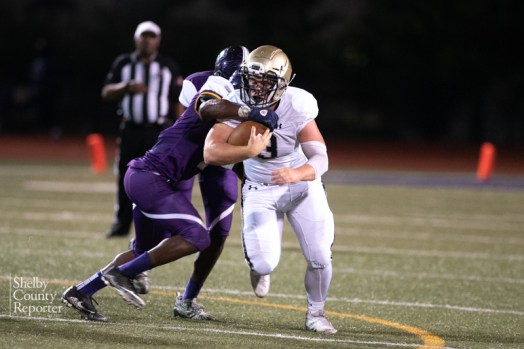 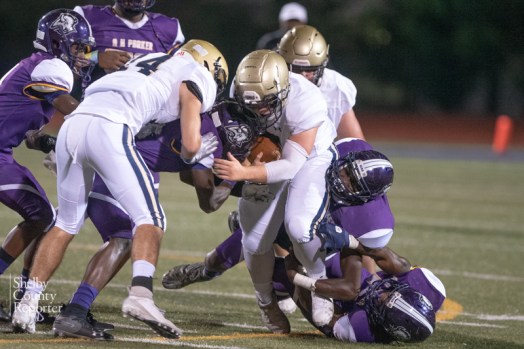 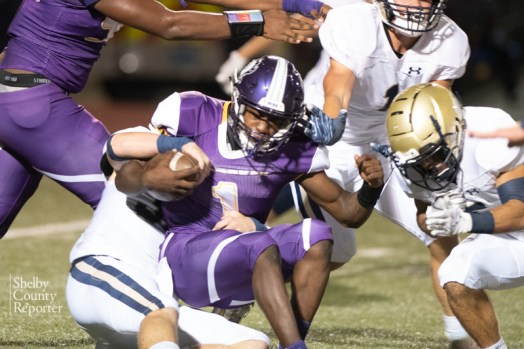 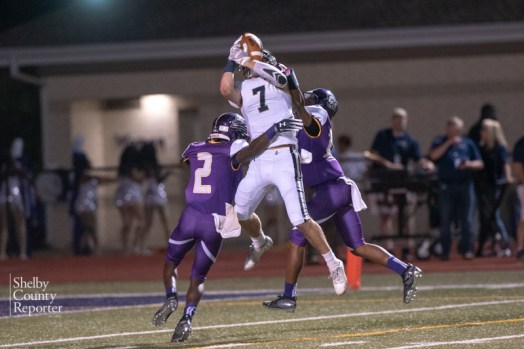 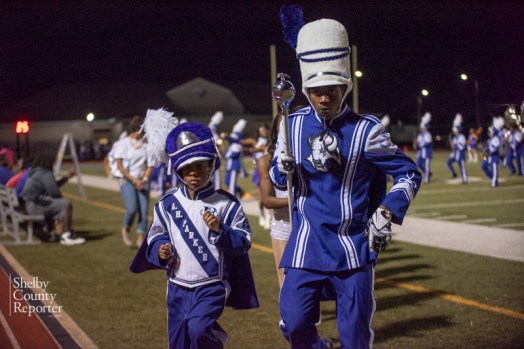 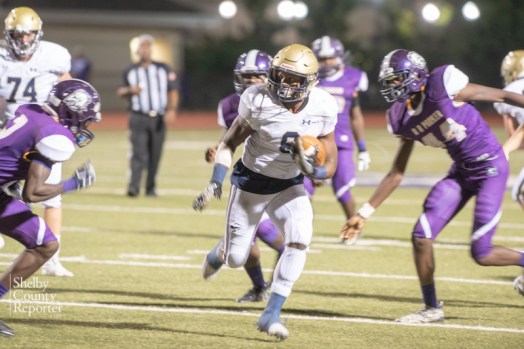 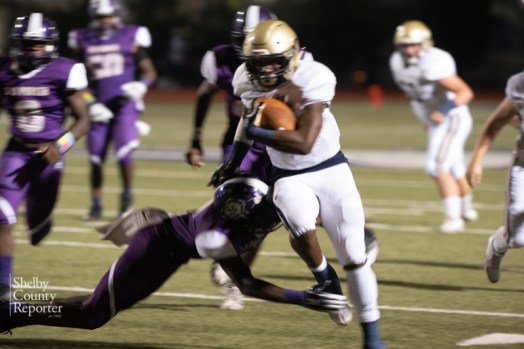 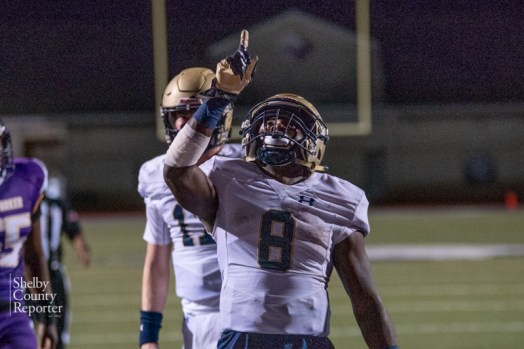 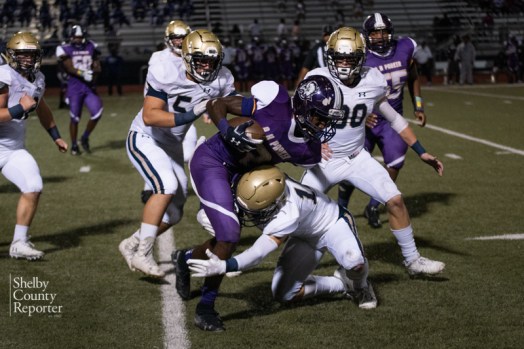 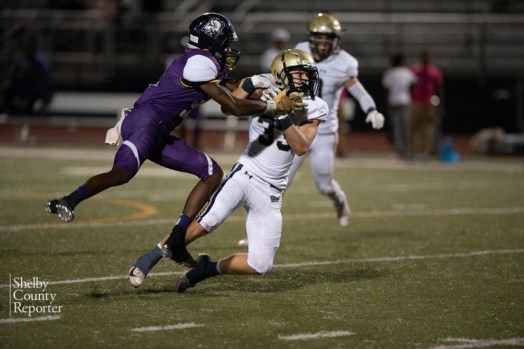 BIRMINGHAM – Luke Prewett ran for 181 yards and one touchdown, while Tyler Waugh punched in four touchdowns to help lead Briarwood to a 38-28 region win on the road against Parker on Thursday, Oct. 10.

Briarwood came in with the game plan of running the football and it worked throughout the night, as the Lions pounded the ball offensively all night, which led to Prewett reeling off several big runs, while Waugh got several goal-line opportunities in the Wildcat and made them count.

“We challenged our offense to play mistake free football and pound the running game,” head coach Matthew Forester said. “With Luke Prewett and all those seniors on the offensive line, they wanted to win and were willing to grind out the yards.”

And it showed in the first three minutes of the game when Waugh punched in his first touchdown of the game.

The Lions were able to get the ball for the first time with a short field in front of them after forcing Parker into a bad punt. After almost blocking the kick, Parker’s kicker felt the pressure and could only get it a few yards, which set Briarwood up at the Thundering Herd’s 15-yard line.

Luke Reebals than ran twice for 14 yards, before Waugh came in and capped off the quick score with a 1-yard touchdown run to put the Lions on top 7-0 just 2:47 into the game.

Parker had an early answer with an ensuing drive that went 13 plays and eventually ended in a 1-yard touchdown run. But following a missed extra point, the Lions still led 7-6 late in the opening quarter.

Briarwood was able to get a 25-yard field goal from Noah Nall early in the second quarter to extend the lead to 10-6.

After another strong defensive stop, the Lions got the ball back late in the first half.

The drive looked to be stalled after a false start eventually pushed them into a third-and-10 from just inside their own territory, but freshman quarterback Christopher Vizzina stepped up and hit Blake McKenna for a 34-yard pass to set up first-and-goal from the 4-yard line.

Waugh then stepped in again and finished the drive off with a run of a three yards and a 1-yard touchdown run to put Briarwood up 17-6 going into the half.

“It was fun to see him do a great job,” Forester said of Waugh’s performance. “This is the fifth week he’s been our short yardage guy. He can punt, he can score and he’s also a pretty dog gone good linebacker too.”

That halftime lead paved the way for Prewett to really go to work in the second half after posting 53 rushing yards and 35 reception yards in the first half.

On the first drive of the second half, Prewett carried the ball six times, including a 44-yard run on the first play of the drive, before eventually capping the eight-play drive with a 2-yard touchdown run to put Briarwood on top 24-6 with 8:24 left in the third quarter.

At that point, it looked as if the Lions were set to pull away for an easy win, but Parker and quarterback Kambree Johnson weren’t ready to give in.

The Thundering Herd responded with 14-unanswered points to pull within four points at 24-20 with 1:41 to play in the third quarter.

Briarwood, however, was able to get back to the running game on the ensuing drive thanks to more strong running from both Prewett and Reebals, while Vizina hit McKenna for another 18-yard pass.

The drive was eventually capped off with a big 2-yard touchdown from Waugh to put the Lions back in front by double digits at 31-20 with 10:14 to play.

Parker came right back down the field in a hurry again on its next offensive possession, as the Thundering Herd had scored on every possession of the half to cut Briarwood’s lead back to three at 31-28 with 6:40 remaining.

The Lions now found themselves in a back-and-forth game, but were forced to punt away quickly after going three-and-out, which gave the ball right back to a dangerous Parker offense with all of the momentum.

But Briarwood’s defense was able to flip the switch into shutdown mode in a hurry.

After a great punt put Parker at its own 10-yard line to start the drive, the Lions defense pushed the Thundering Herd back 2 yards on the drive to force a punt.

“We were giving up stuff because they were doing stuff to challenge our defense, but then the boys came up big when they needed to come up big and that’s what you know you can count on with a lot of the seniors we have,” Forester said. “I’m really proud of those guys.”

Briarwood got the ball back with just 3:44 to play in the game, and quickly got runs of 14, 5 and 22 yards from Prewett to set up first and goal. Three plays later on third-and-goal from the 1-yard line, Waugh punched in his fourth and final touchdown of the night, this time to ice the game with 38 seconds to play with his team now up 38-28.

“The offensive line plays a big part in it and all the offensive guys that get us down there. I feel kind of bad just going in there and scoring,” Waugh said with a laugh.

With the win, Briarwood has won five games in a row, including three consecutive region games. The Lions have also recently been awarded a forfeit win from their opener against Chelsea despite a 17-14 loss in the score column after the Hornets played an ineligible player in that game.

With that recent change, Briarwood is now officially 5-1 overall this season, but all that truly matters is the 3-1 record in region play with a key matchup against region-leading Ramsay on Friday, Oct. 18.