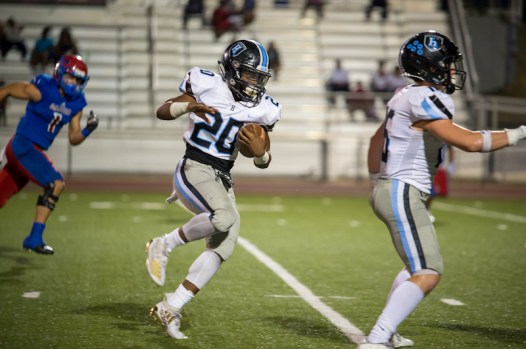 Helena running back Marquis Johnson, No. 20, had his second consecutive 250-plus yard rushing game in a row to lead the Huskies to their fifth straight win. (For the Reporter/Larry Dancy) 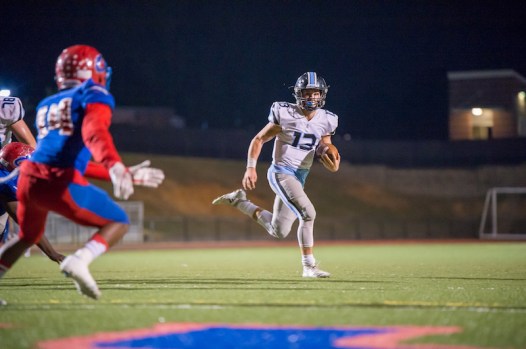 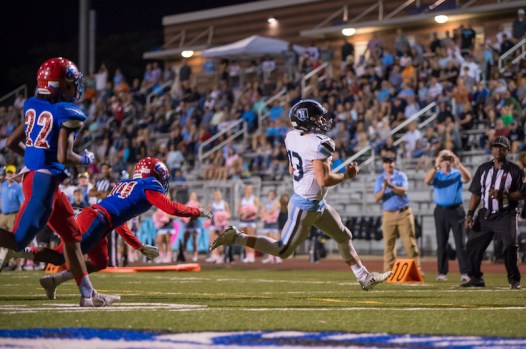 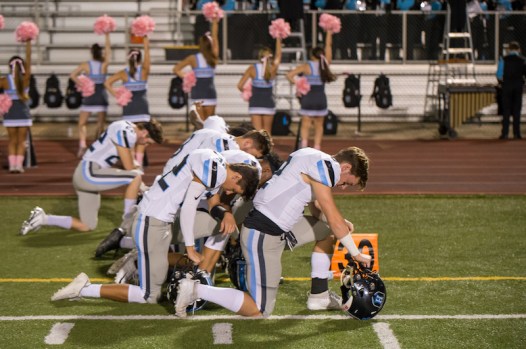 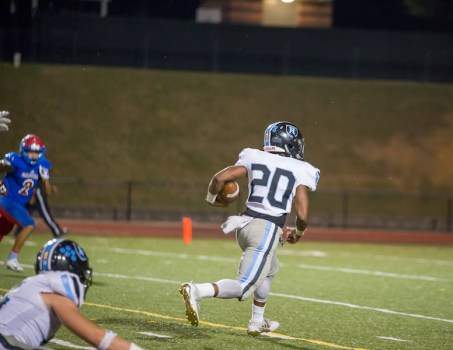 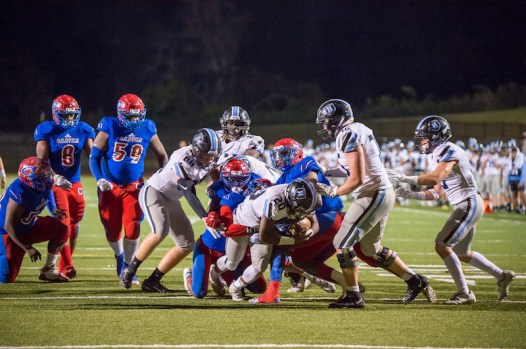 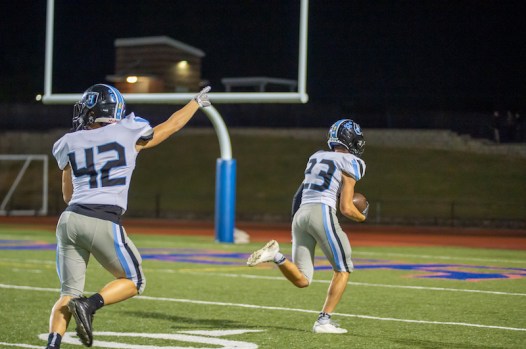 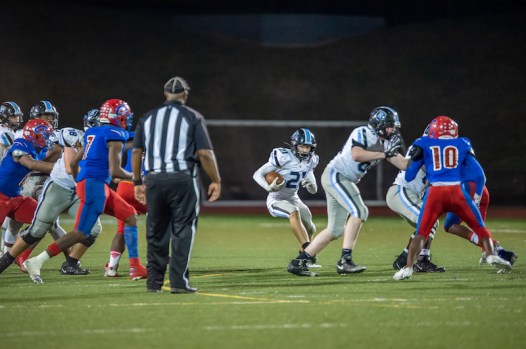 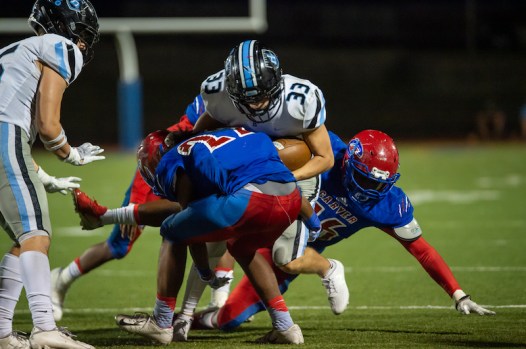 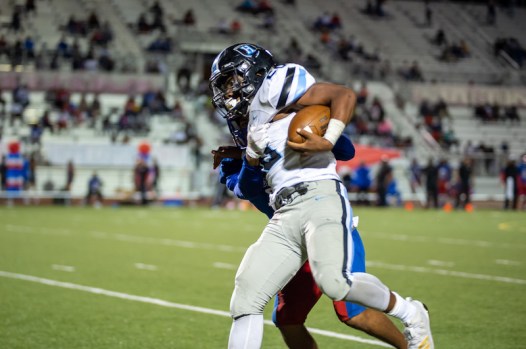 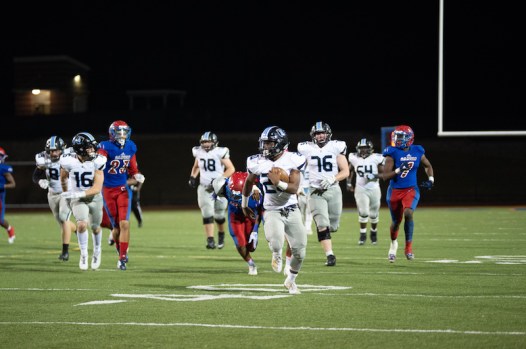 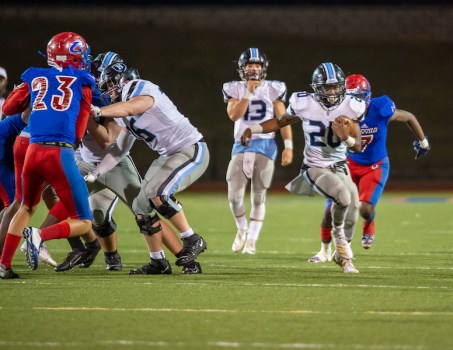 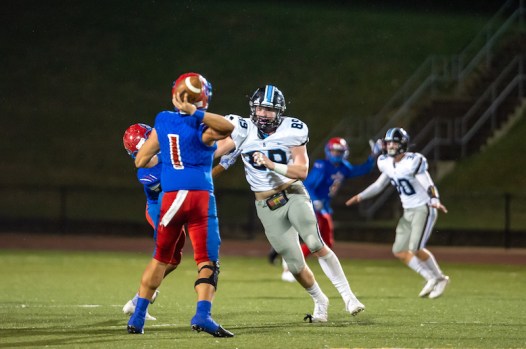 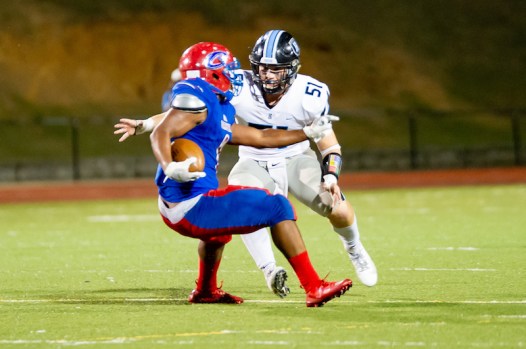 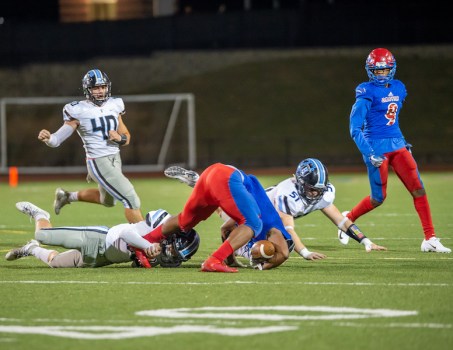 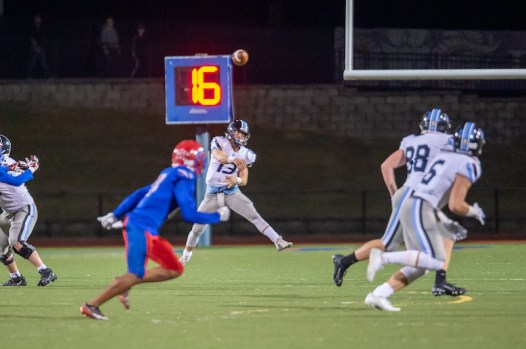 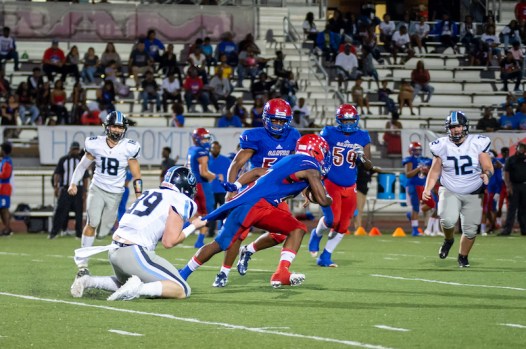 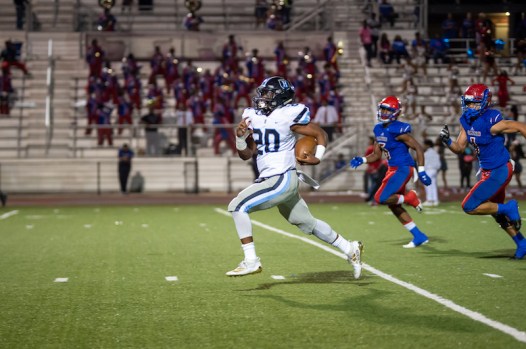 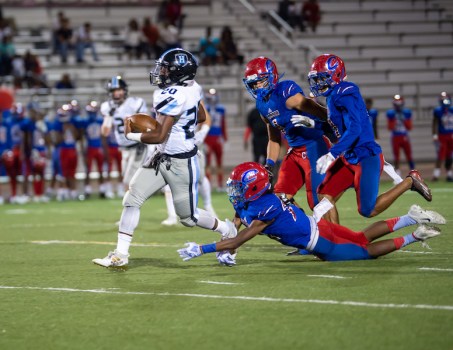 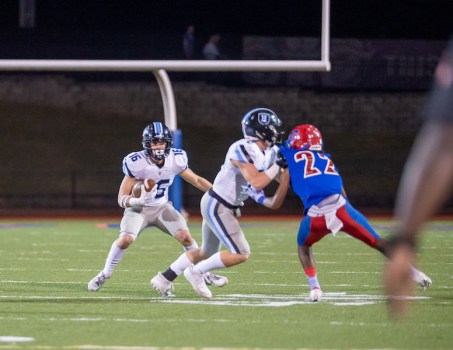 BIRMINGHAM – For the second consecutive week Helena running back Marquis Johnson ran for more than 250 yards with a 264-yard performance against Carver-Birmingham to lift the Huskies to a dominant 45-13 region victory on Friday, Oct. 11.

Johnson’s performance was part of a dominant offensive attack for the Huskies that saw them outgain Carver 515 yards to 236 yards to pick up their fifth consecutive victory and improve to 6-1 overall and 4-0 in region play.

It was a slow start for the Huskies out of the gate as they had to get over the hurdle of the emotional 31-28 win against Chelsea the week before and a day off school leading into the game.

Despite the slow start, however, they were able to score nine first-quarter points behind a 56-yard touchdown run from Johnson and a 39-yard field goal from Logan Maloney to take a 9-0 lead into the second quarter.

After a quiet first 8 minutes of the quarter, Johnson was able to finally find some more running room late in the second quarter when he rumbled 30 yards for his second touchdown of the night to put the Huskies on top 16-0.

Carver, however, had done a good job of hanging around in the half and answered on the ensuing drive. With 1:49 to play in the half, the Rams found a big pass play that went 49 yards for the touchdown to cut Helena’s lead to 16-7 heading into the halftime break.

Helena looked like the better team in the first half, but the Rams were hanging around.

That was still the case for the first five minutes of the second half, but that’s when the Huskies seemed to find the gear they had been in all season.

On a drive that benefited on a long pass play from Luke Stamba to Antonio Ruiz, Kobe Hughes was able to cap it off with a 1-yard touchdown run to put Helena on top 24-7.

That seemed to open the flood gates.

After a defensive stop, Helena went right back down the field and scored again when running back Brodie Jones ran it in from 8 yards out to put the Huskies on top 31-7 with 1:05 left in the third quarter.

Less than three minutes later, the Huskies found the end zone again when Stamba connected with Riley Marks for a 29-yard touchdown pass that extended the lead to 38-7 early in the final quarter.

Carver answered less than two minutes later, but the deficit by that point had become too large.

Despite recovering an onside kick, the Rams never were able to maintain any offensive success the rest of the game, and with 3:14 remaining, Helena running back Jeremiah Cope put the game away for good with a 16-yard touchdown run for the final score of 45-13.

Cope finished the game with 59 rushing yards and one touchdown on 10 carries, while Stamba added 54 yards on the ground in addition to his 88 passing yards.

Ruiz finished as the team’s leading receiver with 52 yards on three receptions, while Marks had 35 yards and one touchdown on two receptions.

Helena will now get set to travel to Jackson-Olin next week on Friday, Oct. 18. With a win in that matchup, the Huskies will clinch their first region title in school history.