Calera falls to No. 8 Opelika 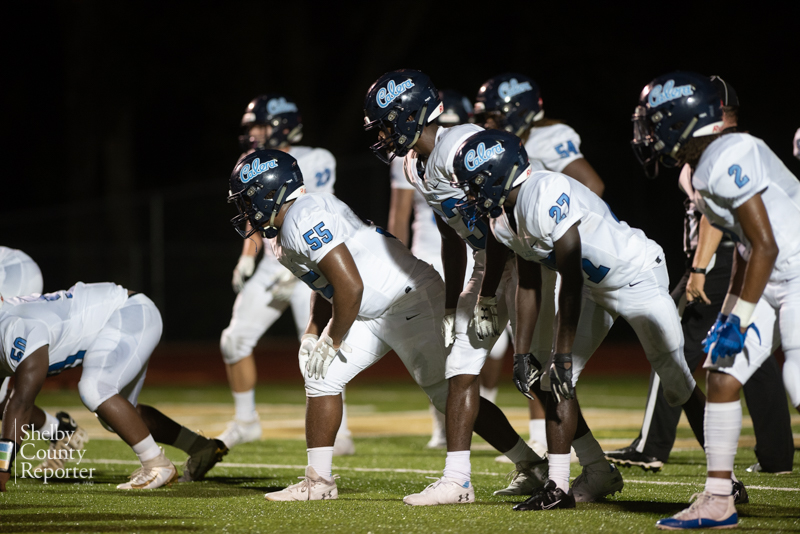 The Calera Eagles dropped their sixth consecutive game on Friday, Oct. 11, with a road loss to No. 8 Opelika. (File)

OPELIKA – The No. 8 Opelika Bulldogs used 35 first-half points to build a dominant lead over the visiting Calera Eagles on Friday, Oct. 11, and never looked back, pulling away for an easy 41-0 victory.

The loss marked Calera’s sixth in a row after starting the season with a 27-20 victory over Pelham. Since then, Calera has struggled and with the 41 points given up to the Bulldogs, the Eagles have now allowed 40 or more points in four straight games defensively.

Opelika entered this matchup as one of the best teams in the 6A classification with its lone loss coming to the defending 7A state champions in Central-Phenix City.

Early on, the Bulldogs took advantage of a Calera defense that was struggling thanks to a dominant second quarter full of points.

The Eagles held their own for the first quarter trailing just 7-0 at the end of the period, but turnovers then plagued them in the second half.

A problem for Calera for much of the year now, Opelika was able to force two turnovers in the period, which played a major role in four touchdowns in the period.

Last week against Selma, the Eagles turned the ball over on three of four possessions between the third and fourth quarters, and it made the difference in a loss.

It was similar this week as those two turnovers in the second quarter played a part in 28 unanswered points from Opelika, which put them up 35-0 at the halftime break.

That lead became insurmountable for the Eagles, and just for insurance, the Bulldogs added two field goals in the second half to create the final score of 41-0.

Calera will have one more opportunity to pick up a region win this year when the Eagles travel to Benjamin Russell on Friday, Oct. 18. Benjamin Russell has lost five of its last seven games and two in a row, giving Calera a chance to grab a big win to close out region play.