Bring Your Bible to School Day at Coosa Valley Academy 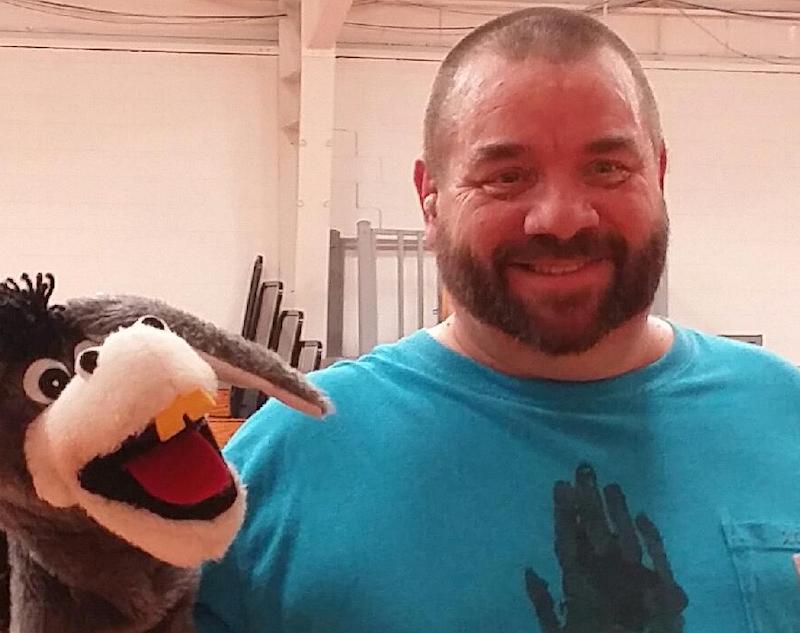 Duck Haywood tells the story of Ballaam and his talking donkey. (Contributed)

“Bring it. Share it. Live it.” was the motto for this year’s National Bring Your Bible to School Day held on Oct. 3. Thousands of students across the country participated in activities that involved sharing God’s hope and celebrating religious freedom.

Pam Lovelady, Coosa Valley Academy’s Headmaster, said, “We are trying to grow future Christian leaders.” She then introduced student leader Matt Emlick, a junior on the Chapel Committee and the football team, to lead the group in prayer.

Before transitioning into the main event, Lovelady reminded students that ranged from fifth grade to 12th grade, “You are fortunate to be able to bring your Bible to school.”

The guest speaker for this special auditorium assembly was a man affectionately known as “Duck” Haywood of Harpersville. Duck is known in the community for the ability to walk through the Bible in 30 minutes. He has entertained several audiences around Shelby County with Bible stories since his inaugural performance at the beginning of the year held at the church  he and his wife Jody attend, First Baptist Church of Harpersville. There, his passionate and vivid descriptions of stories in the Bible were shared over “Soup and a Sandwich.”

The audience at CVA was a larger group and a much younger one as well. There was an age group of about 40 children that required Duck to chart new territory. “When I was told about the younger group, I felt the need to work on something a little different, something they could relate to,” said Duck.

This challenge resulted in the story of Ballaam’s talking donkey being added to his repertoire of stories, using a puppet as the talking donkey. The approximate 10-minute show turned out to be totally appropriate for the K-fourth grade audience and based on the laughter; entertaining as well.

Duck’s 30-minute walk through the Bible was also well received by the older, behaved group of students who respectfully listened, did not play with their cell phones, and even flipped through the Bibles they brought from home as they followed along. All of this despite the very warm auditorium scattered with fans attempting to compensate for the unseasonably hot weather of the day.

At the conclusion, as students were leaving, several seniors stopped to address their former youth basketball coach: “Good job, coach: 29 minutes and 17 seconds. You did it in under 30!”

“This was just wonderful,” said Lovelady. “Thank you, it was an honor, this is Jody’s alma mater, making it was especially meaningful,” said Duck.

Talking with Duck and Jody, Lovelady shared that she had recently walked through the boy’s locker room and noticed in one of the lockers there were football cleats, pads and a helmet. On the top shelf was a Bible. “The Bible was part of his equipment,” said Lovelady.

As everyone smiled Lovelady endearingly said, “It’s that kind of moment that makes it all worth it. We know we are making an impact.”