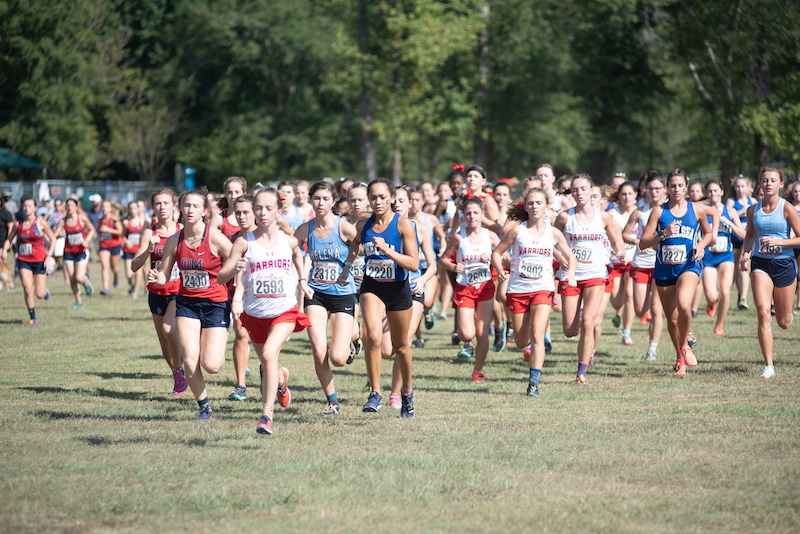 Chelsea’s Teanna Cason, above, won the 2019 Helena Invitational, while the host Huskies won the overall title as a team. (Reporter photo/Keith McCoy)

HELENA – Chelsea’s Teanna Cason claimed her first cross country victory for the Hornets at the 2019 Helena Invitational on Saturday, Oct. 12, to continue an impressive season.

Finishing with a time of 20:39.88, she won the race by 20 seconds over Helena’s Ana Watters, both of who have been two of the state’s stronger runners so far this season.

Watters has also been on the verge this season and now has three top seven finishes on the year, with this second-place finish now being her best of the season so far.

She also played a key role in the Huskies winning the overall team title in their home event with four finishers inside the top 10.

Cason helped the Hornets pick up a finish of third in the team standings, while Oak Mountain finished just behind in fourth.

Oak Mountain’s Lauren Cole was the next highest finisher behind the top two, as the eighth grader for the Eagles claimed fourth in the event with a time of 21:11.98 in one of her first varsity events.

The Panthers also saw another top 20 finishers in Zitaly Pacheco, who claimed 19th with a time of 24:21.82.