Hoover Police seek pair in connection with breaking and entering, fraudulent card use 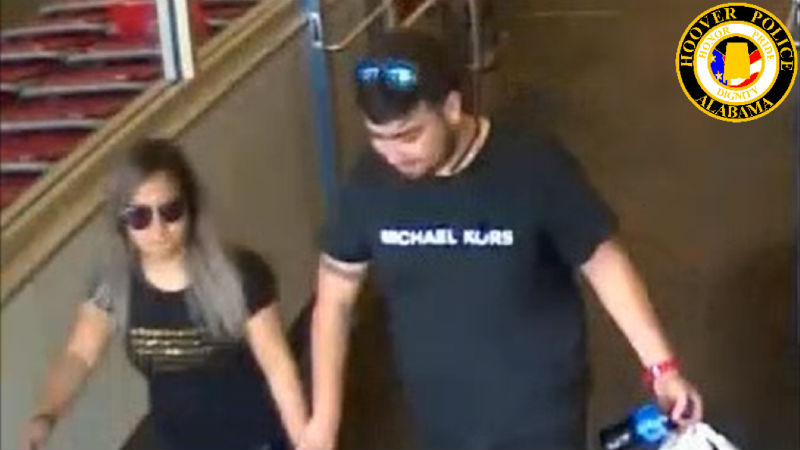 Hoover Police are seeking information about these subjects in relation to a case of breaking and entering, and fraudulent use of a credit card. (CONTRIBUTED)

HOOVER – The Hoover Police Department is trying to identify two people for questioning in felony cases of unlawful breaking and entering a motor vehicle, and fraudulent use of a credit card.

The victim’s credit card was then subsequently used at the Target store off U.S. 280 to make more than $1,200 in fraudulent charges, according to HPD.

The subjects are believed to have been captured on surveillance footage from the store.

Anyone who recognizes the subjects or knows anything about them or this case should contact Hoover Police Department Sgt. Reggie Parker at 739-7448.

Anonymous tips can be left at HooverPD.com/submit-a-tip.php.

Tips can also be left through Crime Stoppers of Metro Alabama at 205-254-7777 or CrimeStoppersMetroAL.com. You will remain anonymous and eligible for a cash reward if the tip to Crime Stoppers leads to an arrest.

No information is known about any vehicle affiliated with the subjects.