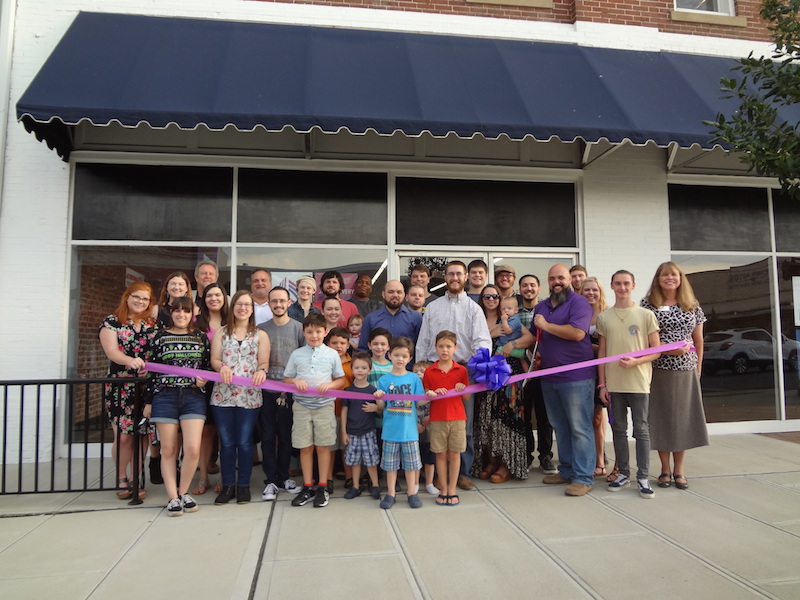 MONTEVALLO – Before Marcus Mullet and his family embarked on the journey of opening Provenance Church in downtown Montevallo, he was immersed in leading a college ministry in Alabaster.

Mullet did not know the next chapter of his work would take him directly to the heart of a college town in Shelby County.

On Oct. 3, about a month after the launch of Provenance Church’s public services, Mullet was surrounded by family, staff members, Montevallo Chamber of Commerce representatives and other supporters as he cut the ribbon outside the church building at the corner of Main and Shelby streets.

“It’s been really amazing,” Mullet said of the church’s formation, starting with his and wife Mariah’s decision a couple of years ago to plant a church in Montevallo, and then purchasing and renovating what was formerly a karate dojo downtown. “We have gotten good support from the city.”

Westwood Baptist Church in Alabaster, where Mullet served as college pastor for about five years, was the sending church for Provenance Church.

Mullet’s time at Westwood reinforced his passion for reaching college students, a population he said can sometimes fall through the cracks in terms of church involvement. 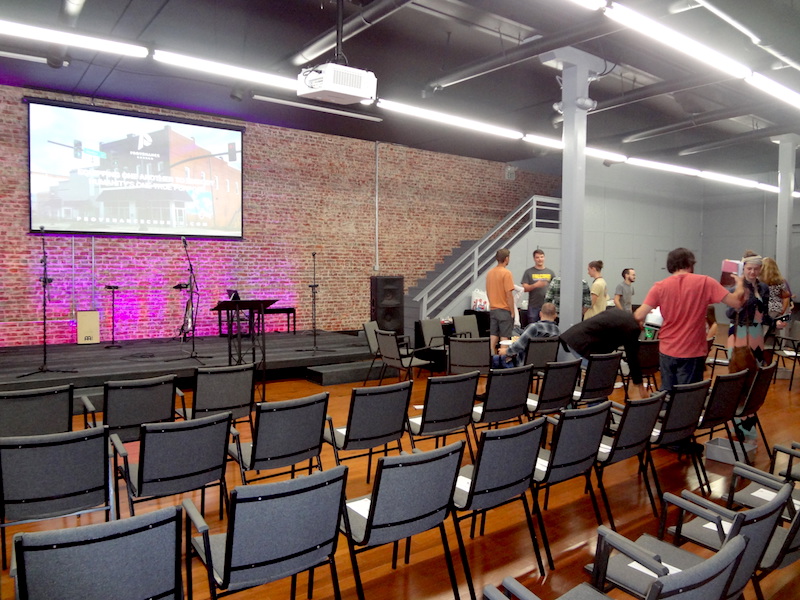 Renovations on the building, which formerly housed a karate dojo, started in March and included repainting the walls and installing audio/visual equipment in the worship area. (Reporter Photo/Emily Sparacino)

But Mullet’s vision for Provenance also includes the greater community—for the church building to be a place where anyone, regardless of age, can come for worship, Bible study, free counseling services, group activities or just to relax and socialize for a few minutes during the day.

“We really emphasize this idea of being together and community,” Mullet said. “We are a collegiate and community church. So, the question I was trying to answer for the church space was how can it be a place that serves the community we’re trying to reach?”

A significant part of the answer to his question is the building – a large, multilevel space situated in the center of the city, within walking distance of the University of Montevallo and many homes and businesses.

Mullet had looked at the building when it was vacant, but was unsure how the church would ever be able to afford it. He said he believed it would take a miracle and began praying that God would make a way if it was in his will to do so.

In December, Mullet found out another church was giving Provenance Church a large donation to help with expenses.

The donation allowed Provenance to pay for the building on Main Street in cash.

“This is an unbelievable location,” Mullet said. “We love it. It allows our people to connect with the community by serving them in our space. We really hope we can have an impact.”

Renovations started in March and included repainting the walls throughout the building, installing audio/visual equipment, creating a kids’ area and turning a large area on the second floor into a community gathering space, complete with comfortable seating, a TV and a kitchen.

“We chose the word ‘Provenance’ as our church name because it means ‘a place of beginning,’” Mullet said. “Our hope is that Provenance Church would be ‘A Place Of New Beginnings,’ where many people can begin their faith journey with Jesus Christ. For some people this will be their first time, and for others, Provenance can be a new start that fully equips them to live out the purpose they were created for.”

Provenance Church’s weekly worship gathering starts at 5 p.m. each Sunday with nursery available for kids ages 4 and under.