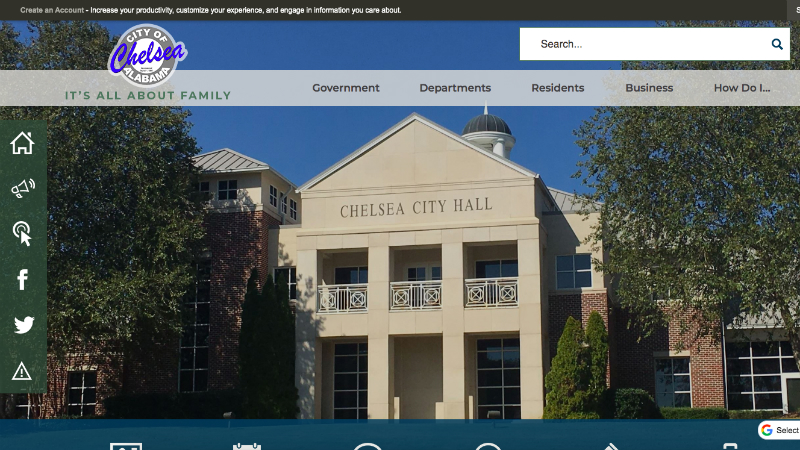 Chelsea has unveiled a new site at CityofChelsea.com. (CONTRIBUTED)

CHELSEA – A new website for the city of Chelsea was unveiled at the City Council meeting on Tuesday, Oct. 15.

Media Director Wayne Morris led the eight- to nine-month effort to develop the site, which can be found at the familiar CityofChelsea.com, and walked through its features and capabilities during the meeting.

“This is an exciting day,” Morris said about the unveiling, though the site has been live for several days as part of a “soft launch.”

The site serves to sell the city and serve residents, Morris said.

A key feature is the site’s responsiveness across several platforms such as web browser, tablet and mobile phone.

“We wanted to make sure that navigation was something that was easy and intuitive,” Morris said.

A main calendar will be available on the site, but so will calendars specifically for areas or departments such as the library, and parks and recreation.

“Every citizen will have the opportunity to subscribe to those calendars so that they will be notified when an event is posted,” Morris said.

Users can also create an account and then subscribe to receive various notifications via email or text for things such as school closures and severe weather.

Morris thanked all those who had a hand in developing the new site.

“Having multiple eyes and multiple brains thinking about this site was critical,” he said.

Morris and Mayor Tony Picklesimer encouraged residents to visit and familiarize themselves with the site to receive maximum benefits.