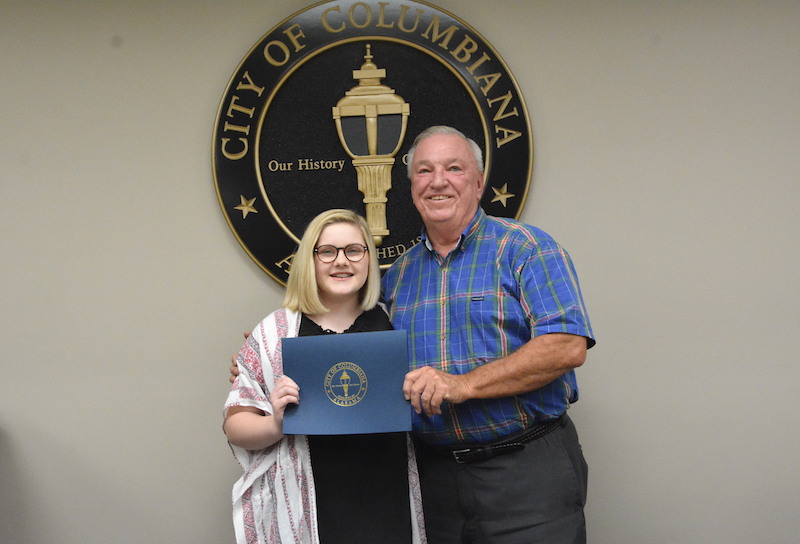 The proclamation designates October as Dyslexia Awareness Month in Columbiana and states that residents may wear red clothing and display a red porch light in support of children and adults with dyslexia.

“We’re always happy to proclaim for a good cause,” Mayor Stancil Handley said, noting dyslexia is sometimes mistaken as a vision problem in children. “It’s really frustrating for these students.”

Dyslexia is defined on the International Dyslexia Association website as a neurological condition caused by a different wiring of the brain, and for which there is no cure, meaning children and adults diagnosed with dyslexia must form coping strategies to combat the condition.

An estimated one in five students have dyslexia, according to the proclamation.

Shelby County High School students Abigail Rush and Logan Starnes are advocates for dyslexia awareness and contributed to the proclamation.

Rush and her parents attended the council meeting to accept the approved proclamation.

“This is a good proclamation, and I’m happy to make it,” Handley said.