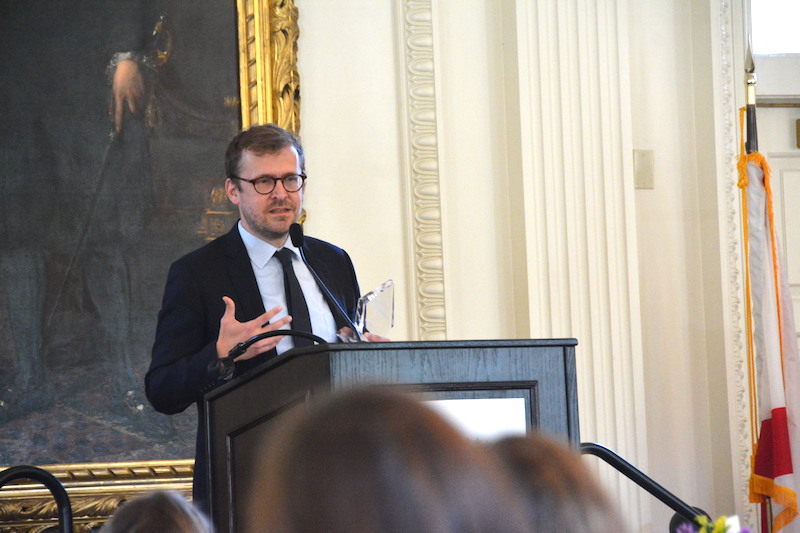 MONTEVALLO – The 10th annual Hometown Heroes Breakfast on Oct. 11 at the American Village highlighted more than a dozen honorees for their achievements and contributions to the city.

In her opening remarks, Mayor Hollie Cost noted the high caliber of those being recognized, including students from various grade levels, public servants from different departments and residents who grew up in Montevallo before landing prestigious roles in other areas.

“Every year it is amazing to see the amount of leaders we have in the community and the schools,” Heuton said. “Everyone has the potential to be a leader, regardless of age or background. You just need to find a place.” 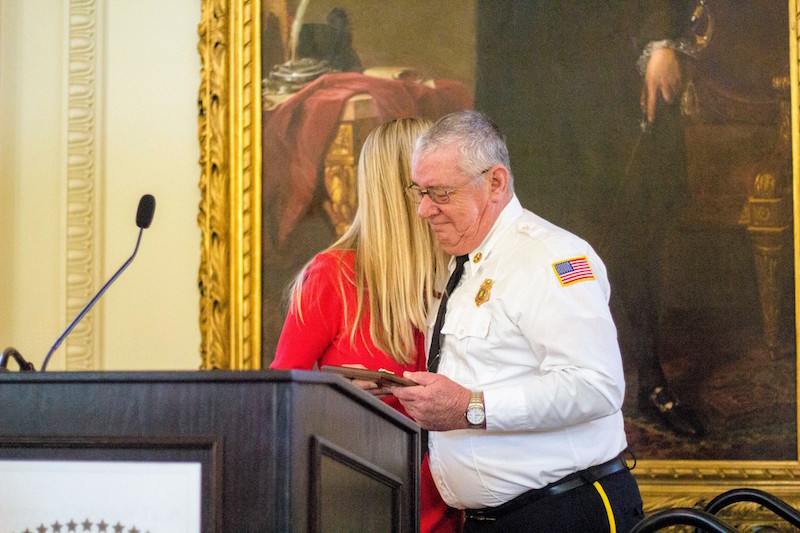 Reid served as fire chief for 22 of his 49 years with the Montevallo Volunteer Fire Department.

“It is my great honor to present him with a key to the city,” Cost said, proclaiming Oct. 11 as Bill Reid Day in Montevallo. “We truly wouldn’t be where we are without you. Thank you so much, Bill.”

Cost presented the Elizabeth A. Mahler Spirit of Montevallo Award to Terry Arnold, whose family has been instrumental in the formation of Shoal Creek Park.

Arnold and his wife, Sarah, made a sizable donation to the city to fund one of the park’s bridges over Shoal Creek and name it the Frank Arnold Bridge in memory of their son.

The 2019 Hometown Hero Award recipients were:

The event’s keynote speaker was Lindsay Puckett with the Regional Planning Commission of Greater Birmingham, which will lead the process of updating Montevallo’s comprehensive plan.

Puckett shared an overview of Montevallo’s history, noting she has an ancestor who was a part of the making of the city.