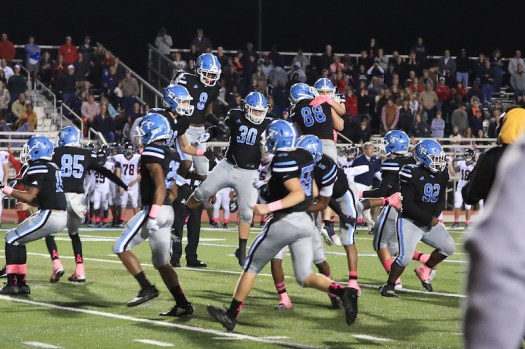 The Spain Park Jaguars celebrate after winning a thrilling double-overtime game against rival Oak Mountain on Friday, Oct. 18. (For the Reporter/Dawn Harrison) 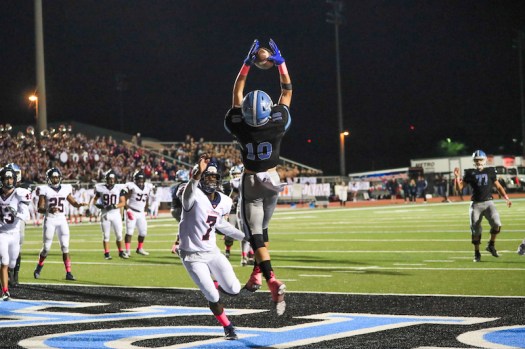 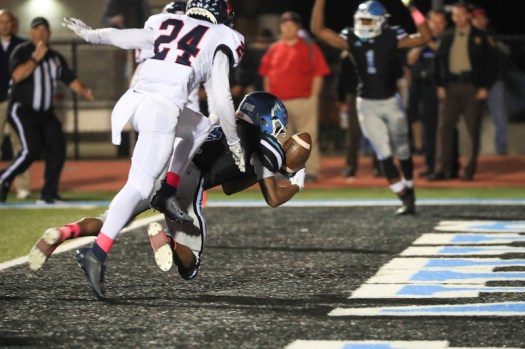 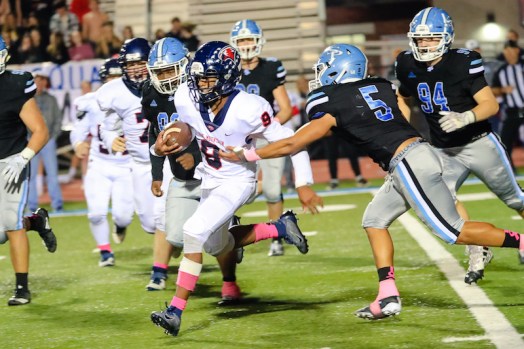 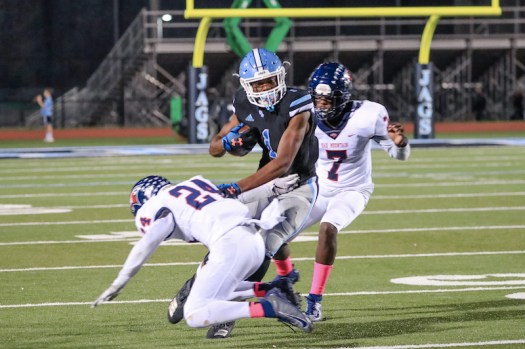 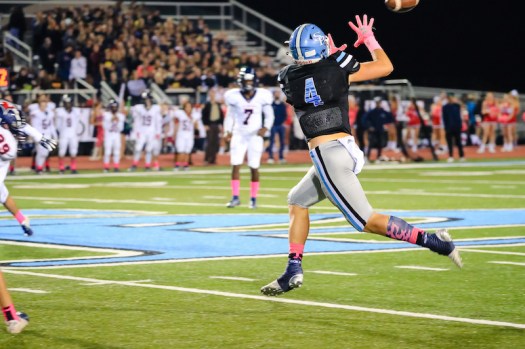 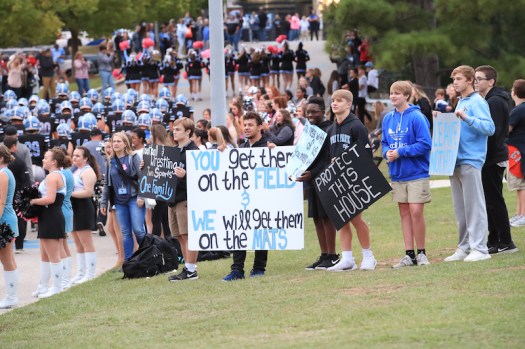 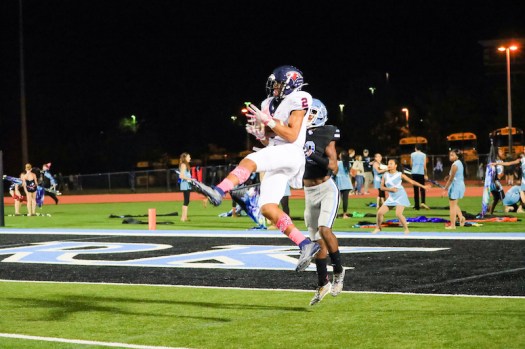 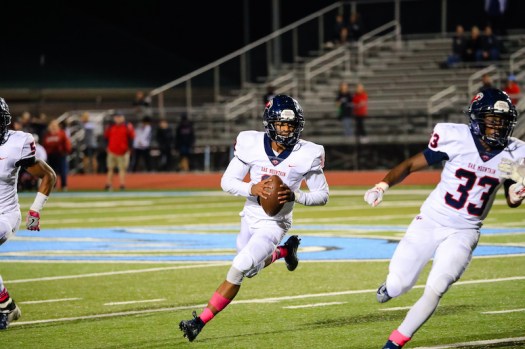 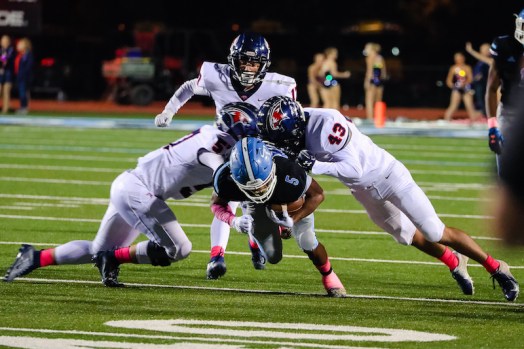 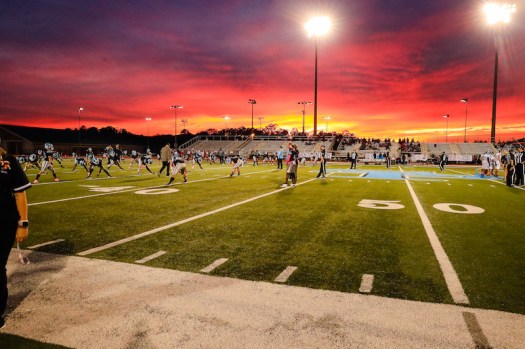 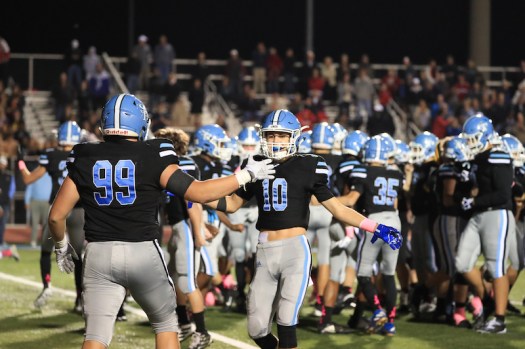 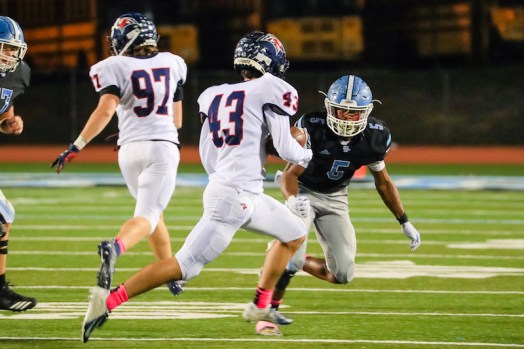 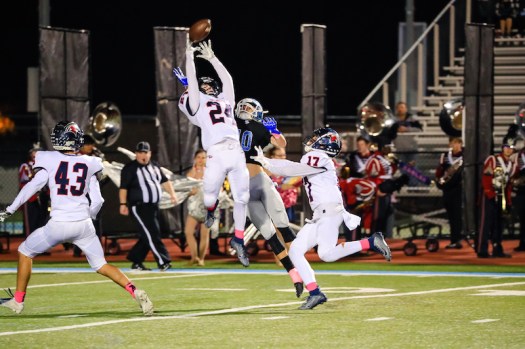 HOOVER – Spain Park fought back from a 14-0 halftime deficit and stopped visiting Oak Mountain on the 2-yard line in the second overtime for a 35-28 win on Friday, Oct. 18.

Oak Mountain quarterback Evan Smith accounted for the only two scores of the first half, the first on a 16-yard pass to Noah Young with 3:29 remaining in the first quarter and then a 2-yard run with 1:05 left before halftime.

Hogan Morton was good on both of the point-after attempts.

Spain Park finally found paydirt on a 64-yard pass from Harrison Barker to Jaylen Ward with 3:26 on the clock in the third quarter, and the Jaguars tied the game at 14-all on a 52-yard pass from Barker to Ward a couple of minutes into the fourth quarter, following extra points by Drake Tabor.

The Eagles reclaimed the lead with 4:50 left in the game on a 24-yard run by Judah Tait, but their defense could not make the edge hold up, as Michael Callens ran it in from 4 yards out with 47 seconds remaining to send the game into overtime.

Smith accounted for his third touchdown of the night on a 4-yard run in the first overtime, but Spain Park answered with a 5-yard pass from Barker to Cooper Kelley.

SPHS scored another touchdown, on a 13-yard pass from Barker to Kelley, and then the defense held on for the win.

Smith completed five passes in nine attempts for 100 yards and also led his team in rushing with 79 yards on 20 carries.

Barker was almost flawless throwing the football, completing 26 passes in 33 attempts for 337 yards.

Ward was his favorite target, with 190 yards on nine grabs, and Jacob Jenkins had eight receptions for 85 yards.