Shelby County picks up first win of season at Central 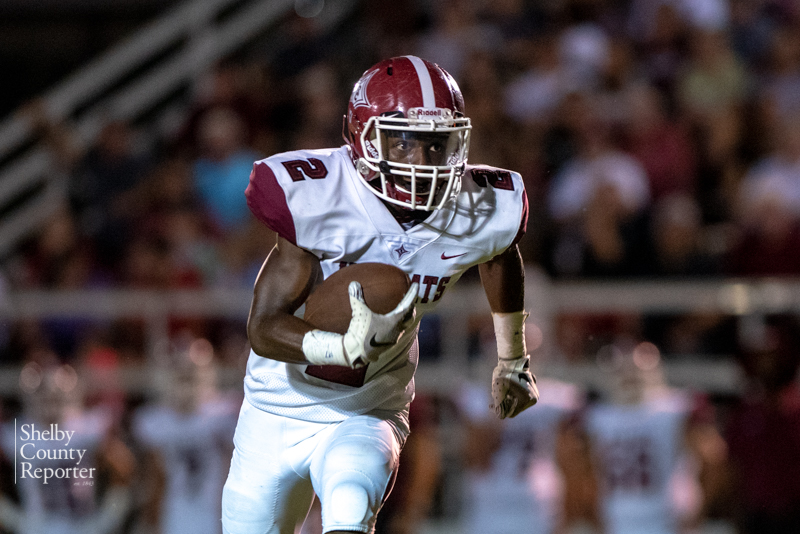 The Shelby County Wildcats picked up their first win of the season with a road victory against Central-Tuscaloosa on Friday, Oct. 18. (File)

The Wildcats pulled out a 28-14 victory, putting on a defensive show for their supporters who made the trip with them.

The game’s turning point came in the final seconds of the second quarter, after Central-Tuscaloosa had driven the ball down to the Shelby County 1-yard line. The Wildcats stopped Central at the line of scrimmage, then tackled for a loss. On third down, Central made their way back to the 1-yard line but then Isaac Montgomery intercepted the ball to keep the score tied at 14 at halftime.

“It’s always good to get a win on the road. It’s good to get a win anytime,” Childers said. “We got some healthy guys back, and our kids played hard. The players and the coaches didn’t quit, and we were able to reap some benefits from that tonight.”

On their opening drive, the Wildcats made their way down the field with seven straight runs and scored first on a 1-yard touchdown. The Falcons answered quickly as they returned the ensuing kickoff 89 yards for a touchdown with 7:17 left in the first quarter.

Near the end of the first, Central scored again courtesy of a 6-yard Javonta Leatherwood touchdown run. Shelby County evened the score in the second, and then came their season-defining goal line stop.

Following a scoreless third quarter, Shelby County went up 21-14 with 8:56 left in the game.

The Wildcats passed another test when they found themselves in a fourth-down situation on their own 38-yard line. A successful fake punt conversion set up a 19-yard touchdown run to put the Wildcats up 28-14 with 2:47 remaining in the game.

Shelby County will now get ready for Jemison on Friday, Oct. 25.