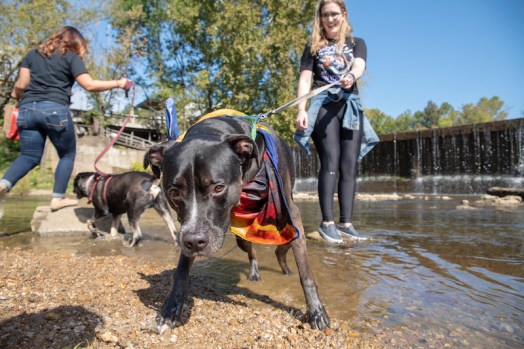 Thousands came out to the Helena Amphitheater on Sunday, Oct. 20, for Two-by-Two Rescue's Barktoberfest that featured vendors, food trucks, an off-leash play area, an adoption center and much more. (Reporter Photos/Keith McCoy) 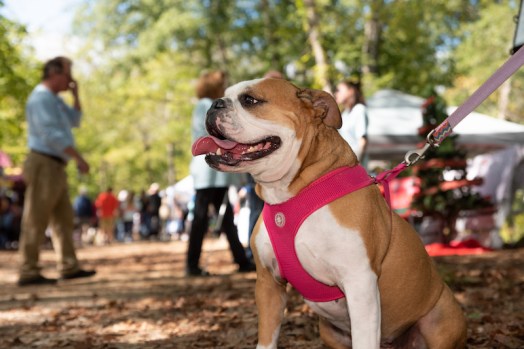 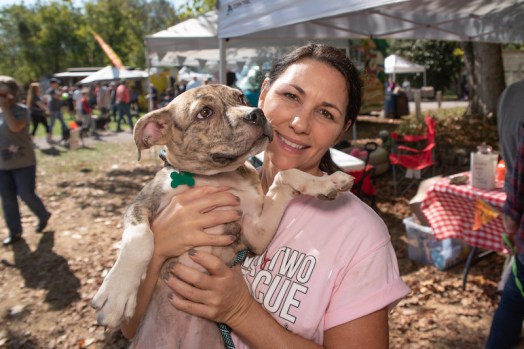 Lisa Hall holds Jupiter, one of many dogs that were up for adoption at this years event.

HELENA – There was plenty of wagging and a whole lot of good boys and girls at the Helena Amphitheater the afternoon of Sunday, Oct. 20, as Two-by-Two Animal Rescue hosted the fifth annual Barktoberfest.

Each year, Barktoberfest has grown in popularity and this year was no different, as thousands of people and their furry friends made their way to Helena for an afternoon of fun.

“This year we have more than 100 volunteers and we had more than 60 vendors sign up,” Nolan said. “We’ve already had about 900 people come through so far.”

The 900 people who went through was an estimate just one hour into the event, which featured specialized dog vendors, food trucks, a kid’s zone with bouncy houses, face painting, pony rides, a silent auction, a bake sale, door prizes, pumpkin painting and more.

For pets, there was an off-leash dog park for running and playing, low-cost vaccines and microchips, a gift shop with Two by Two Rescue gear, a photo booth and an adoption center where several dogs were available for adoption.

Two-by-Two Animal Rescue is a 501 C (3) no-profit, no-kill organization. Two-by-Two began in 2002 when Sonya King began feeding strays in Old Town Helena, according to their website.