Chelsea beats Pelham for area championship, both headed to regionals 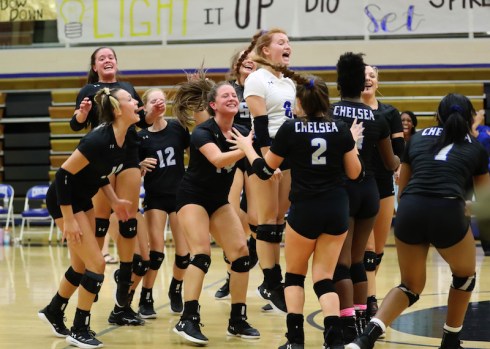 The Chelsea Hornets celebrate after winning the 2019 area championship over county rival Pelham. (For the Reporter/Cari Dean) 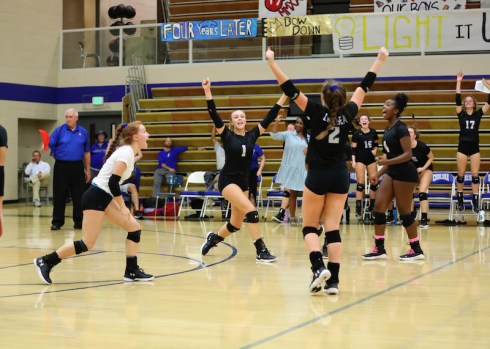 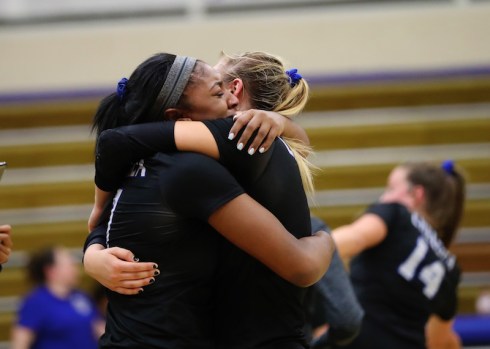 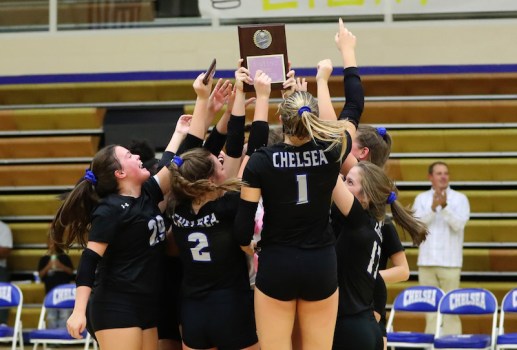 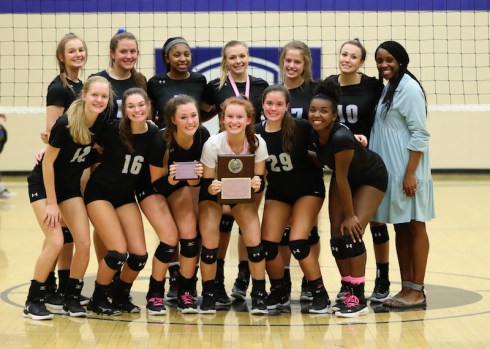 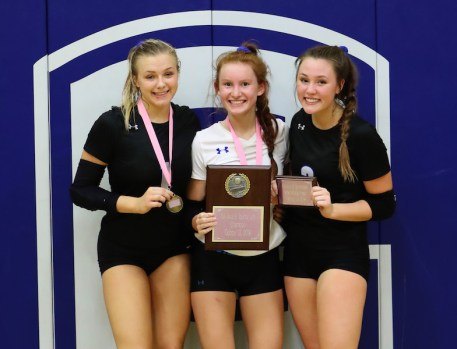 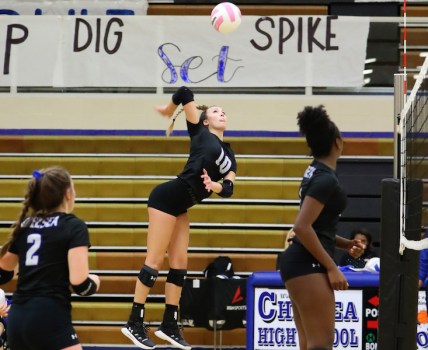 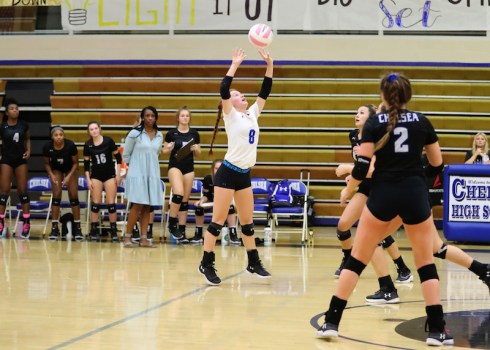 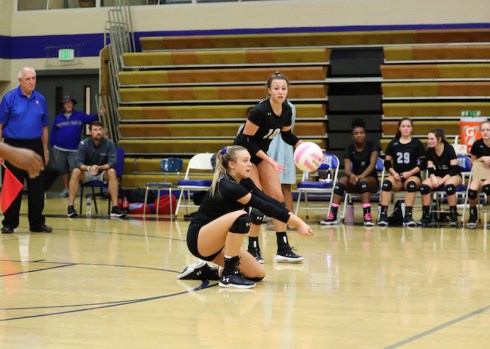 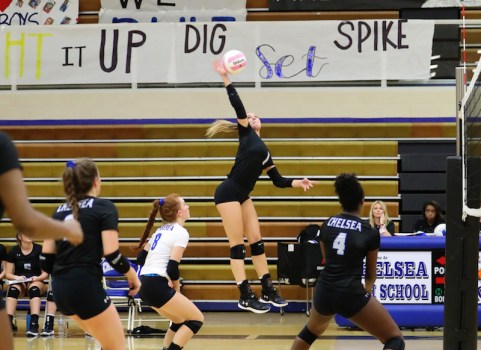 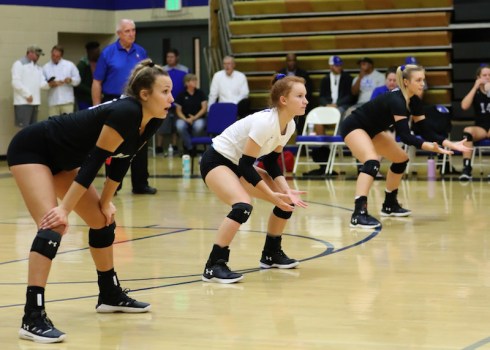 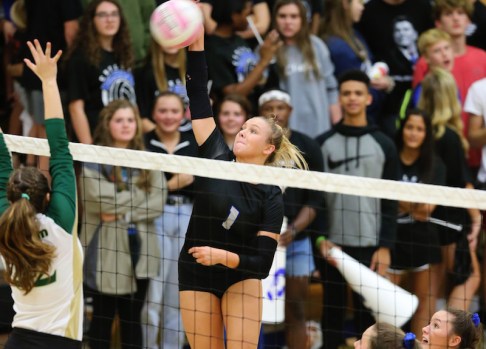 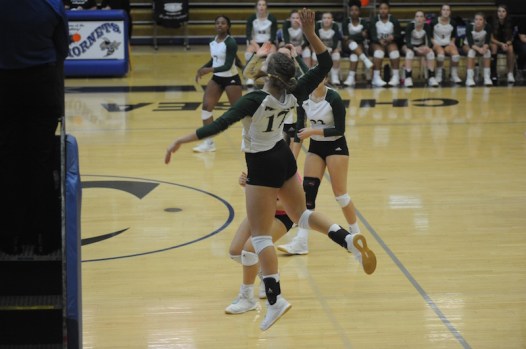 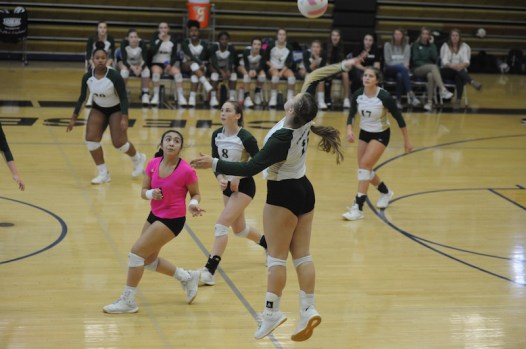 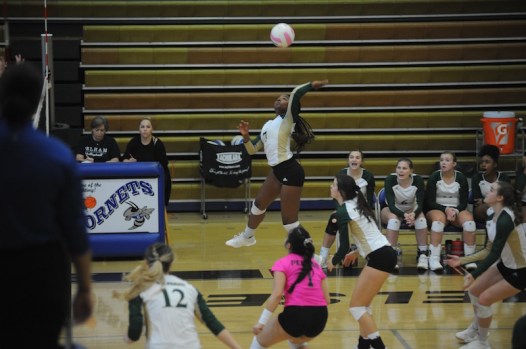 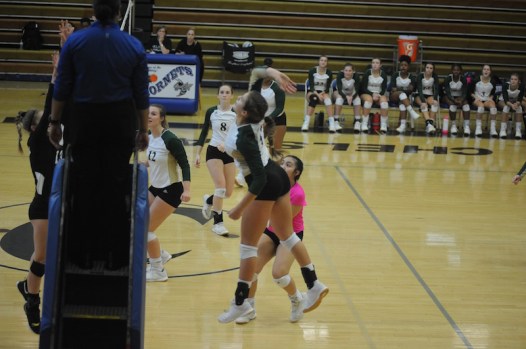 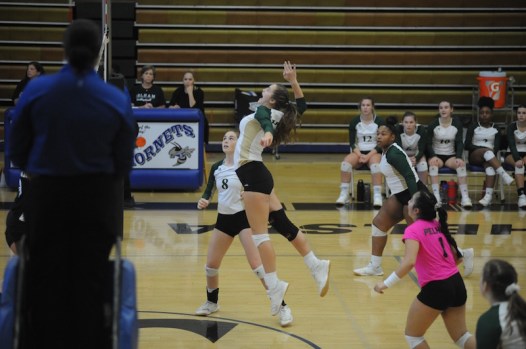 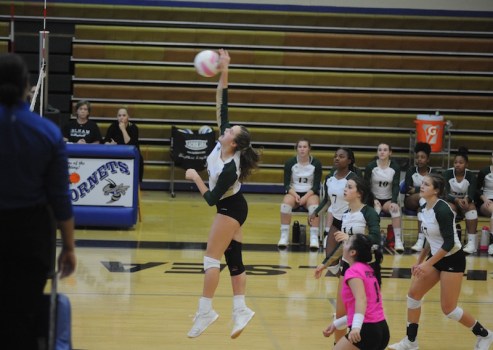 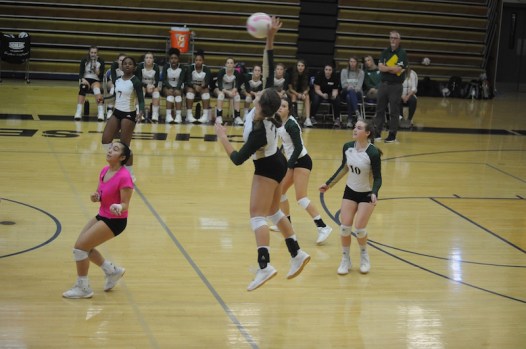 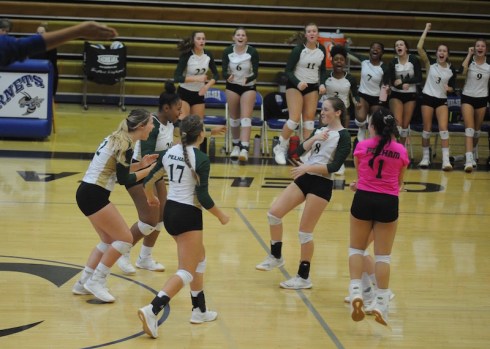 Squaring off against the Pelham Panthers in the area tournament championship for the second consecutive year after beating Calera to open the tournament on Tuesday, Oct. 22, the Hornets were able to pick up a 3-1 (25-16, 26-28, 25-19, 27-25) victory.

But that final score doesn’t tell the story of the compelling match that took place between the two county rivals who split their regular season matchups.

What does are the 25 combined ties, 14 combined lead changes and two thrilling sets that made the difference in the outcome.

In the opening set of the match, the two gave us a flash of what was to come in the second and fourth set when they battled to a 7-7 tie. But eventually, the Hornets took control of the first set with a 7-0 run to take a 14-0 lead.

The second set is where it got extremely interesting.

Chelsea raced out to a 4-1 lead and looked to have all of the momentum in the match, but Pelham has been in pressure packed situations several times over the last several years and didn’t panic.

The Panthers battled back to eventually take a 9-8 lead and went on to eventually extend the lead to two points at 14-12 and 21-19.

But the lead never grew any larger the rest of the set as the teams ended up tied 10 times throughout the thrilling set. The Hornets eventually took the lead at 22-21 following back-to-back Hope Wright aces, but Pelham came right back with two straight points to regain the lead.

This time, the Panthers didn’t relinquish it again. It didn’t come without some fight, however, as Chelsea staved off three set points to send the two teams into a 26-26 tie.

Pelham, however, was able to dig deep and close out the set with two consecutive points to pick up a 28-26 win, but more importantly, the Panthers avoided the dreadful 2-0 hole by evening the match at 1-1.

Chelsea, however, quickly regained its composure and came back with a strong third set.

Pelham jumped out to a 2-0 lead looking to carry over momentum from the second-set victory, but the Hornets quickly responded with an 8-2 run to take an 8-4 lead.

After getting to within two that final time, Chelsea earned serve back and Bailey Drew McIntyre didn’t give the ball back. She won four consecutive service points, while Amaya Rudolph put away the final kill for the 25-19 set victory and a 2-1 advantage in the match.

Forced to win the fourth set to keep the match going, Pelham came out with an extra gear taking an early 10-4 lead. The Panthers’ play was almost flawless for that stretch, but Chelsea is a team that is too talented to get blown off the court.

The Hornets came back with an 8-2 run to even the set at 12-12, which led to more back-and-forth play with several ties and lead changes.

Chelsea eventually took an 18-16 lead, but Pelham not only battled back to tie the set, the Panthers went on to take a 23-20 lead behind a 7-2 run.

Two points away from forcing a fifth-set tie break, the Panthers looked to be in good shape, but Chelsea remembered the heart break from last year and switched into a different mode.

With the win, Chelsea claimed the 2019 area tournament championship, while also advancing to regionals on Friday, Oct. 25.

In the first match of the area tournament, Chelsea was able do down Calera in straight sets (25-7, 25-14, 25-14) to advance to the area title matchup and end the Eagles’ season.

Chelsea, being one of the best teams in the state, asserted its dominance in the first set with a 25-7 victory and built confidence off of that in each of the next two sets.

The second set was tighter for a while with Calera battling to within one point at 13-12. But from that point forward, it was all Hornets. Chelsea went on to finish the set out with a 12-2 run to pick up a 25-14 victory.

That shift near the end of the second set carried into the third, as the Hornets got off to a 14-0 start behind the serve of Bailey Drew McIntyre. They never looked back and went on to close out their second 25-14 victory of the match to complete the sweep.

After a slow start in the first set that saw Pelham fall into a 23-17 deficit late, the Panthers not only came back to win the opening set against Helena, but went on to win the next two 25-15 and 25-17 to advance and end their rivals season.

In the opening set, a young scrappy Helena team that has gotten experience and confidence throughout the season came out and led throughout thanks to a strong early start. Pelham trailed by four on multiple occasions before eventually falling behind 23-17.

The Panthers, however, battled back to eventually tie the match at 24-24, before staving off match point and winning the opening set 27-25.

That paved the way for Pelham to pick up the straight-set victory as Helena poured a ton of energy into the first set and walked away empty handed.

With all of the momentum, the Panthers jolted out to a 14-2 lead, before eventually pulling away for a 10-point 25-15 victory.

Pelham went on to lead the entire way in the third set as well following an early 8-1 lead, eventually picking up a 25-17 victory to complete the sweep.