Sanders serves others through work, ministry 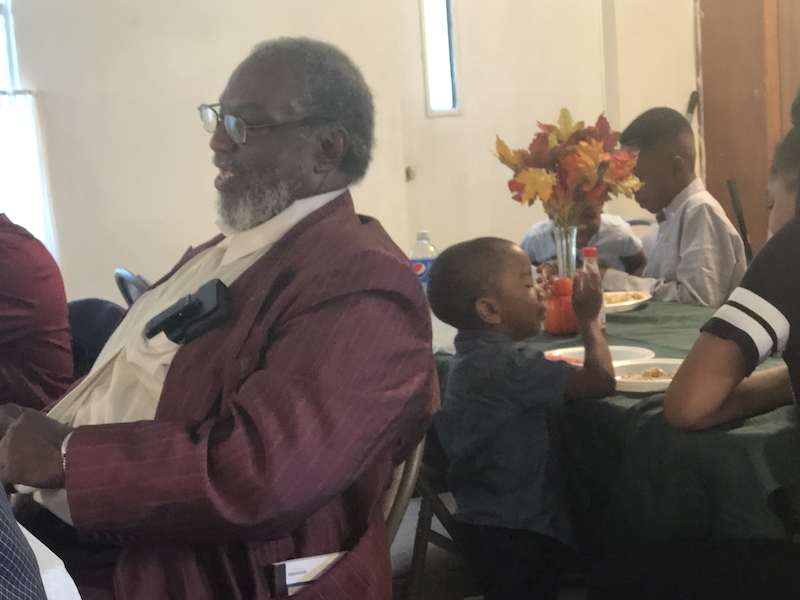 Charles William Sanders has been self-employed for the past several decades and is a pastor, teacher and preacher. (Contributed)

“A sense of humor is part of the art of leadership, of getting along with people, of getting things done.” –Dwight D. Eisenhower, 34th President of the United States

His relationship with God firstly, and secondly, his sense of humor, have been two of the most significant components of the foundation of Charles William Sanders’ life.

Born in Baldwin County in 1948 in Blacksher, Alabama, 71-year-old Sanders was left legally blind from diabetes and glaucoma in 1992.

He surrendered his driver’s license in 2000. A humble man, he was never angry about or questioned his fate.

“I accepted what Yahweh let happen. In order to be content accepting not being able to drive was something I had to do,” he said.

Despite not being able to drive, Sanders owns his truck complete with equipment and staff to operate his small lawn care and repair business.

More often he works alone operating a commercial zero-gravity lawn mower and other equipment such as a weed eater.

Sanders enrolled in Alabama Agricultural and Mechanical University (AMU), as a sociology major with a minor in mechanical drawing following an honorable discharge from the United States Air Force in 1970.

He was a sergeant and worked as material handler.

Sanders spent 10 years in the trucking industry. Living out his motto, “No job too big, no job too small, because I can do them all,” he has been self-employed for the past several decades.

In addition to being a pastor, teacher and preacher, Sanders bears the unofficial title of carpenter, electrician, plumber, mechanic and construction worker as a dutiful volunteer in his community and neighborhood.

He is also a member of the cooking staff and prepares many of the items served each week for Sabbath meal.

“As long as I can do something to something for someone in need and help them, that’s all I want,” Sanders said.

Knowing he was going to be used to spread the Gospel since he was a child, Sanders was ordained in 1993.

“I could have married Gulla the day I met her. We were very comfortable with each other and got along well,” he said.

Sanders’ exceptional ability to make others laugh coupled with his love of sharing the Gospel is illustrated in clean-styling joke such as, “Why did Yashua’s disciples want to ride in a Honda? Because they wanted to be on one “Accord.”