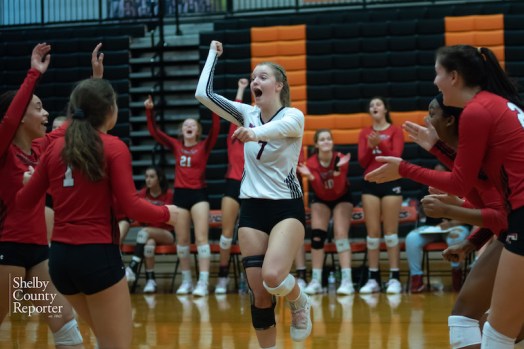 The Thompson Warriors earned a spot in the Super Regionals after taking down Oak Mountain in the semifinals of the Class 7A, Area 5 tournament. (Reporter photos/Keith McCoy) 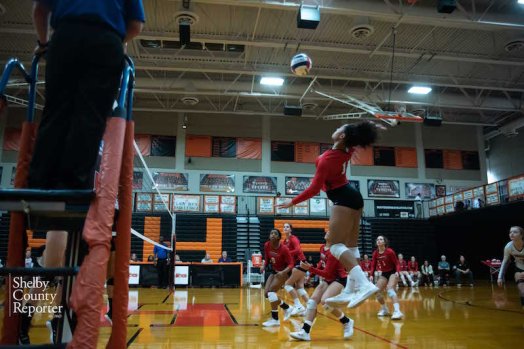 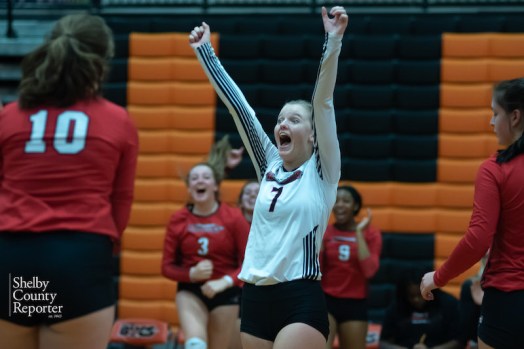 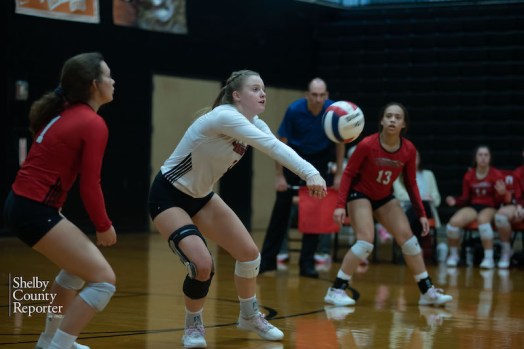 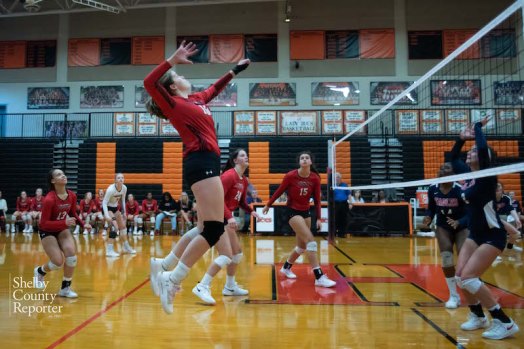 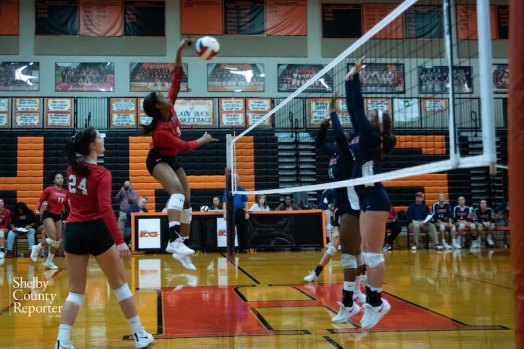 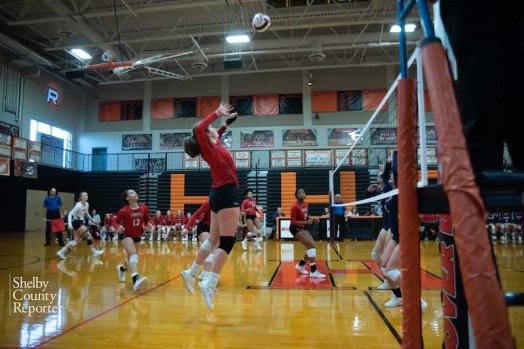 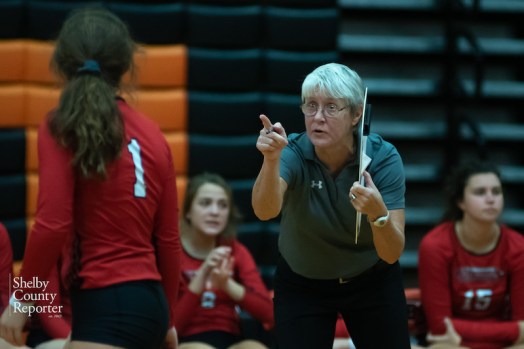 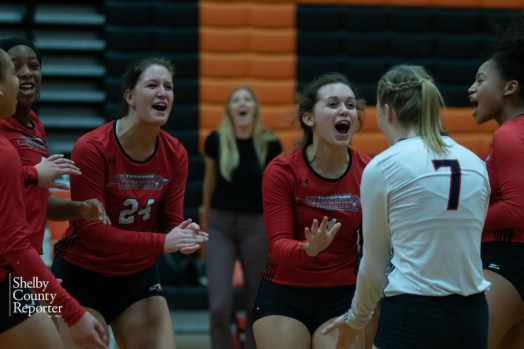 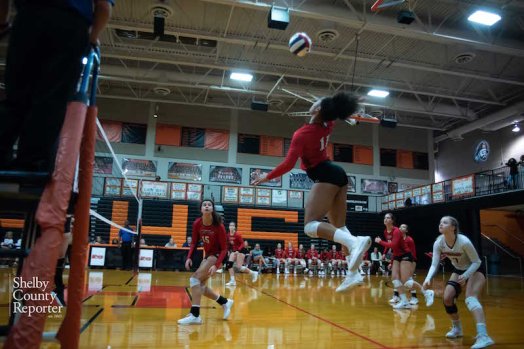 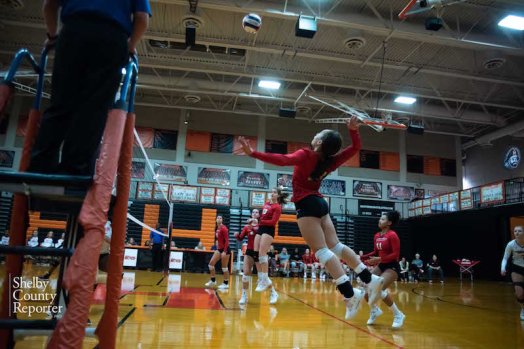 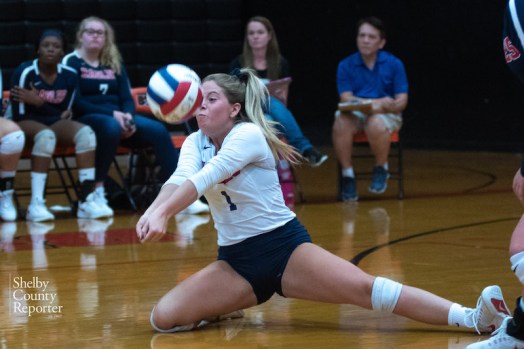 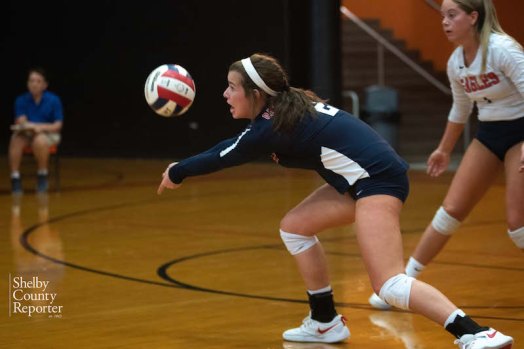 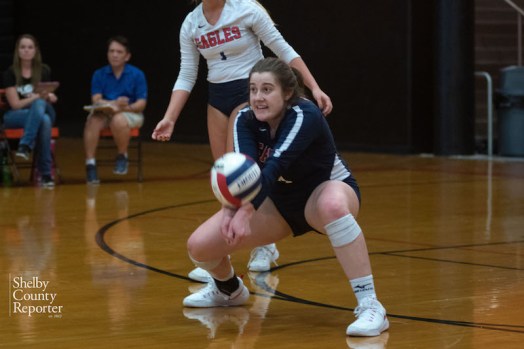 HOOVER – Thanks to a win in the semifinals of the Class 7A, Area 5 tournament over county foe Oak Mountain, the Thompson Warriors officially clinched a spot in the Super Regional round of the playoffs.

Despite falling to Hoover in the area tournament championship in straight sets (28-26, 25-17, 25-20), the Warriors kept their season alive by picking up a win in the first match of the night on Tuesday, Oct. 22, and avenging a loss earlier in the season to the Eagles in five sets.

Thompson not only got redemption, but the fuel the Warriors had going into the match showed in a dominant sweep of the Eagles by set victories of 25-17, 25-15 and 25-20.

In the opening set, it looked like the two county opponents were in for a battle after each won four service points in a row to tie the set at 1-1. It was tight up to an 11-10 Thompson lead, but from that point forward, Oak Mountain was unable to win another service point the rest of the set.

The Warriors, however, won multiple points in a row four more times in the set to eventually pull away for the 25-17 victory and a 1-0 match lead.

Thompson’s strong play at the service line carried over into the second set. The Warriors didn’t just take advantage of getting first serve, jumping out to a 4-0 lead, but won at least two points on serve for the first three service opportunities to take a 10-3 lead.

Oak Mountain eventually battled back to make it 11-8 behind a 5-1 run, but the Warriors turned up the pressure again shortly after. During the next two service games, they won four points in a row on one and three points in a row on the other to quickly take a 20-11 advantage.

That became too much for the Eagles to overcome, as Thompson pulled away for a 25-15 victory in the set and a 2-0 lead in the match.

In the third set, Thompson was able to take advantage of three strong service games to complete the sweep. The Warriors jumped out to a 9-4 lead, and then after struggling to find their serve for a while, they regained their composure, eventually taking am 18-10 lead.

Oak Mountain cut the deficit to 19-14, but that’s as close as they got the rest of the way with Thompson eventually completing the sweep with a 25-20 victory in the set.

The Warriors will now head to regionals on Friday in Huntsville at 11:30 a.m. With a win in that match, they would clinch a spot in the state tournament.