Thompson ranked 25th in the country by USA Today 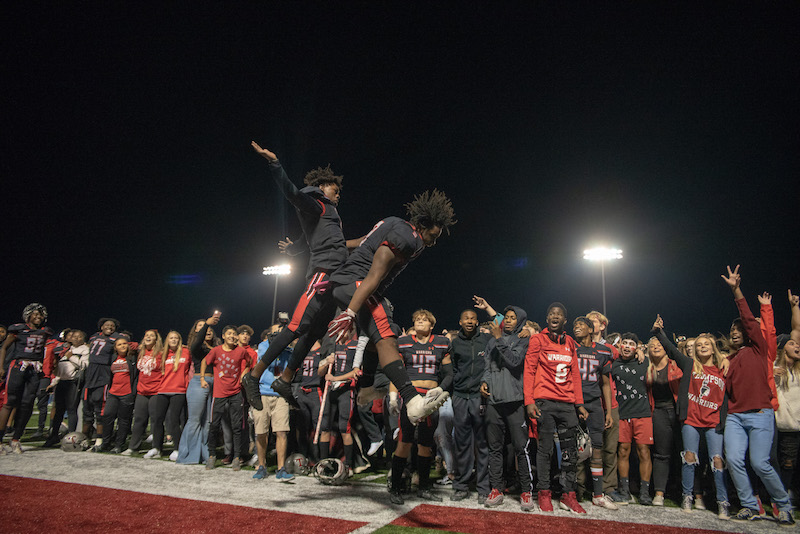 Having maneuvered through one of the most difficult schedules in the country facing teams like Hoover, Mountain Brook and Vestavia Hills, the Warriors are a perfect 8-0 this season and have won 17 of their last 18 games dating back to last year.

The Super 25 is put together by the USA Today high school sports staff and rankings are based on a team’s results, players and strength of schedule. The poll also features national powers like Mater Dei (No. 1), St. Thomas Aquinas (No. 2), Saint Louis (No. 6), De La Salle (No. 8), Lakeland (No. 9) and IMG Academy (No. 10).

Many wondered coming into the season if Thompson would be able to handle the departure of Division I players such as Taulia Tagovailoa, Amari Kight, Shadrick Byrd and Jayme Simmons, but not many realized what was coming back.

While the Warriors did lose one of the best quarterbacks in state history, they not only had a senior in Sawyer Pate ready to step in, but they had a quarterback that had studied Tagovailoa and put in a ton of extra work to make sure he was ready when it was his time.

While the air raid was fun to watch with Tagovailoa at the helm, it hasn’t taken much of a hit and this year’s team has shown how efficient it can be on multiple occasions putting up 44.9 points per game. The Warriors have scored 40 or more against all but Vestavia and Mountain Brook. And even against those two teams, who have two of the state’s best defenses, they put up 35 and 33, respectively.

What’s scary is that’s just the offensive side of the football.

Under head coach Mark Freeman, the offense is expected to score a lot of points regardless of personnel, but the defense was a major question mark coming into this season due to losing several seniors and a ton of youth.

And if you want to take it a step further, this team also has a kicker in Evan McGuire that is one of the best in the state as well.

Are there flaws? Yes, there is still plenty of youth on this team and plenty of room for growth moving into the playoffs.

But this is a team more than deserving of a top-25 ranking in the country right now after proving it can be successful with several new players at the helm this year. It not only shows how great they are, it shows that the belief and culture has changed quickly in the last five years.