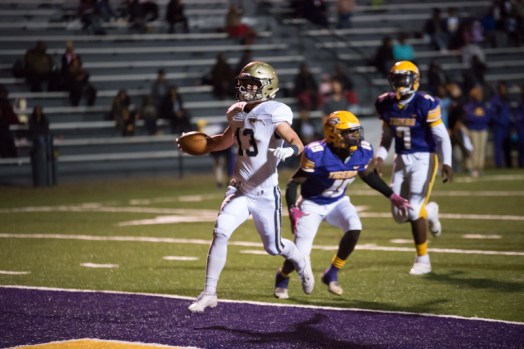 Briarwood running back Luke Reebals (13) scores a touchdown against Fairfield on Thursday, Oct. 24, as the Lions defeated the Tigers 28-18 to win its seventh straight game. (Reporter Photos/Keith McCoy) 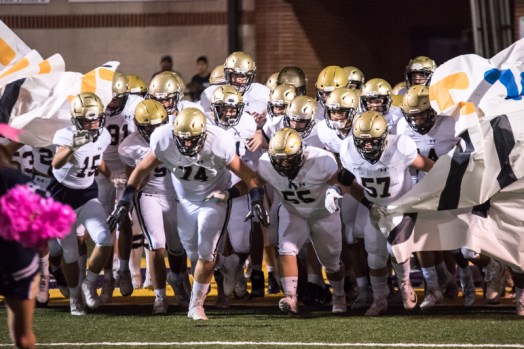 Briarwood will make the daunting leap to Class 6A during the 2020 football season, but also returns a strong cast of players in Matthew Forester’s second year as head coach. (File) 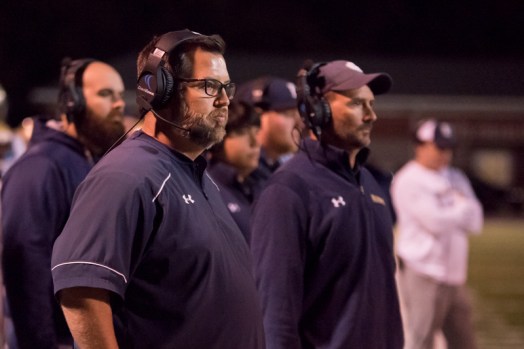 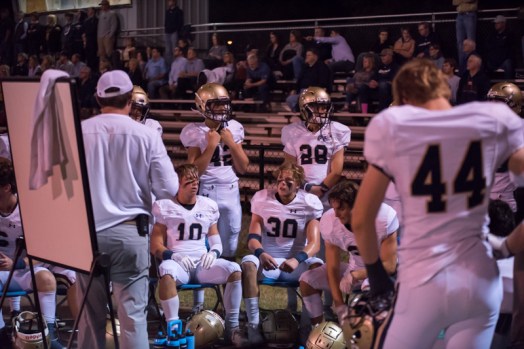 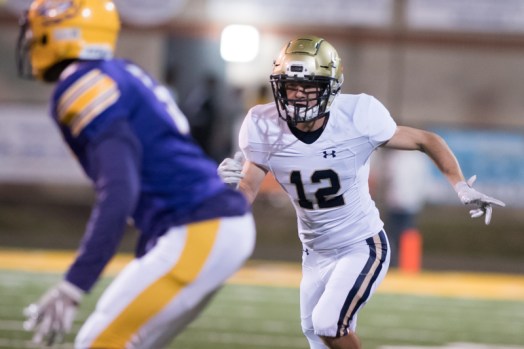 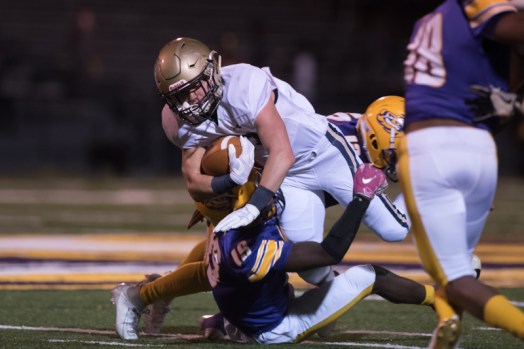 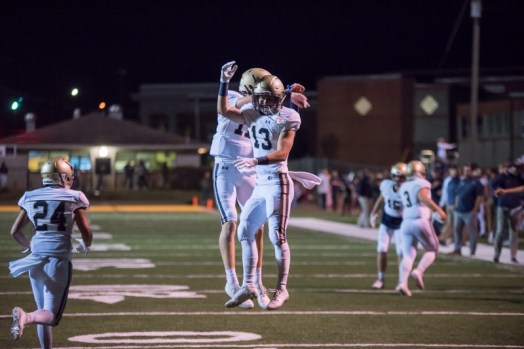 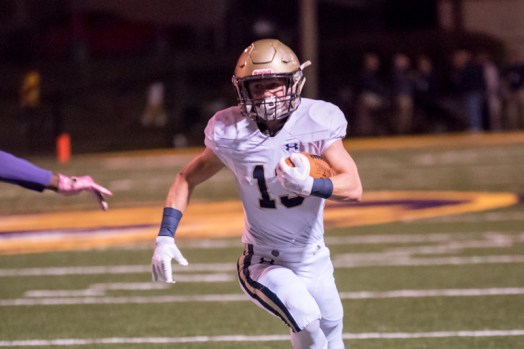 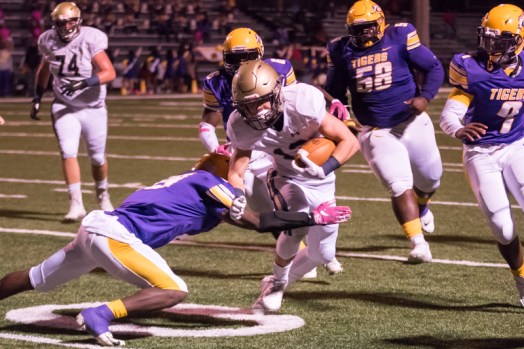 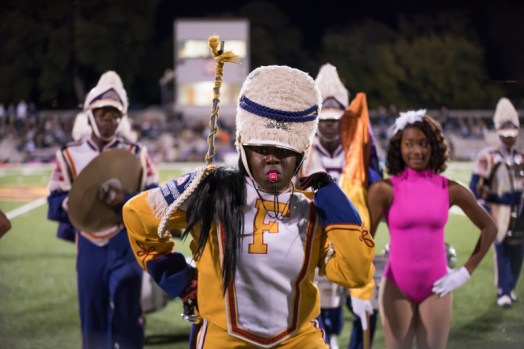 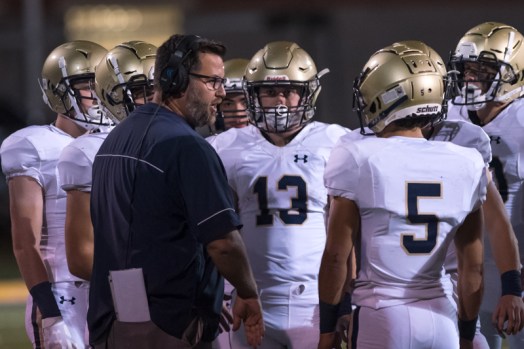 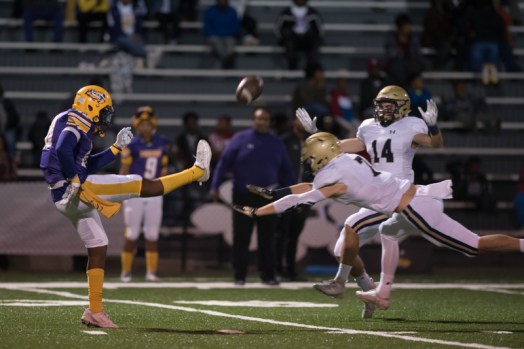 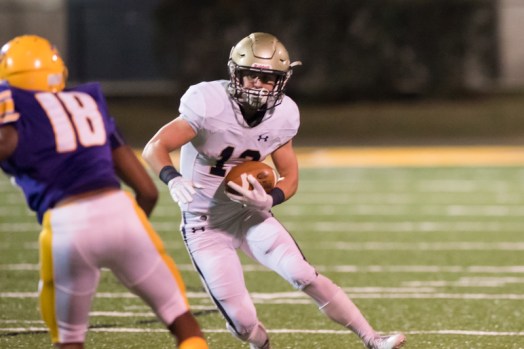 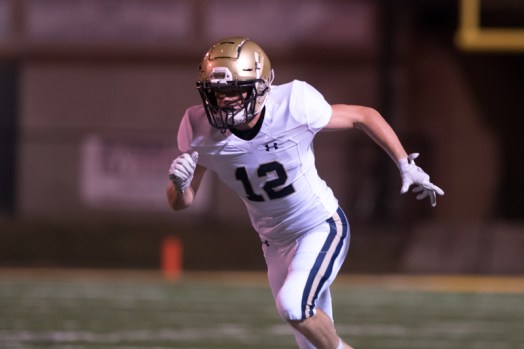 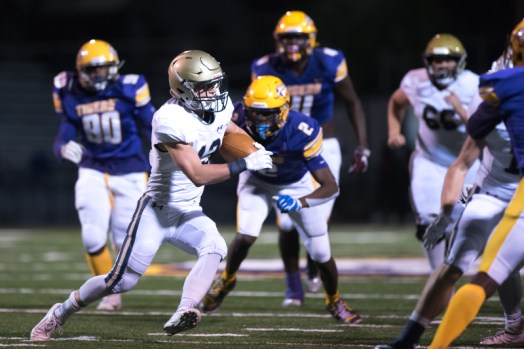 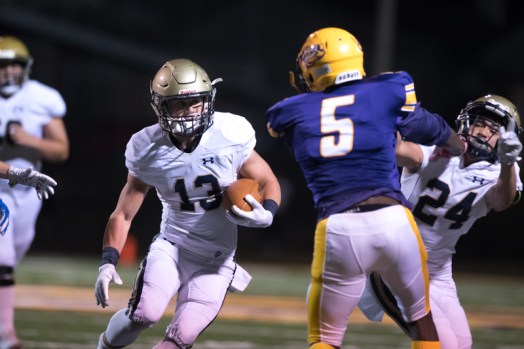 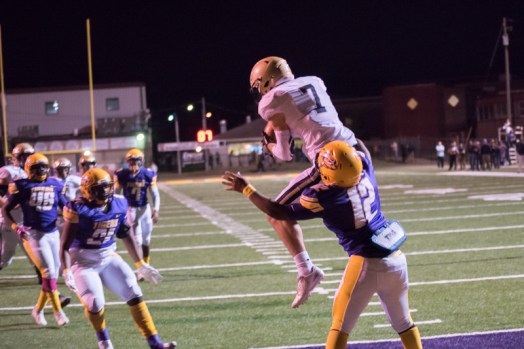 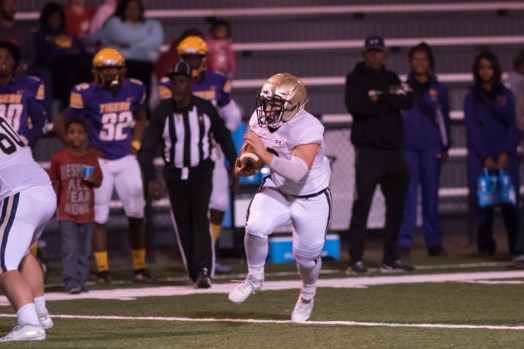 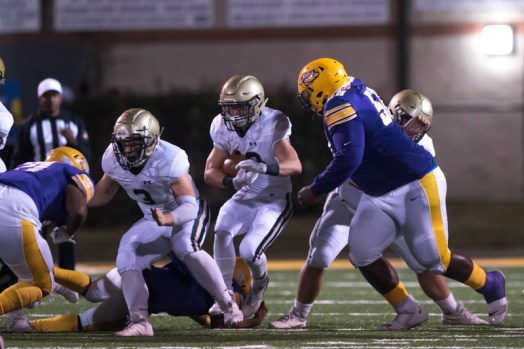 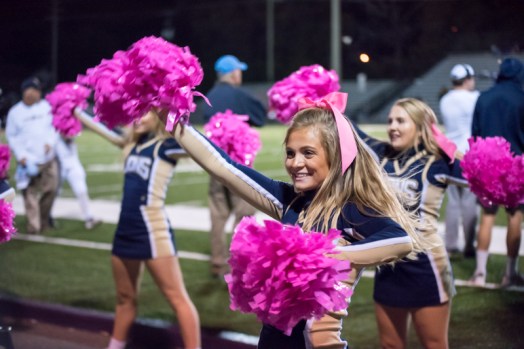 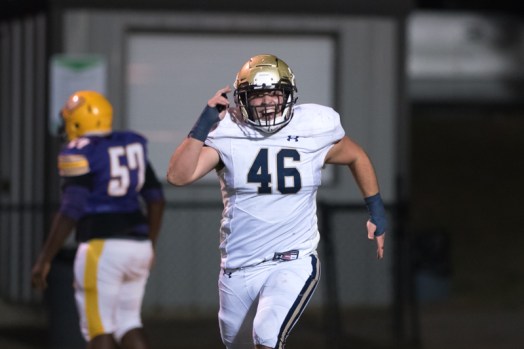 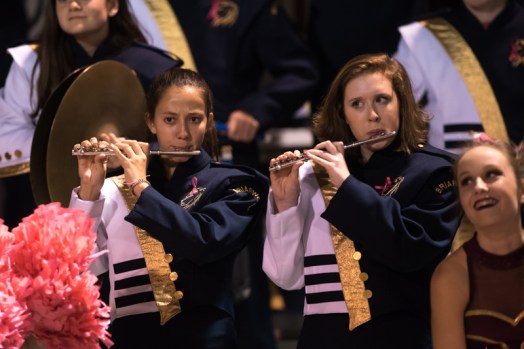 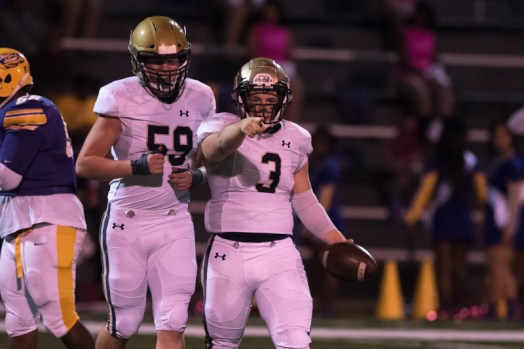 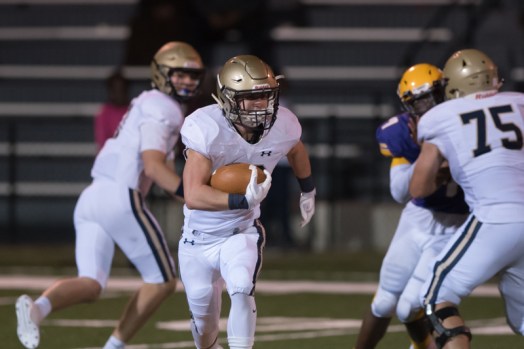 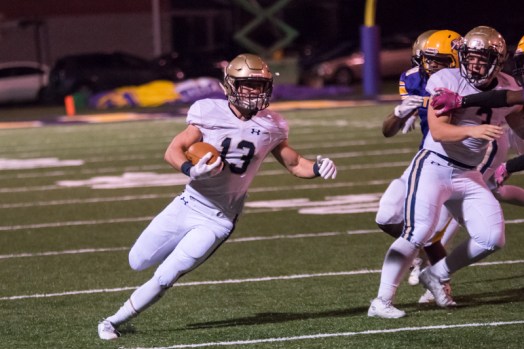 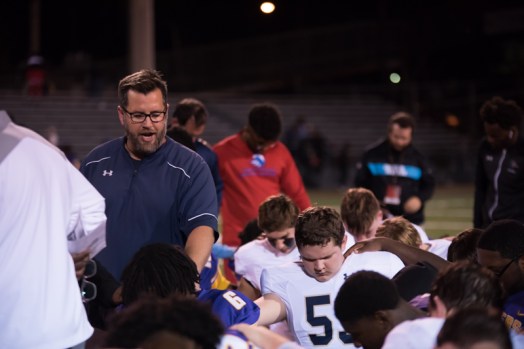 FAIRFIELD – In a game played under the Thursday night lights because of the threat of severe weather on Friday, Oct. 25, the stakes remained the same for the Briarwood Christian Lions, as a win against Fairfield secured home field advantage for the first round of the playoffs.

Using a strong run game and capitalizing on timely turnovers, Briarwood was able to pull away for a tough 28-18 road win against Fairfield to secure that home field advantage, and keep their hopes of winning the Class 5A Region 4 title alive.

After a slow first quarter for both teams, it was Fairfield who got on the scoreboard first early to start the second quarter.

Facing a fourth-and-goal from the Briarwood 7-yard line, the Tigers found a receiver in the end zone to take a 6-0 lead with 11:45 to play in the first half. The Tigers failed to convert the 2-point conversion.

A few minutes later, Briarwood running back Luke Reebals began to make his presence known filling in for an injured Luke Prewett.

After a few solid runs by Reebals and a nice catch by wide receiver Nicholas Dicen to get the Lions into the red zone, Reebals capped off the drive a few plays later on an 8-yard touchdown run to take a 7-6 lead with 8:06 to play in the second quarter.

Briarwood head coach Matthew Forester said the game plan was to get the run game going early and often against Fairfield.

In addition to a great offensive line and run game, Briarwood has an opportunistic defense and the first take away came moments after the Lions’ first touchdown with a fumble recovery on the kickoff.

The Lions took advantage of the turnover, as a key play on the short drive came through the air, when Dicen caught a pass and made a few defenders miss to convert a third-and-11 to the Fairfield 4-yard line.

A few plays later, Tyler Waugh scored from a yard out to give the Lions a 14-6 lead with 5:17 left in the first half.

A few minutes later, Fairfield’s standout wide receiver Malachi Holt-Bennett made an impressive play, scoring on a 46-yard touchdown catch with just 13 seconds left in the first half. The 2-point conversion failed as Briarwood held a 14-12 halftime lead.

After both teams went three-and-out to start the third quarter, Briarwood began moving the ball on the ground midway through the quarter with Reebals.

After getting the ball to the 9-yard line, Briarwood running back Riley Margene lined up in the wildcat formation and tossed a touchdown pass to Blake McKenna that extended the Lions’ lead to 21-12 with 6:23 left in the third quarter.

The rest of the way, Briarwood forced three more fumbles but none of them were bigger than the fumble the Lions’ defense caused with nine minutes left in the game.

Trailing 21-12 and needing a big play, Fairfield was denied when the Lions forced a sack, in turn knocking the ball free, as linebacker Cole Garner picked up the ball and returned it to the goal line.

This set up an easy score, as Waugh plunged in for his second touchdown on the night to make it 28-12.

Although Fairfield scored one more touchdown with four minutes to go, the Tigers once again failed to convert the 2-point conversion to keep it a two-possession game at 28-18.

From there, Briarwood was able to bleed the clock with its run game to secure the 10-point victory.

“The defense did a great job and we knew they had a lot of danger on the field,” Forester said. “They’ve got a big tight end that’s got offers and they have another great receiver and two good quarterbacks so we knew it’d be tough and difficult. But, I think what our defense did good was really win the turnover battle.”

With the win, Briarwood extended its win streak to seven games. The Lions will travel to Hueytown on Friday, Nov. 1 to wrap up the regular season.