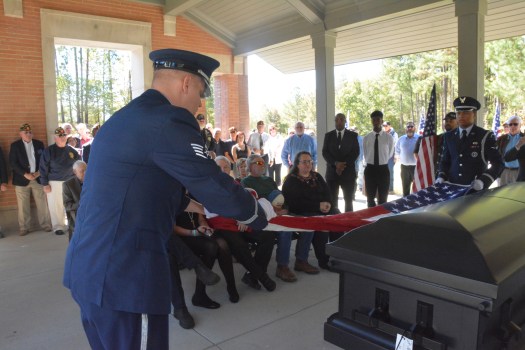 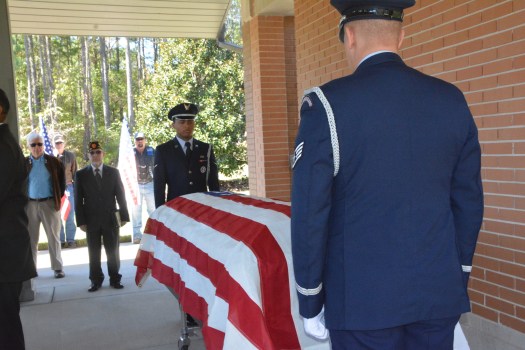 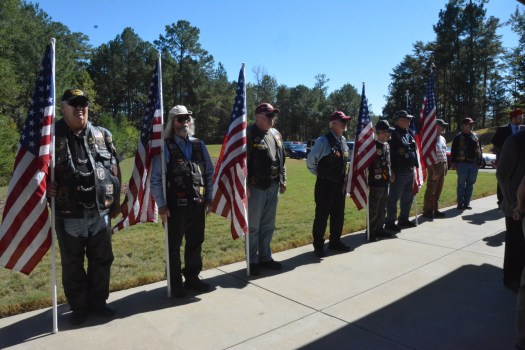 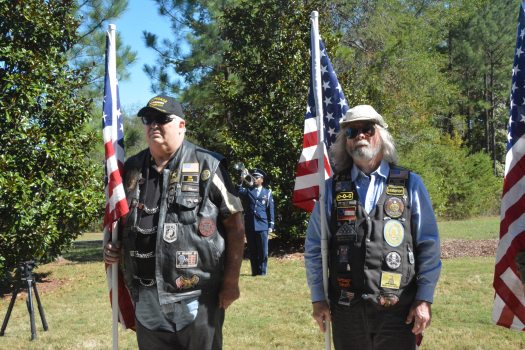 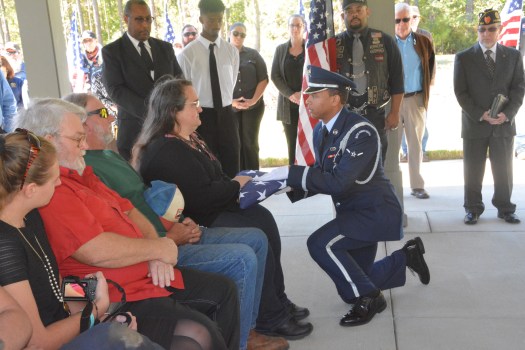 Donna Thompson, a longtime friend of Edward Prokes, was presented with the American flag during Prokes’s funeral on Oct. 23. (Reporter photo/Briana H. Wilson) 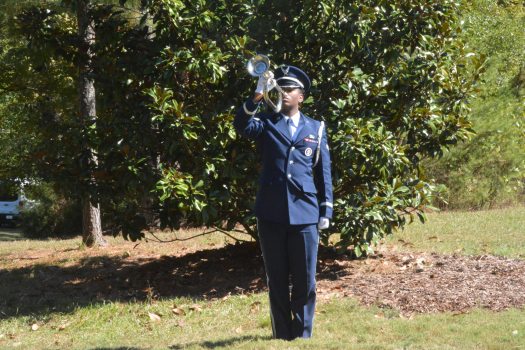 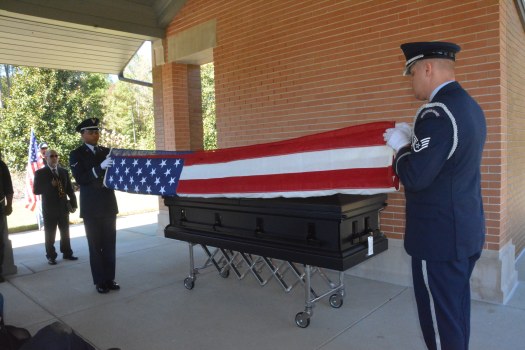 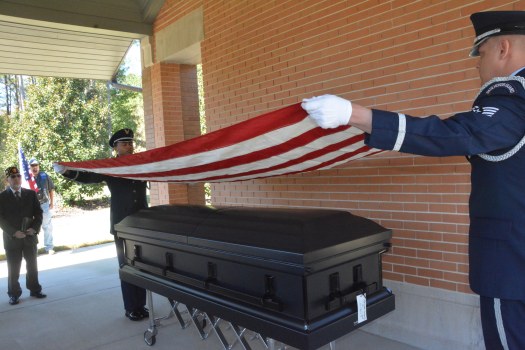 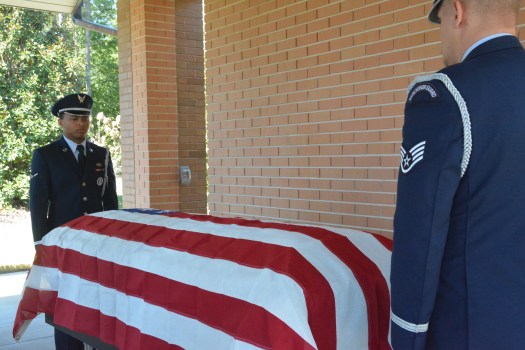 Residents from near and far attended the funeral of veteran Edward L. Prokes Jr. on Oct. 23 at the Alabama National Cemetery. (Reporter photo/Briana H. Wilson)

MONTEVALLO – On Wednesday, Oct. 23, dozens of people showed up at the Alabama National Cemetery to attend the funeral of Edward L. Prokes Jr., a man they did not know.

Prokes was a local veteran who died on Oct. 9 without family to claim his remains. He served in the Air Force from 1950-1954. Although there’s no record of his duties in the military, the Korean War was under way at the time.

Several veteran organizations, military personnel and members of the community showed up in support of Prokes.

“It’s really a blessing to see so many people come out for someone they didn’t know personally,” said American Legion Post 555 Commander Kenneth Paschal. “But as veterans, we all know each other and the sacrifices we made. We’re all here to make sure a veteran was not laid to rest alone.”

The events of Oct. 23 were set in motion by Columbiana resident Donna Thompson. On Oct. 14, she contacted Post 555 Commander Kenneth Paschal to ask for help to bury Prokes who was found dead in his Columbiana home on Oct. 9. Thompson was contacted when he died because she was listed as the emergency contact on his apartment lease.

Thompson said Prokes was married once but never had children. Because Prokes did not have a next of kin, Thompson and her family were presented with an American flag to honor his service.