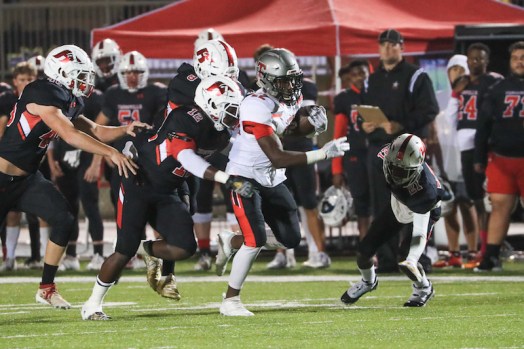 The Thompson Warriors dropped their first game of the season on the road at Hewitt-Trussville by just six points. (For the Reporter/Dawn Harrison) 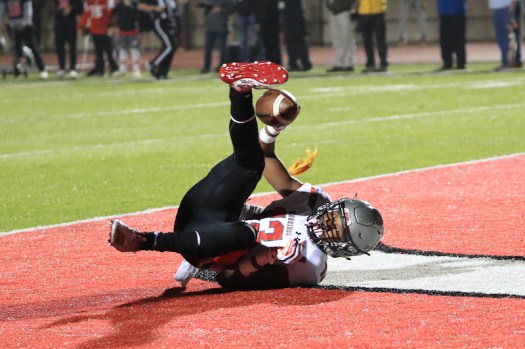 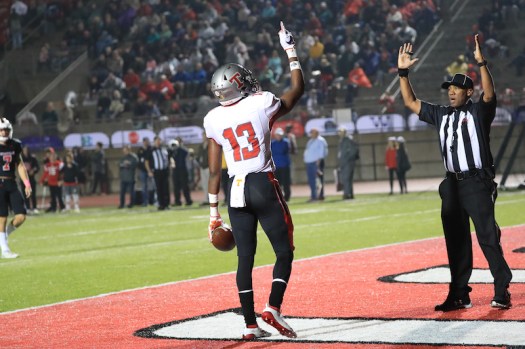 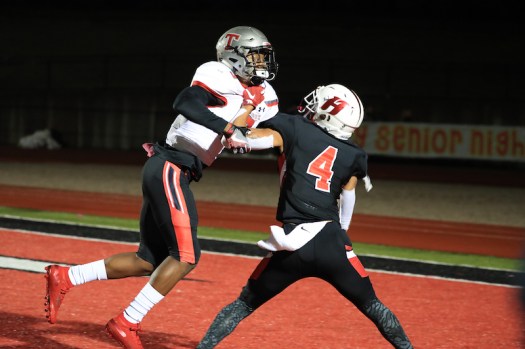 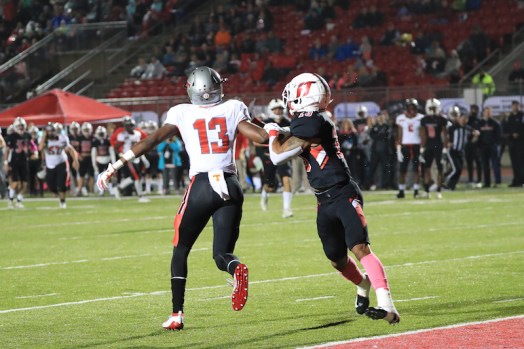 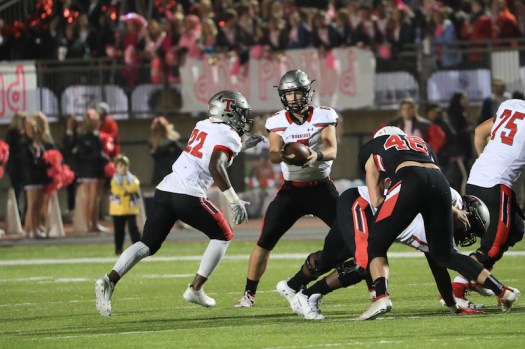 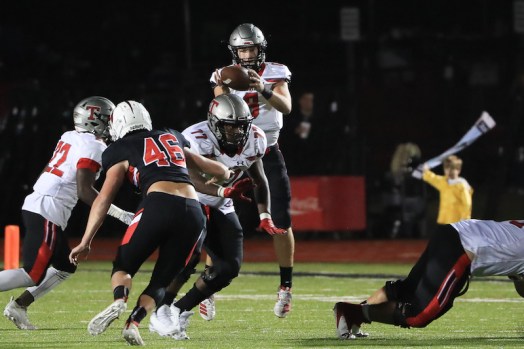 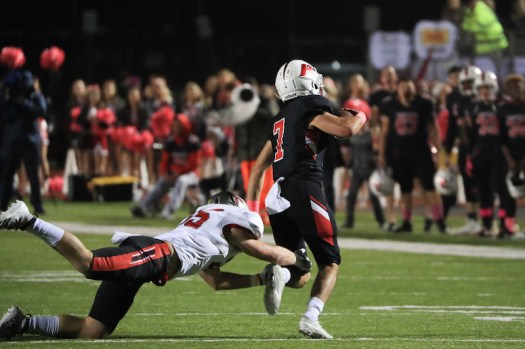 TRUSSVILLE – Perfection fell short Friday night, Oct. 25, as Thompson High School was handed its first defeat of the season, 35-29, on the road at Hewitt-Trussville.

For the second-straight week Alabama commitment Malachi Moore intercepted a pass late in the fourth quarter to help seal the win, only this time it was returned for a touchdown with 1:32 to play.

Thompson answered with a 20-yard touchdown pass from Sawyer Pate to JB Mitchell III, but the Warriors ran out of time.

“The game went about like the last three or four have gone, and we won them. Tonight we came out on the short end,” said Thompson Coach Mark Freeman. “We’ve got some spots we’ve got to get better at, and I’ve been telling the guys since game one there are spots we’ve got to get better. We’ve won games, but it’s been pulling games out at the end. We’ve got two weeks to figure it out, and I have no doubt our guys are going to come back and have a great attitude.”

The Warriors opened the game with a 10-0 first quarter lead on a 42-yard Evan McGuire field goal and 28-yard touchdown connection from Pate to Mitchell. Hewitt-Trussville answered though with a 14-point second quarter, including a 41-yard touchdown pass from Jackson Holland to Omari Kelly to lead 14-10 at the half.

Both teams were scoreless the first 9:22 of the second half, before Thompson out-scored HTHS 10-7 in the final 2:38 of the quarter. Pate connected with Michael Pettway on a 58-yard touchdown pass to end the third quarter and cut the Hewitt lead to 21-20.

Holland bounced back with a 66-yard touchdown pass to Trey Washington to take a 28-23 lead prior to Moore’s pick six.

Pate completed 18-of-34 passes for 209 yards and three touchdowns, but threw two interceptions. Holland was 7-of-11 for 230 yards for the HTHS Huskies, while teammate Cade Carruth was 4-of-9 for 40 yards and a touchdown.

JoJo Gaithers led all rushers with 93 yards on 13 carries.

With two weeks off before their next game, Freeman says Thompson’s focus will continue to be on eliminating mental mistakes resulting in penalties. The Warriros were penalized 12 times for 105 yards Friday.

“We are very sure of what we need to do, we’ve got to go out and execute it … It starts with me. I don’t know why we make mental mistakes. We work on this stuff every day, but we get in games in put ourselves in bad positions,” Freeman said. “We got it out of system. We played bad, and now they know that playing bad you can get beat. I hope we can build on that. We have good kids. Effort is not a factor. We’ve got to come back and have two good weeks to get better and eliminate some mistakes and go win four games one game at a time.

Thompson (8-1, 6-1 7A, Region 3) will have two weeks before it opens the Class 7A playoffs at home against Austin.