Homecoming has many meanings 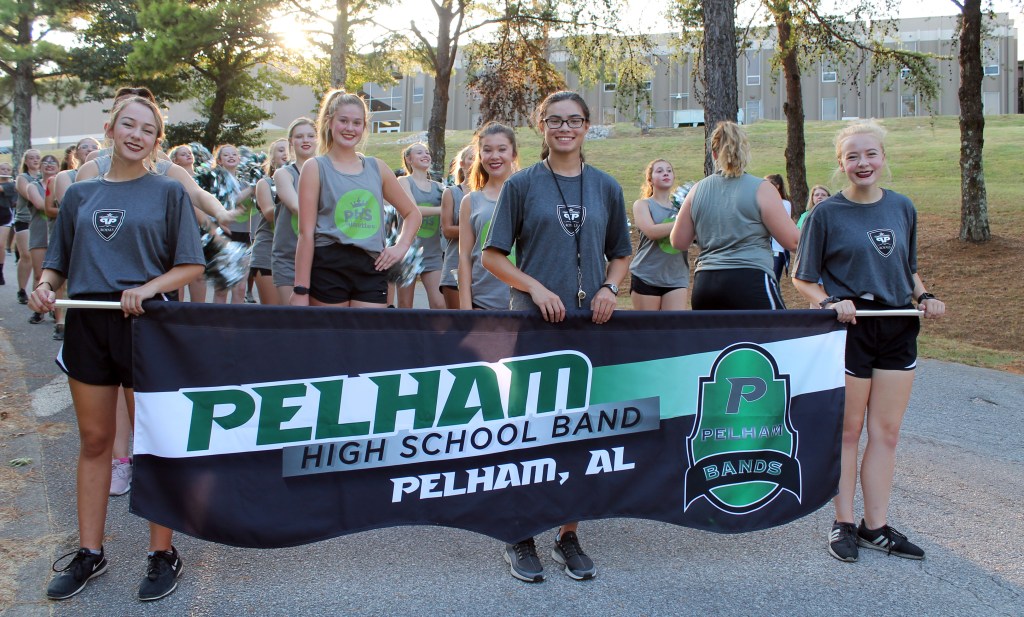 The Pelham High School band before the start of the homecoming parade.

“What are you doing up there?’ I asked. “Are you hiding?”

“Yes m’am, but you’re outing me,” my reluctant student said.

“Come see me,” I motioned allowing my camera to fall with parade photos completed. “Tell me why you’re hiding here instead of in that parade line-up.”

“I’m not involved in anything,” she said. “Last year I was, so I wanted to see. This year I couldn’t be in (she named her previous year’s activity). I just wanted to see.”

“It’s too late for last year’s activity, but there are still ways to be involved,” I said. “You have a flair for style and color. Your clothes, your hair—even your binders and pens work with your color scheme. You love color and the design of your accoutrements to create your look, don’t you?”

She laughed. Students tease me about my insistence on specific vocabulary and the word “accoutrement” had amused my students this week as much as “credenza” (a low table) amused them at the beginning of the school year. How lovely it was to hear her laugh and witness her delight that I noticed her fascination with strong design or “creating a look” as she would say.

“Why don’t you join Literary Magazine?” I asked. “We use colors and create a theme. You’ll learn how to use PhotoShop and InDesign to merge images and poems and stories together. Remember the field trip I missed class for yesterday?”

“We went to the University of Alabama,” I said, pointing at her Alabama shirt. “You could’ve gone there—and you can go when we return in February for competition. You could even compete with Alabama Scholastic Press Association.”

“Really? Wow!” she said grinning. Assuring me she had a ride waiting for her, we parted ways. I won’t share this student’s name today, but I expect she’ll be listed in my spring Lit Mag winners. Please stay tuned.

Homecoming has many meanings.

PHS classes battle it out during spirit stick competition