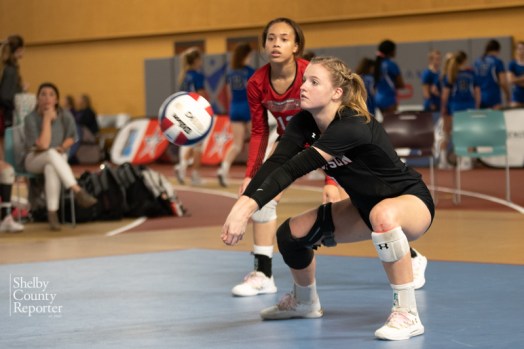 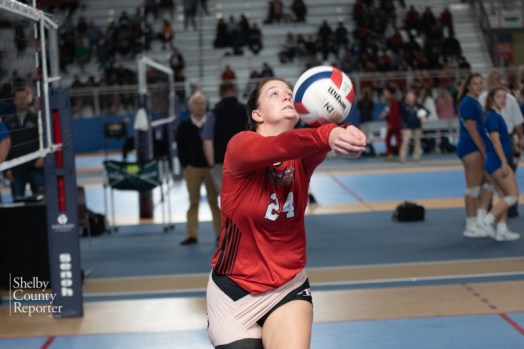 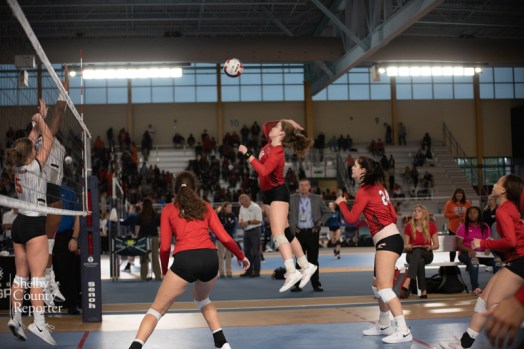 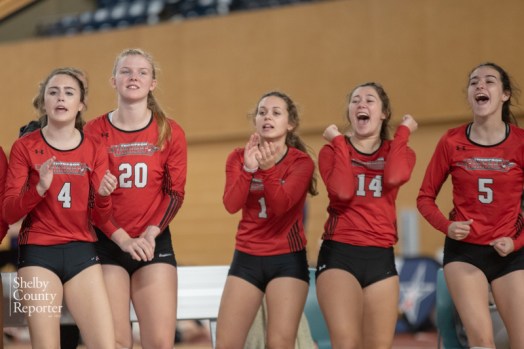 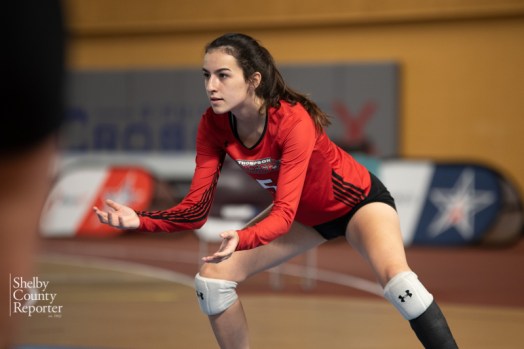 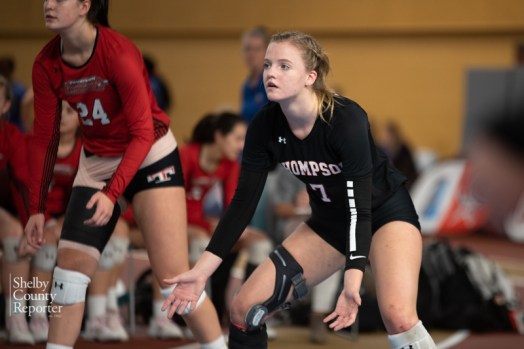 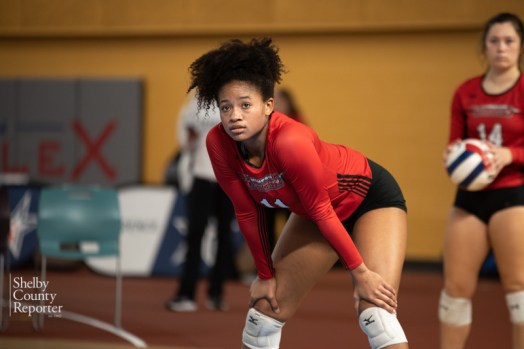 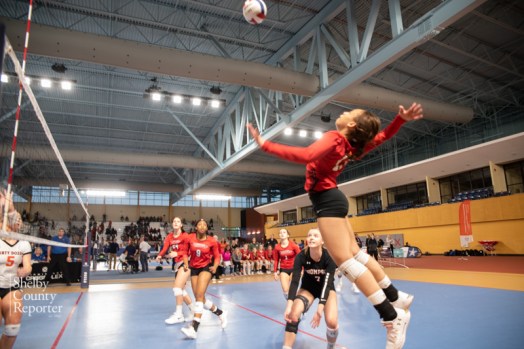 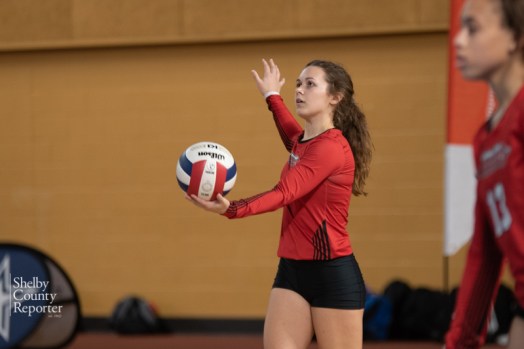 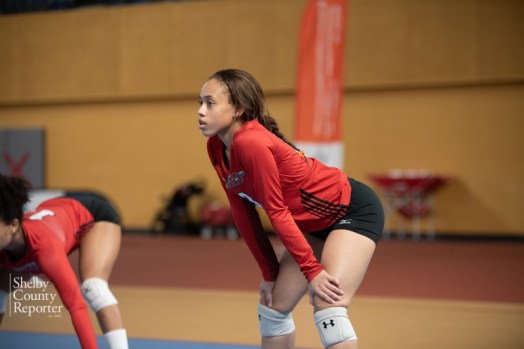 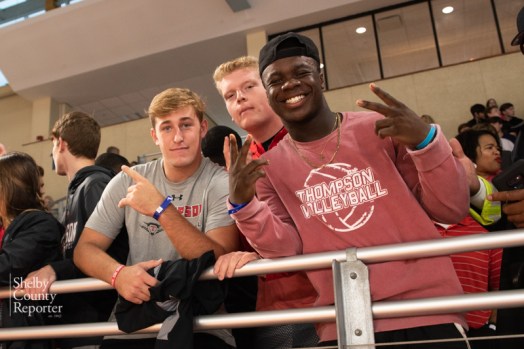 BIRMINGHAM – Head coach Judy Green walked from player to player giving them hugs after Thompson’s volleyball team lost an Elite Eight matchup on Wednesday, Oct. 30, letting each one know, individually, what they meant to the 2019 edition of the Warriors.

For eight seniors, it was a special season that saw Thompson advance to the state tournament for the first time since 2013, and while it came to an end with a 3-0 (25-12, 25-20, 25-15) loss to two-time defending state champion McGill-Toolen, it’s one that saw a season of transformation.

“This was a big step for varsity,” Thompson head coach Judy Green said. “And it’s the hardest step. It’s the hardest one to take. You have to stay in the moment. When we played in Huntsville last weekend, that was just a thing of beauty. Those kids played their hearts out and they did in every single match. I’m not sure we had much left in our tank after the way we battled up there.”

It was a season that saw Thompson get off to a remarkable start, one of the best in school history, 20 games into the season, but the Warriors then hit a rough patch.

That rough patch, however, ended up being a blessing in disguise and one of the main reasons the Warriors were able to go on to make school history.

“I think the thing I’m most proud of them for is that when we hit that really rough patch there about midway point of the season, we gritted our teeth and were brutally honest with each other and got through it,” Green said. “That’s when we really took off and played our best volleyball.”

The Warriors went on to play extremely well down the stretch and advanced to regionals with a 3-0 win against Oak Mountain in the first round of the area tournament, before then punching an elusive ticket to the Elite Eight for the first time in six years with a 3-1 victory against Sparkman in the super regionals held in Huntsville, where they also took one set apiece from Hoover and Bob Jones.

In the match against McGill, Thompson had a tough time getting warmed up in the opening set with the combination of nerves and coming off a physically and emotionally draining weekend in Huntsville.

But they fought and never quit.

Heading into the second, the Warriors fell behind 10-4 in the early going and could have easily rolled over and given up after an even more sluggish start, but this time, they had an answer.

Thompson didn’t just come back to make it a set, the Warriors ended up taking a 14-13 lead after a 10-3 run. The Warriors led as late as 15-14 and were within one point at 20-19, but the Yellow Jackets, who have become comfortable in tight sets late in the state tournament, were able to close the set on a 5-1 run to complete a 25-20 second-set victory.

Up 2-0, that sent McGill’s confidence through the roof, which allowed the Yellow Jackets to come out and play freely in the third set. That level of comfort helped them easily pull away to close out the sweep with a 25-15 third-set victory.

But for Thompson, the success this season wasn’t determined by a win or loss in that match, but how this team transformed from the offseason to the end of the season.

“It’s been a season of complete growth,” Green said. “From last January until now, this team has transformed itself.”

That growth was made possible because of the leadership from eight seniors, including Kinsleigh Sabo, Kolbi Reed, Riley Parker, Emma Huner, Molly Willis, Isabelle Goolsby, Jamie Roberts and Abigael Canaday.

“The leadership of this team was special,” Green said. “This senior class did a lot for our program. And it’s not how they played the game of volleyball, it’s about the type of people they are and how they carry themselves every day. They’re tough, gritty kids. I think they showed the way for our younger players to follow.”

And now the stage is set for those younger players, as the Warriors will return a few stars, including Kelsey Tangle and Briana Wilson.

“The door is open. We’ve pushed it open now. We’ve gotten here and now we’ve seen what it’s like,” Green said. “Now we’ll have to go back and figure out how we take the next step.”