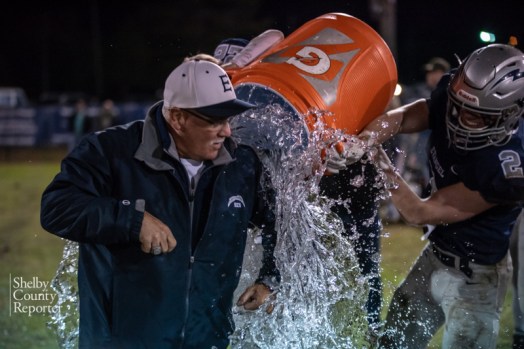 Evangel took down Ezekiel to give head coach Tim Smith his third consecutive state championship, as the Lightning continued their dynasty in the ACSC on Friday, Nov. 1. (Reporter photo/Keith McCoy) 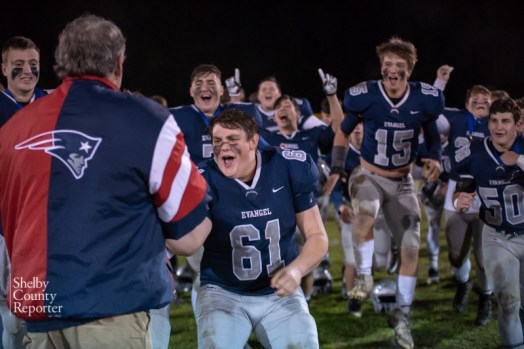 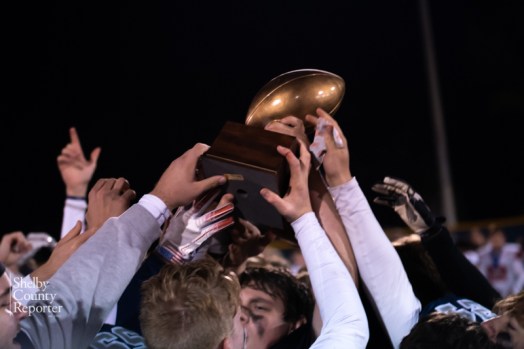 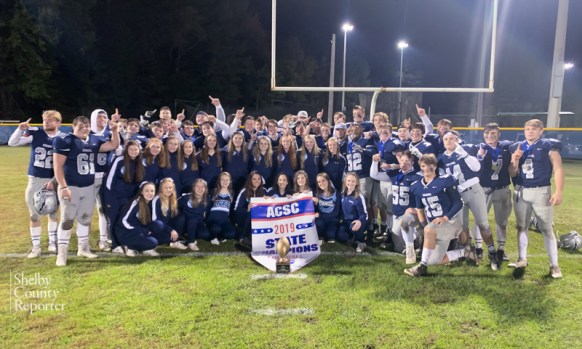 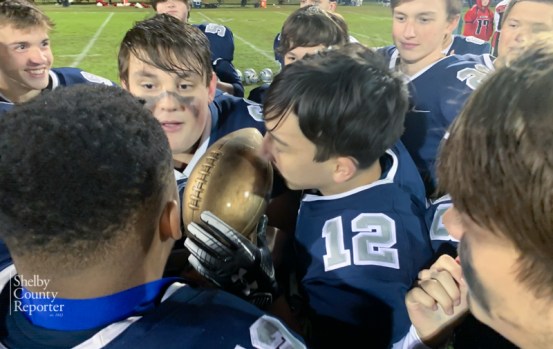 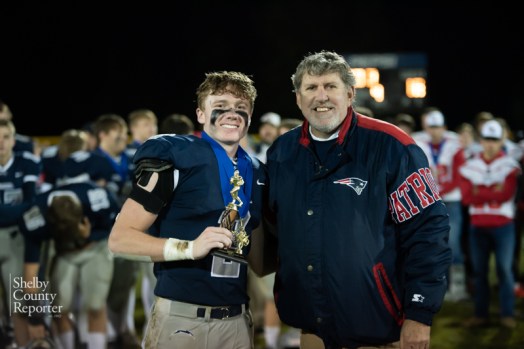 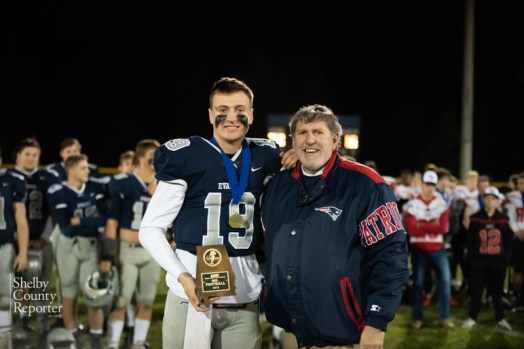 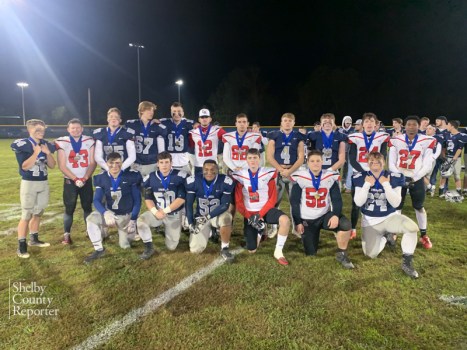 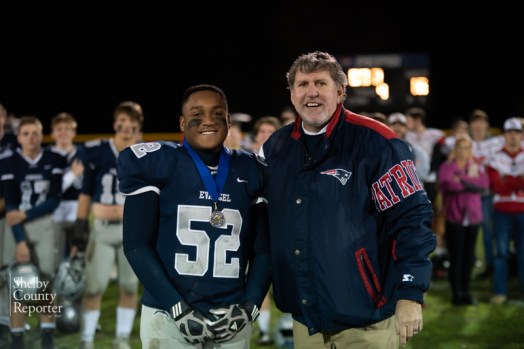 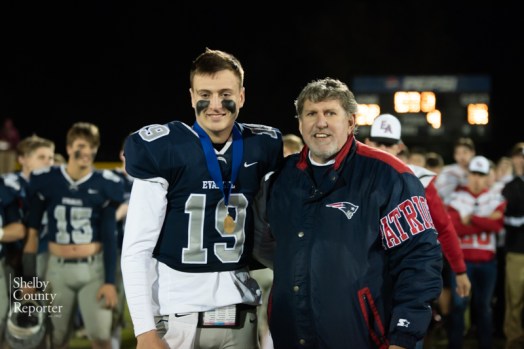 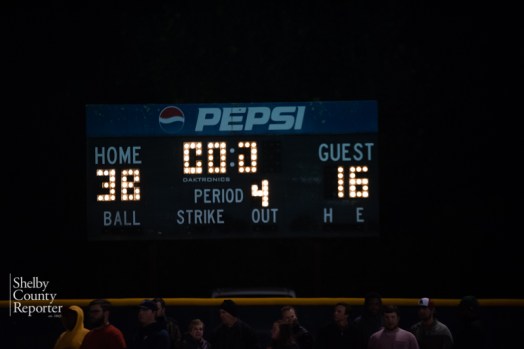 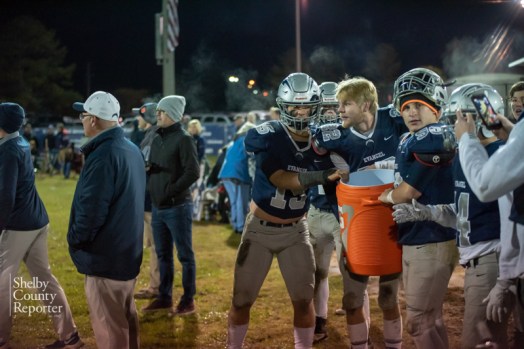 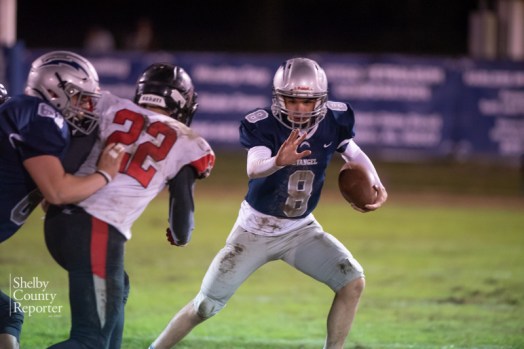 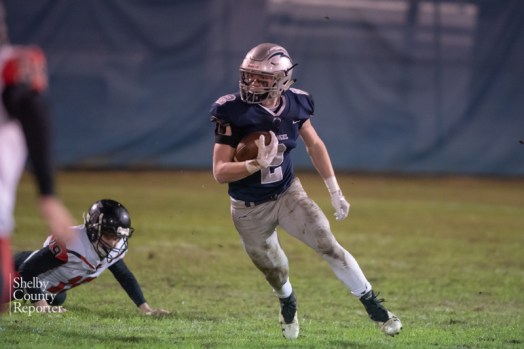 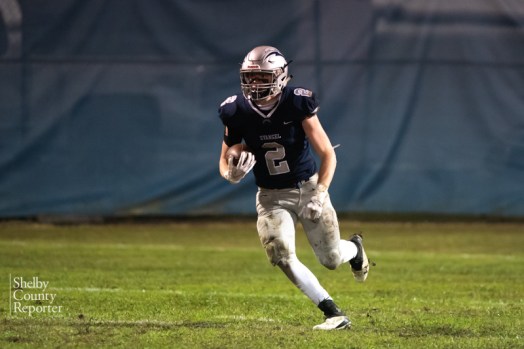 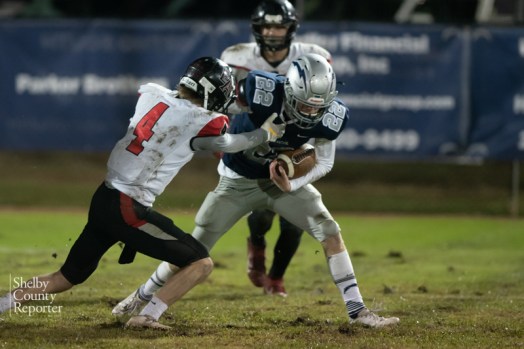 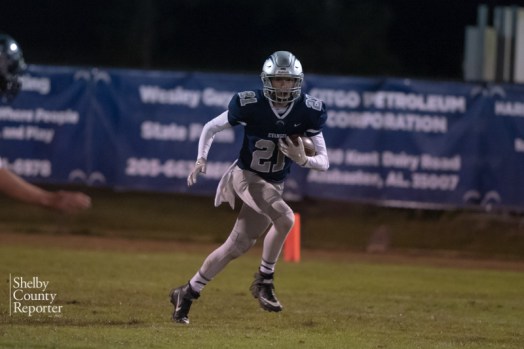 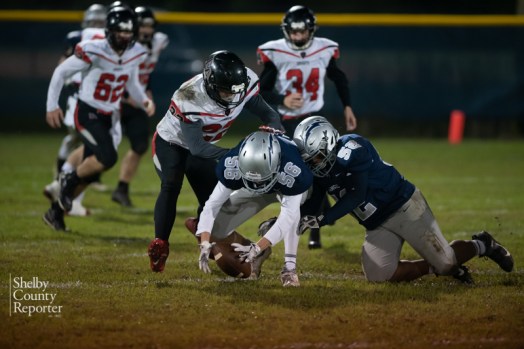 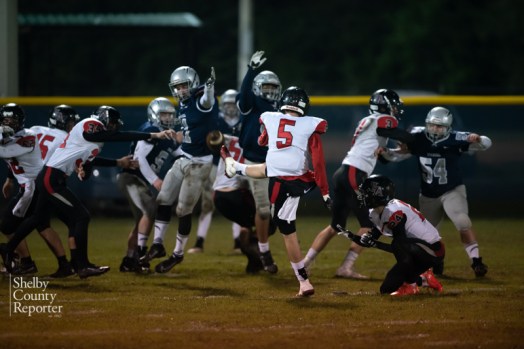 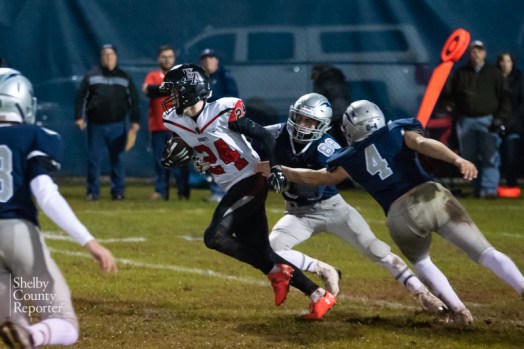 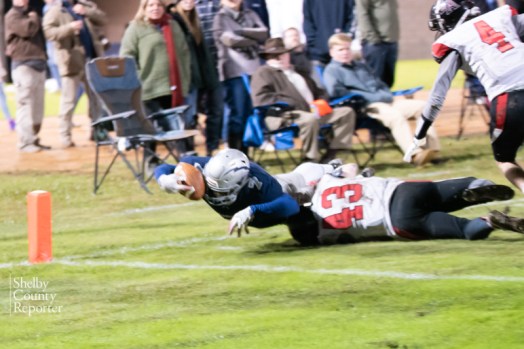 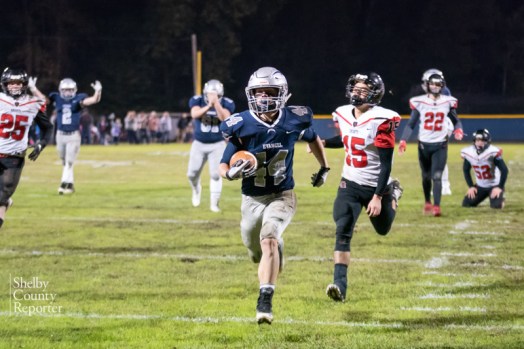 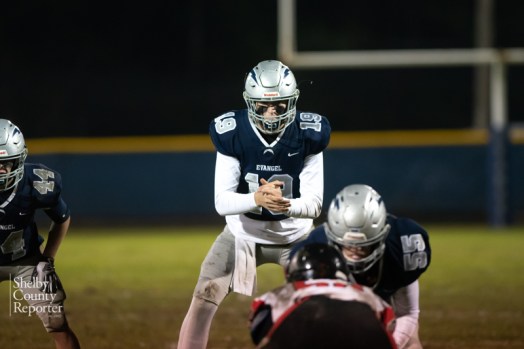 ALABASTER – Senior quarterback Tyler Henderson threw for four touchdowns in the first quarter to lead Evangel Christian to a 38-16 victory over Ezekiel Academy in the championship game of the Alabama Christian Sports Conference.

It was the third consecutive conference championship for ECS head coach Tim Smith and the school’s eighth conference title in the past 10 years.

The victory was also the second victory over the Knights this season. Earlier in the year, the Lightning defeated the Knights 80-35 in Montgomery.

“We talked about it all week the we wanted to start out fast and make sure that we got the momentum early,” Smith said.

The Lightning took the opening kickoff and drove down the field with Henderson connecting with senior Carson Hendon for the first score. A successful 2-point try gave the Lightning an 8-0 lead.

ECS was able to recover an onside kick. On the next snap, Henderson found junior Jeff Lodge for the first of his two touchdown receptions. A 2-pt run increased the lead to 16-0 with a little less than four minutes into the quarter.

Ezekiel Academy had their first possession and was held to a three and out to force a punt. The Lightning scored their third touchdown of the quarter on the first play of that possession. Henderson threw a pass to junior Will Ferrell who managed to break several tackles and run 35 yards for a touchdown. A third successful 2-point conversion made it a 24-0 game with just over six minutes remaining.

The Knights muffed the ensuing kickoff and was recovered by the Lightning deep in Knights territory. Henderson and Lodge connected for a 14-yard touchdown pass. With the 2-point conversion, it became a 32-0 score.

After getting the ball back, the Lightning were stopped to force a punt. The snap sailed over the punter’s head into the end zone. Lodge managed to kick the ball out the end zone for a safety.

In the second half, senior running back Noah Shears gave the Lightning a 38-2 lead on a 12-yard rushing touchdown.

EA managed to post two scores in the final quarter. Sophomore Payton Pachel recovered a Lightning fumble and returned it the endzone at the beginning of the quarter, while senior running back Andrew Harrison posted a 5-yard scoring run with just over three minutes remaining to close out the scoring.