Neighbors team up to save sudden cardiac arrest victim in Helena 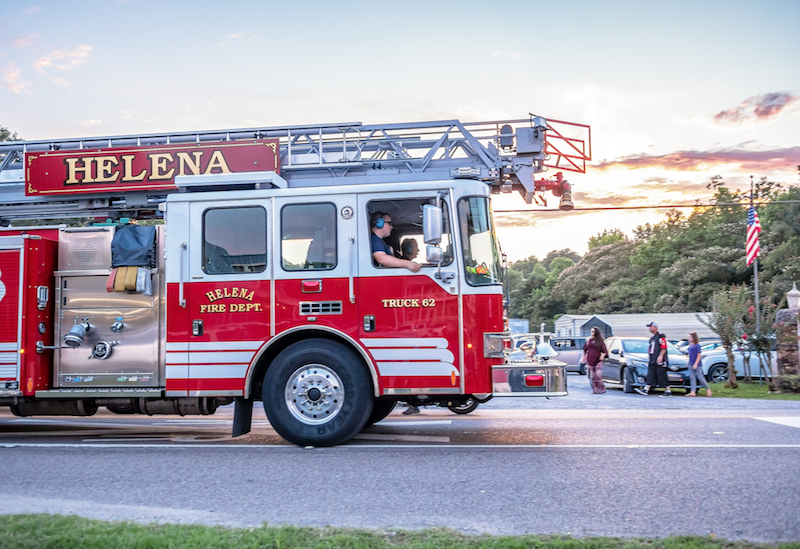 Helena Police Lt. Brad Flynn and his neighbor Mary Pat Pampu helped save a man after he went into cardiac arrest the afternoon of Wednesday, Oct. 30. (File)

HELENA – An out-of-the-ordinary trip home during the work day turned into a lifesaving effort for two neighbors in the Appleford neighborhood in the Hillsboro community of Helena.

Helena Police Lt. Brad Flynn and his neighbor Mary Pat Pampu, who is a nurse anesthetist at Children’s Hospital, returned home around 1 p.m. on Wednesday, Oct. 30, and to their surprise, discovered a man who had gone into cardiac arrest while doing contracting work on a house in their neighborhood.

Flynn said the man, who he estimated was in his mid-to-late 50s, began having a heart attack in the front seat of a truck after becoming light headed and dizzy.

“We tried getting him out of the front of the truck and once we did, we got him in the front yard in the pouring rain and we started CPR,” Flynn said. “We called 911 and the Helena Fire Department got there a few minutes later. I continued doing chest compressions for 25 minutes or so while the HFD shocked him three or more times. After they loaded him into the truck, they were able to get a pulse back while on the way to the hospital.”

Flynn said once the victim was at the hospital, medical personnel were able to stabilize him. He received three heart stents along with quadruple bypass surgery and is now recovering.

Flynn emphasized that if it wasn’t for his neighbor, along with fellow Helena Police Officer Michael Nelson’s quick actions, the outcome for the victim would’ve been much poorer.

“Michael Nelson showed up immediately after we started CPR and he had a CPR mask that he gave to us that was instrumental in getting air to the victim,” Flynn said. “His tongue and lips were blue and Mary Pat said that that was extremely important to have that mask.”

Helena Fire Department Captain Chaed Agee said another factor in helping save the man’s life was the knowledge and training Helena police officers have to perform CPR.

“I just did a CPR refresher or recertification for the Helena officers about a month ago,” Agee said. “I had given Nelson a CPR mask the day before this man went into cardiac arrest. Immediate effective CPR is the key to cardiac arrest survival and so by them starting CPR immediately, that’s what gave the guy a fighting chance. The stars really aligned for him to make the recovery.”