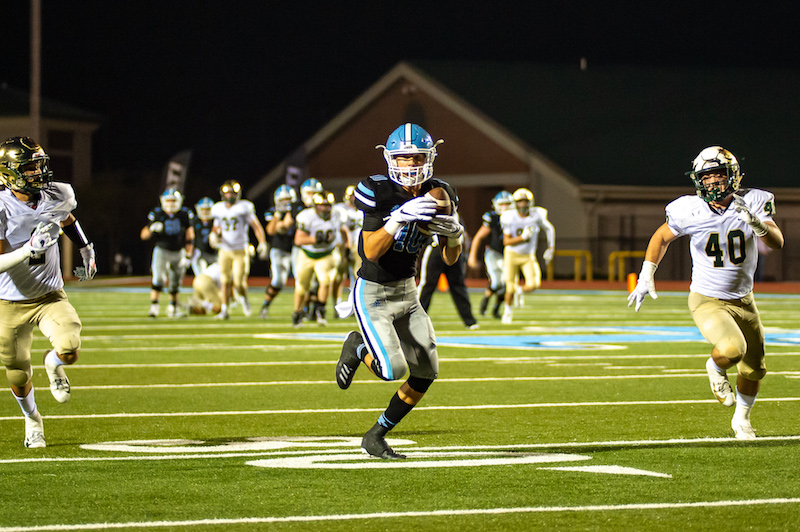 HOOVER – The Spain Park offense managed to score twice, and the defense made it stand up in a 14-7 win over Shades Valley on Friday, Nov. 1, to conclude the regular season.

The game was scoreless at the end of the first quarter, but host Spain Park got on the board first with 4:41 remaining in the second quarter when Austin Hutcheson ran it in from seven yards out.

Drake Tabor added the point-after, as he did with 57 seconds left in the third quarter after a Michael Callens 32-yard run.

Shades Valley outgained Spain Park 346 yards to 294 but also had three turnovers to the Jaguars’ two.

Jacob Jenkins was his favorite target with four catches for 53 yards.