Chelsea wins 2nd in a row going into playoffs 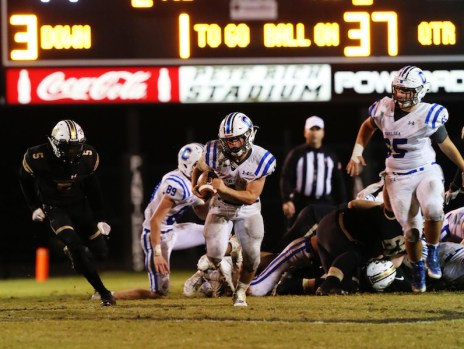 Chelsea's Collier Blair had two clutch rushing touchdowns for a combined 140 yards in the fourth quarter of the Hornets' 24-14 victory against Pell City on Friday, Nov. 1. (For the Reporter/Cari Dean) 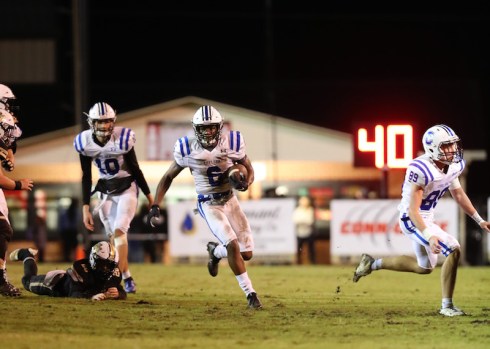 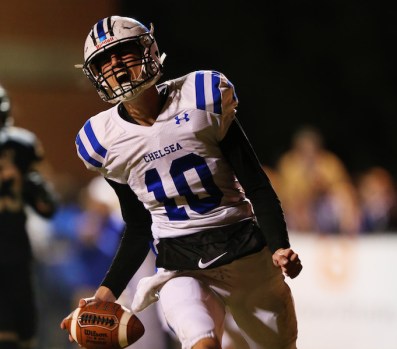 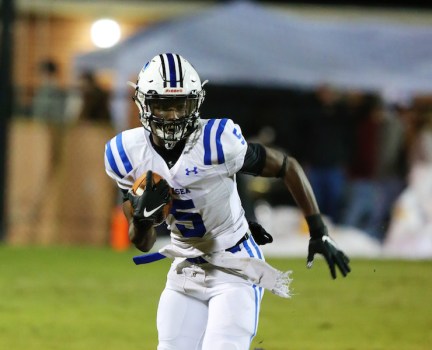 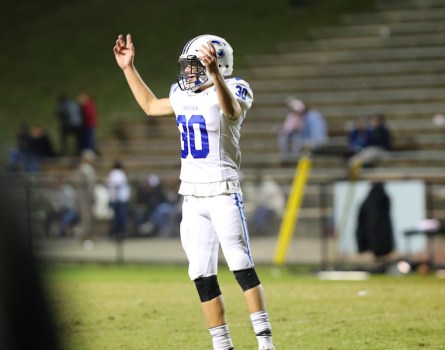 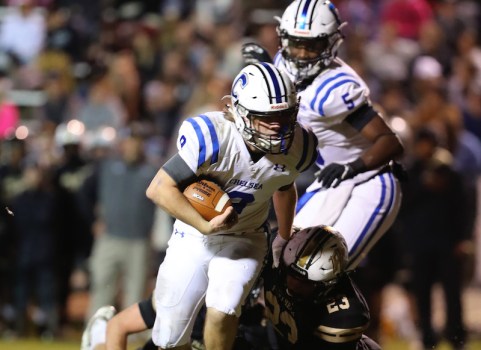 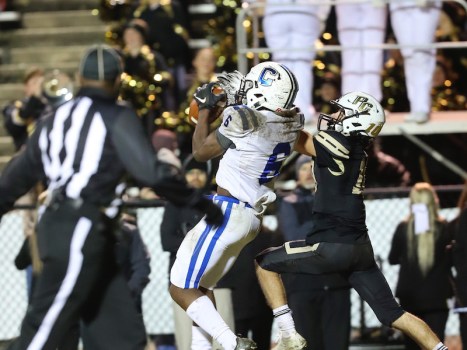 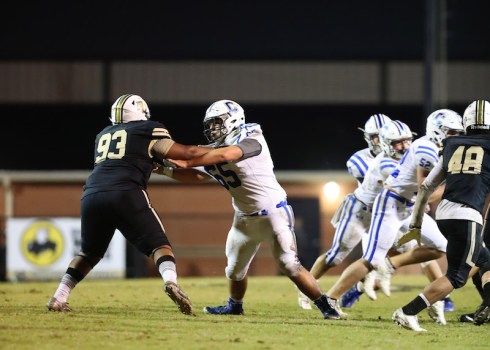 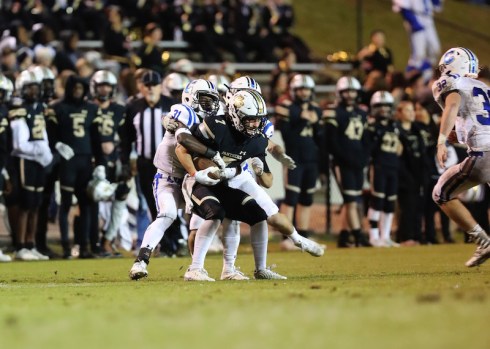 PELL CITY – After three heartbreaking losses by three points or less, the Chelsea Hornets were desperately searching for momentum, and they’ve found it the last two weeks, closing out the season with a two-game winning streak, including a 24-14 victory against Pell City on Friday, Nov. 1.

The Hornets were able to close out the regular season and head into a matchup with Class 6A No. 6 Oxford in the first round of the postseason with a win thanks to a strong comeback effort that saw them fall behind 7-0 at the half and 14-7 heading to the fourth quarter.

But Collier Blair continued to do what he had done all season.

With the weight of the offense squarely on his shoulders for the majority of the season, he had felt pressure packed moments and hadn’t shied away.

In the fourth quarter of the regular-season finale, the junior running back was able to pick up two touchdowns that equaled a combined 140 yards, one of 70-plus yards and one of 60-plus yards, to help the Hornets score 21-unanswered points in the 24-14 victory.

With that win, the Hornets were able to pick up a second win in a row behind strong running from Blair, who posted 91 yards and two touchdowns a week ago in a shutout against Calera.

The game, however, started out much slower than the explosive ending for the Hornets.

After a scoreless opening quarter, Pell City struck first on a touchdown pass from Mitchell Gossett in the second quarter, which gave the Panthers a 7-0 advantage at the half.

But after some halftime adjustments, the Hornets had a better second half.

It started with a 20-yard touchdown run from Caleb Moore early in the third quarter, which tied the game at 7-7.

And while Pell City answered back with another long touchdown run in the final three minutes of the third quarter, that became the last score of the night for a Panthers’ offense that has struggled this season.

On one of the first few plays of the final quarter, Blair struck with his first touchdown run of 73 yards to tie the game at 14-14 with 10:54 to play.

Then the Hornets’ defense stepped up to hold Pell City in check and give the offense a chance to win.

Chelsea took its first lead of the game on a field goal of around 30 yards from Cooper Neal that put the Hornets in front 17-14 with less than five minutes remaining.

Then, after another strong defensive stand, Blair put the cherry on top of the comeback when he toted the ball 65 yards on the Hornets’ next offensive drive to put the game out of reach at 24-14 with less than three minutes to play.

Blair finished the game with 206 rushing yards and two touchdowns to pace Chelsea in the victory.

Caleb Moore totaled 108 passing yards from the quarterback position. Michael Gibbs was the team’s leading receiver with one catch for 38 yards, while Gabe Ruffin added two catches for 37 yards and Alexander Fritz had one for 33 yards.

Chelsea will now travel to take on Oxford in the first round of the playoffs on Friday, Nov. 8.