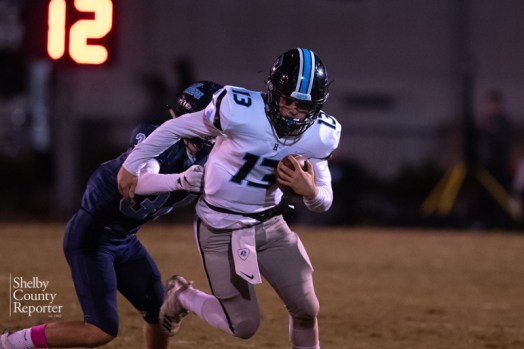 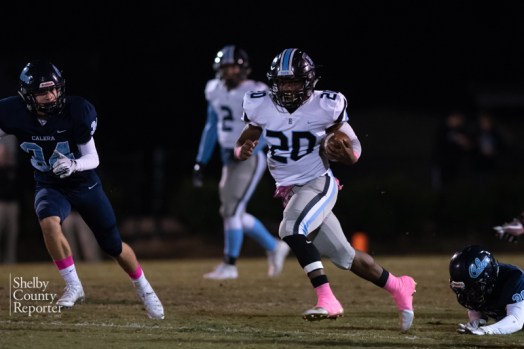 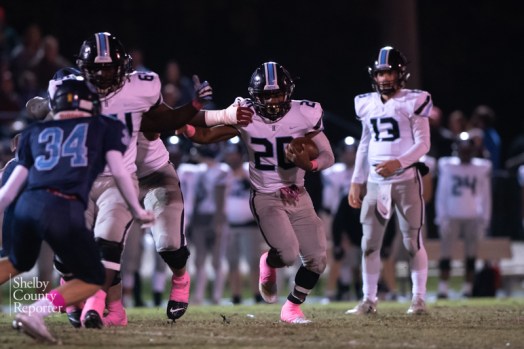 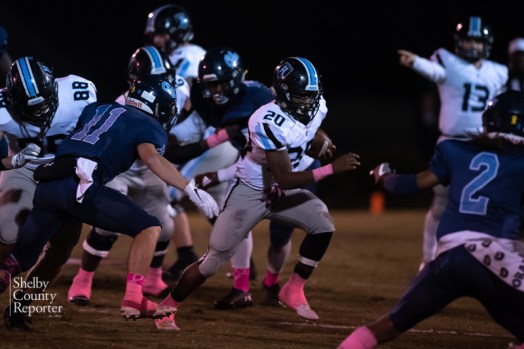 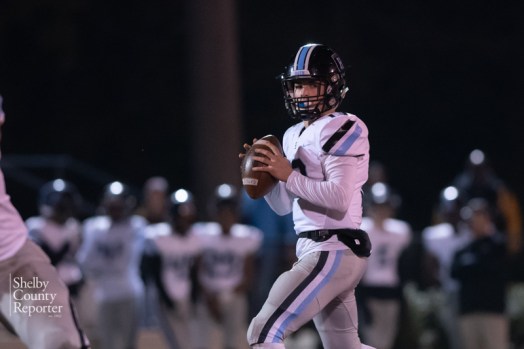 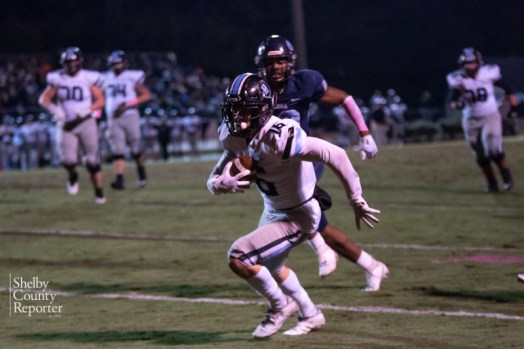 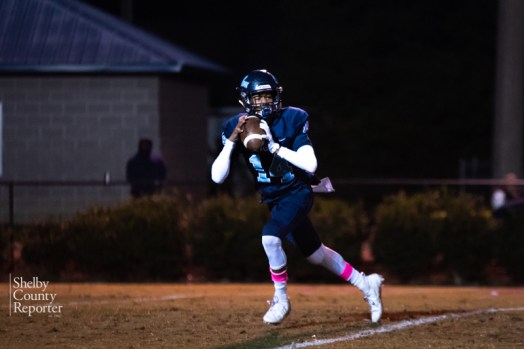 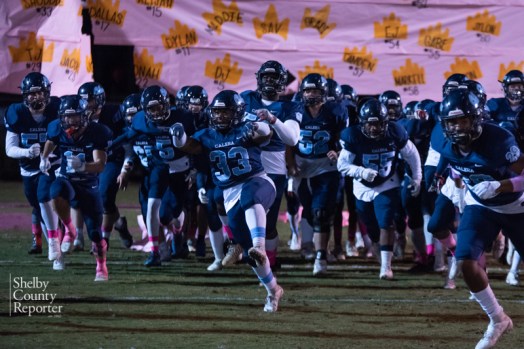 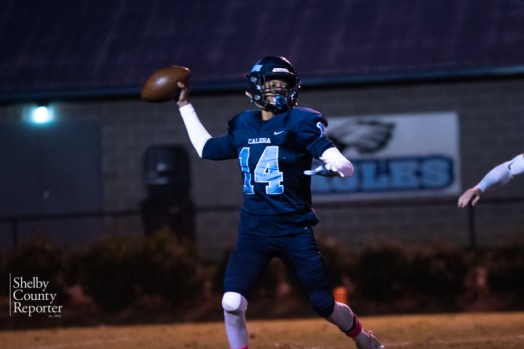 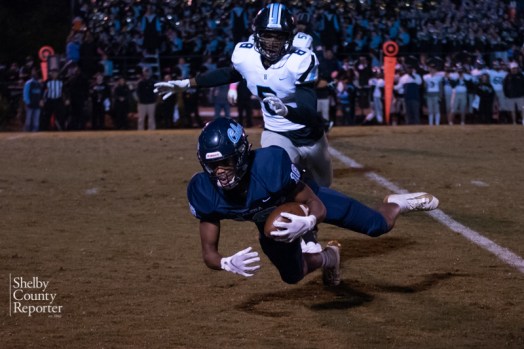 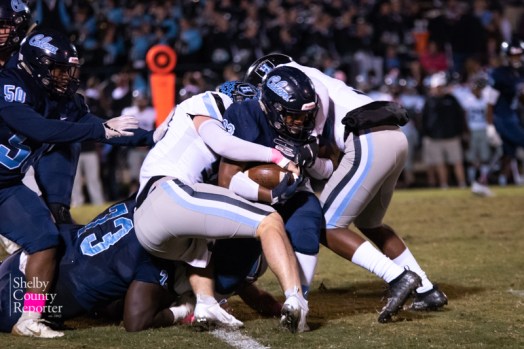 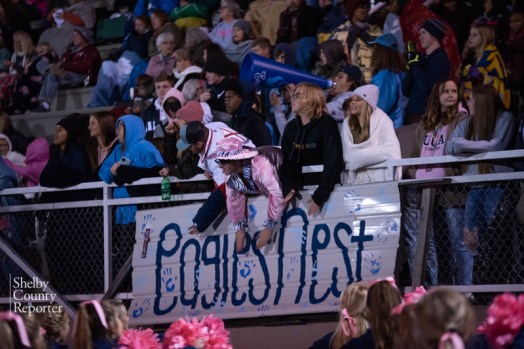 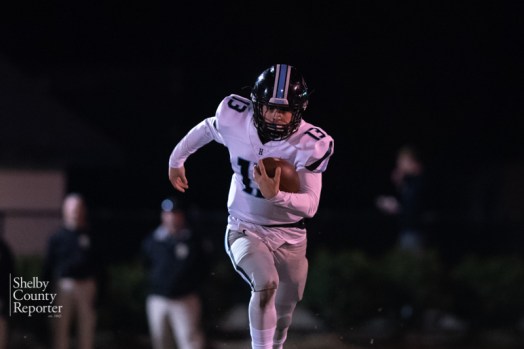 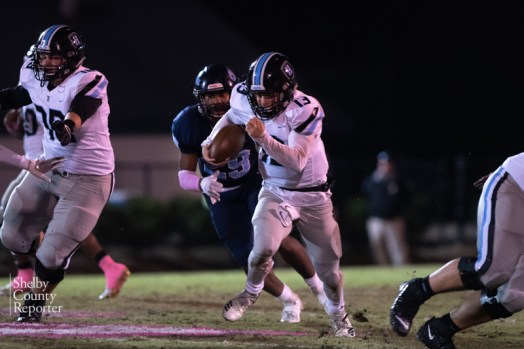 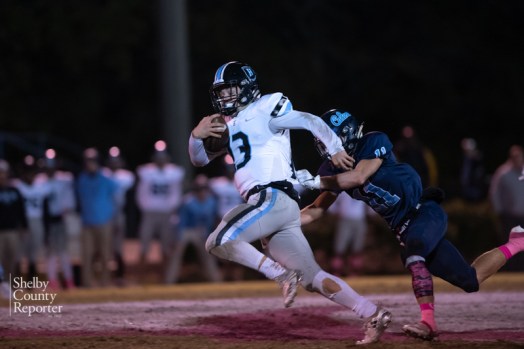 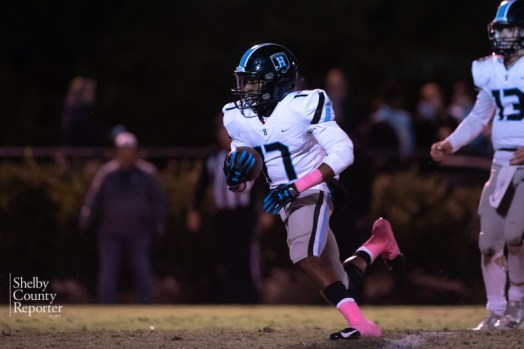 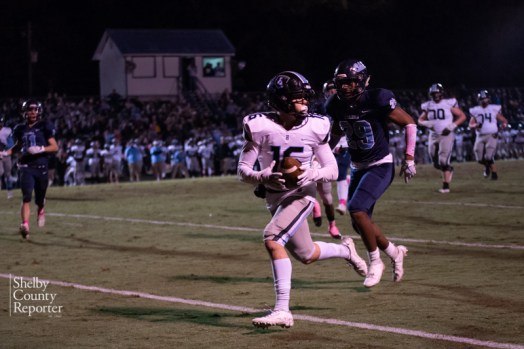 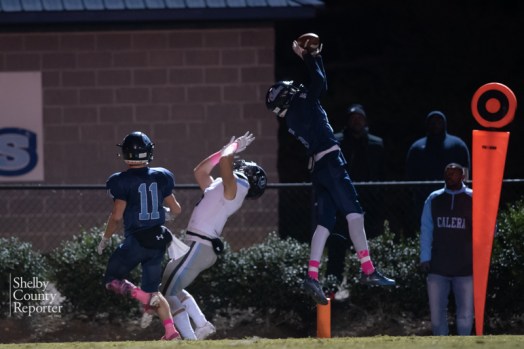 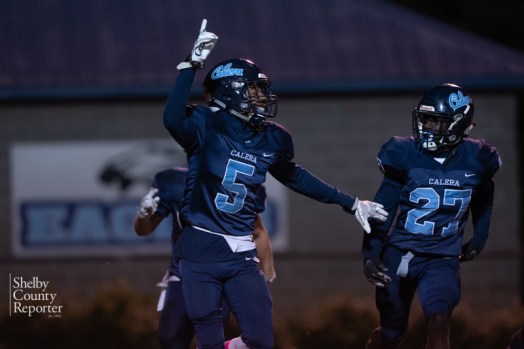 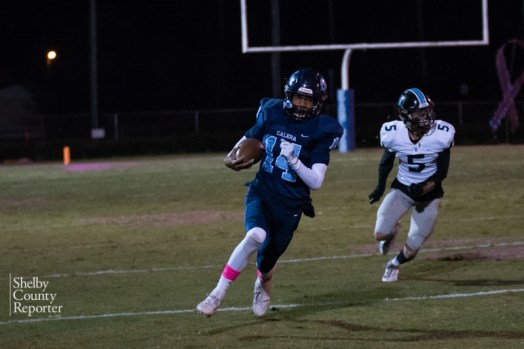 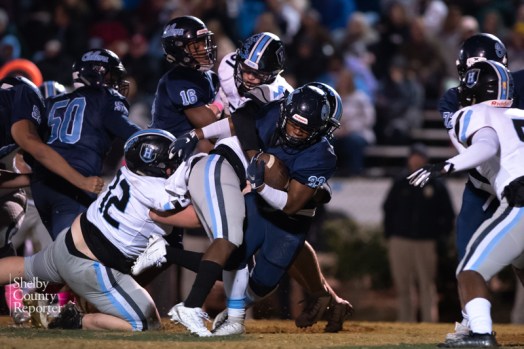 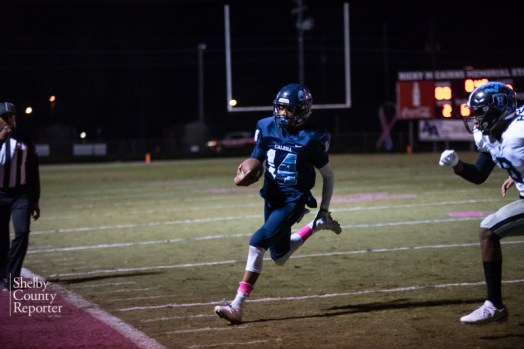 CALERA – As the temperature tumbled toward the freezing point, Helena took the field against a scrappy Calera team in a tough county matchup on Friday, Nov. 1, to close out the 2019 regular season.

The Eagles’ defense held for as long as they could, but the Huskies capitalized on their opportunities and took the icy win, 21-3.

“We didn’t play up to our standard tonight and a lot of credit for that goes to them,” said Helena head coach Richie Busby. “We need to have a better week of practice to get us ready for the playoffs.”

Neither defense budged in the first period as both teams saw their first two drives render an empty scoreboard.

Calera found some rhythm late in the quarter and drove down to the Helena 21-yard line before the end of the quarter. Stifled there, kicker Jordan Helm stepped in and laced a 38 yarder through the uprights to give Calera their only lead of the ballgame at 3-0.

Helena’s offense took the field again only to be turned away again for a three-and-out, but found themselves back on the field in short order.

The following punt grazed off the Eagles’ returner, and the Huskies fell on it for their best field position of the night. Helena struck quickly on the next play as running back Marquise Johnson darted into the end zone from 24 yards out to put the Huskies up 7-3.

Calera’s defensive line played well all night under tough circumstances and forced a fourth down from the 2-yard line. Forced out of the pocket, quarterback Luke Stamba ran right trying to find a receiver but his pass couldn’t find its target giving Calera the ball, but in a precarious position.

The Eagles, deep in their own territory, were unable to move the ball again and were forced to punt out of the back of their own end zone. The punt got cleared out of trouble, but still placed Helena in very favorable field position at Calera’s 31-yard line.

The Huskies had a short field, but little time remained on the clock with a little over a minute to go. An incomplete pass on third down forced fourth down with just 13 seconds remaining, but Stamba stepped up in a clutch moment and found senior Antonio Ruiz in the left corner of the end zone to take the 13-3 lead into the locker room. The extra point was blocked but the Huskies clearly held the momentum.

It didn’t take long for Helena to take control in the second half as Ladarrius Rice snatched the first pass of the third quarter from Calera and returned it to the Eagles’ 46-yard line.

Johnson paced the Huskies’ offense to that point, and a 16-yard run on the opening play took the Huskies well into Calera territory, but he was injured on the play and did not return.

He ended the night with 88 yards on 13 carries and is expected to be back next week.

Four plays later, Stamba found another senior receiver, this time Riley Marks, with a slick pass in the right corner for the game’s final score.

Stamba finished just 4-of-21 passing for 65 yards, but picked up 85 yards on the ground.

Helena piled up 280 of their 345 yards of offense behind their rushing attack.

Helena’s defense held serve for the remainder of the game to send themselves into the playoffs with a good win.

Chase Smith also had an interception in the fourth quarter.

“Our defense played very well tonight as a unit and really took momentum away with those two interceptions,” Busby said.

Helena (9-1, 6-0) will host Clay-Chalkville in the first round of next week’s playoffs Friday, Nov 8.