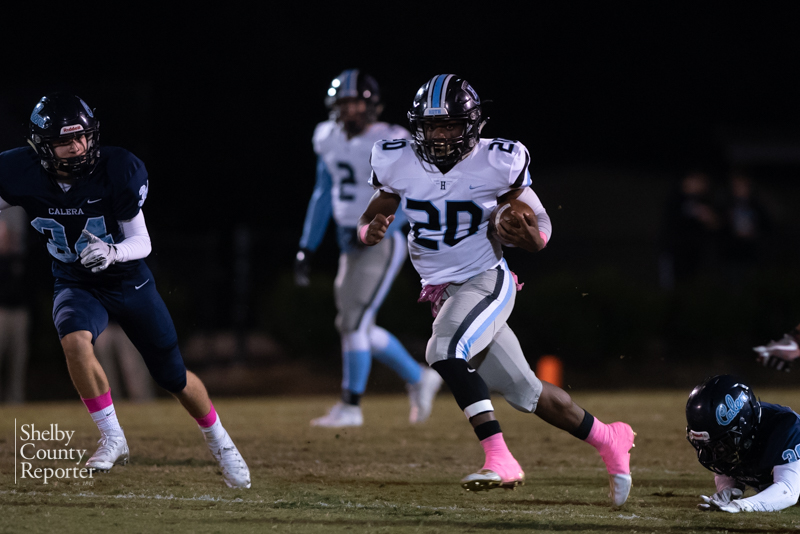 Helena will host Clay-Chalkville in this week’s Game of the Week and a first-round playoff matchup. (Reporter photo/Keith McCoy)

It’s November. The high school football season now officially starts. While we’ve seen 11 grueling weeks of action, this is what every player works all offseason and regular season for as the playoffs officially kick off this Friday night.

It’s win or go home the rest of the way, and for five Shelby County teams, they couldn’t ask for anything else.

Briarwood, Chelsea, Helena, Montevallo and Thompson all have advanced to the playoffs, and four of those five did enough during the regular season to host a first-round game.

That said, no team has a cake walk in the opening week of the 2019 postseason, as each looks to start a five-week season that concludes with a state championship.

Helena vs. Clay-Chalkville (Game of the Week)

For the first time in the 6A classification and the second time in school history, the Helena Huskies will host a first round playoff matchup after claiming the Class 6A, Region 5 Championship after finishing region play undefeated this season.

Overall, it marks the third playoff berth for the Huskies, who also made it in their first two years as a school in the 5A classification.

And while that’s an accomplishment in its own right, Helena has to get focused in a hurry because they may have one of the more difficult first round games of any one seed in the state against No. 9 Clay-Chalkville.

The Cougars compete in a region with other top 10 teams Oxford, Pinson Valley and Gardendale and finished the season with just two losses, a 31-7 loss to Pinson Valley and a 38-35 loss to Gardendale. They also beat No. 6 Oxford 36-21 to hand the Yellow Jackets their only loss of the season.

Clay-Chalkville enters the game having won five in a row, and defensively, the Cougars have allowed no more than 21 points during that stretch and have allowed 13 or less in three of those five.

Helena, however, has been on fire the entire season. The Huskies have now won eight games in a row and finished region play a perfect 6-0 for their first region title in school history. Their only loss of the season was a 32-24 loss to No. 3 Hueytown—a game in which they might have won without a slow start.

Behind quarterback Luke Stamba and running back Marquis Johnson, as well as one of the best offensive lines in the 6A classification, the Huskies are going to line up and run the ball at you and make you stop that to beat them.

It seems easy enough, but no team has been able to hold them in check to this point, and if they are for a certain period of time, Helena’s defense steps up as well.

The Huskies are veteran-laden on that side of the ball and are giving up just 17.8 points per game. Helena has given up 21 or less in six of its last seven and 28 or less during its eight-game winning streak.

The one aspect of this game the Huskies have to worry about is a slow start. A team that has gotten off to slow starts on several occasions, they almost expect it and don’t sweat, but against a team of this caliber, that could be a difference maker.

If the Huskies can come out and play with a second-half mentality in the first quarter and build a lead, that will go a long way. But this Clay-Chalkville team is averaging 29.7 points per game offensively and giving up just 19.5 points per game.

It’s going to be a tight game and Helena better be ready for a battle, but what I’ve seen from this offensive line this year and the players behind it, I’m going to lean toward the Huskies to pick up their second playoff win in school history. 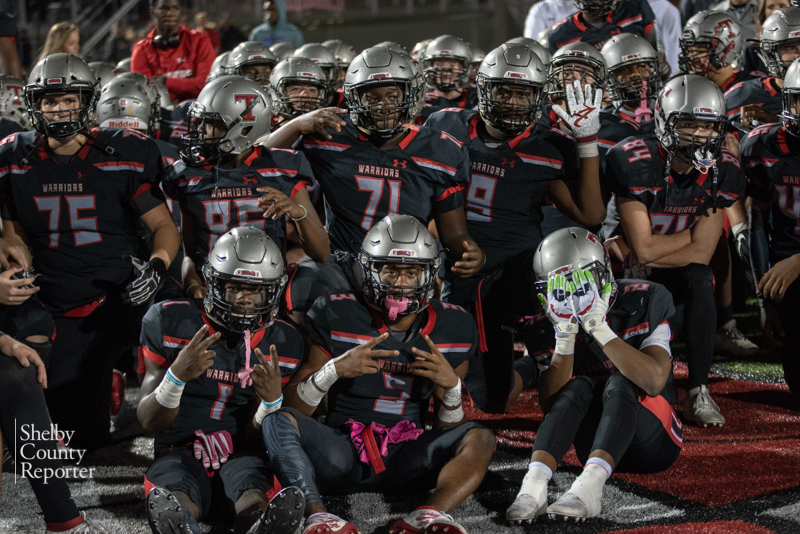 If there is one team that should be angrier than the rest heading into the postseason, it’s the Thompson Warriors.

After a loss to Hewitt-Trussville in their regular-season finale, the Warriors not only had a bye week to let that stew going into the postseason, but they fell from No. 1 to No. 4 in the Class 7A standings, behind a Hoover team they beat earlier in the season.

I’m not sure how this team doesn’t go into a first-round matchup with Austin ready to unleash some frustration, which is dangerous with the skillset they have.

Head coach Mark Freeman warned his team the last few weeks that anybody could beat them and there is plenty for them to work on, and after the loss to Hewitt, they’ve seen that to be true and know what it’s going to take now.

Austin comes into this game, however, as a team that won’t be an easy out. The Black Bears have lost three of their last five games, but those losses have come to Sparkman, Bob Jones and James Clemens, three good teams, by a combined 13 points. Those are also their only losses of the season.

The Bears have a defense giving up 18.5 points per game, while the offense is scoring 35.3 per game.

But at the end of the day, Austin hasn’t faced an offense like Thompson’s this season. The Warriors have too many talented receivers and several running backs, as well as an efficient quarterback in Sawyer Pate, who will come in with a chip on his shoulder after throwing a pick-6 that cost them a chance to win the Hewitt game. That offensive unit is scoring 43.1 points per game and should have a good showing in this one.

The defense has been consistent throughout the season until giving up 35 to the Huskies two weeks ago, but before that, they had given up 23 or less in seven of their first eight games.

Thompson needs to be prepared for a battle because this will be tougher than last year’s 45-14 first-round game against Florence, but I’d be more worried if the Warriors hadn’t lost in their last game before this.

They’ve had an extra week to prepare a game plan and fix mistakes. That combined with hunger and talent will be too much of an advantage for Thompson. 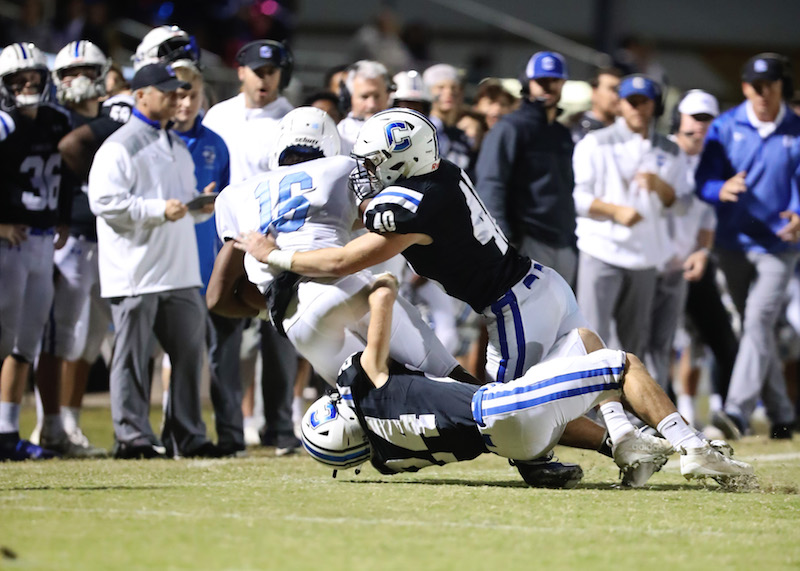 After losing three games in a row by three points or less, the Chelsea Hornets have now won two in a row to close the regular season and gain confidence heading into the postseason.

And that’s confidence the Hornets needed, because now comes a road trip to No. 6 Oxford in the first round. Coached by Keith Etheredge, who is a four-time state champion at Leeds, the Yellow Jackets finished the regular season at 9-1 with their only loss coming to No. 9 Clay-Chalkville.

The Yellow Jackets are averaging 40.1 points per game and have scored 40-plus points in six of 10 games this season, while the defense has given up more than 20 just two times and has given up 14 or less in seven of 10. It’s a defensive unit giving up just 13.3 points per game.

The question of whether this game is close or not comes down to Chelsea’s defense. The Hornets got their first shutout since 2010 two weeks ago and gave up just 14 points last week to close out the season. That matched the way they played in their first four games of the season where they gave up 17 or less.

Then they hit a stretch where they gave up 27-plus in four games in a row.

If Chelsea’s defense plays like it did in those six games of 17 points or less, this game will be extremely interesting. Collier Blair will also be key offensively as a guy that can rack up 100-plus yards with ease on the ground.

I think, on a cold night, this game will be closer than many might expect, but Oxford has a little bit more diversity on offense. If Chelsea can get Caleb Moore and Michael Gibbs going in the passing game, they’ll have a chance at the upset, but Oxford’s defense is going to be tough to move the ball on. 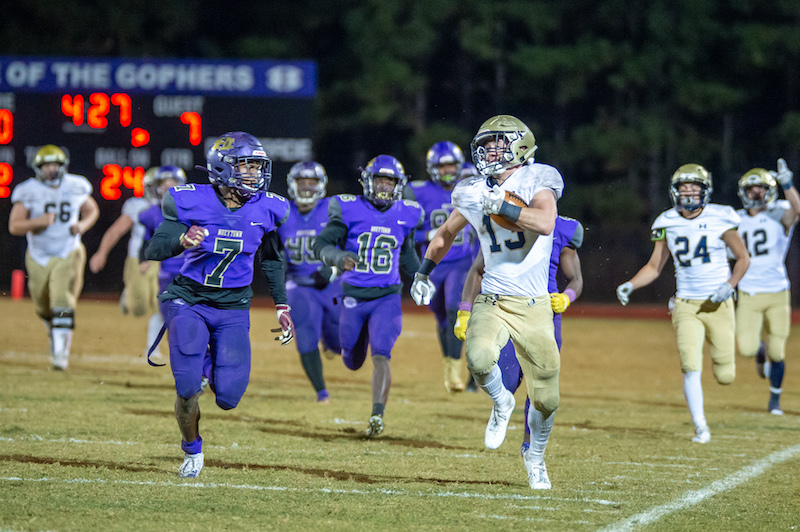 What a turnaround for the Briarwood Lions this season. After an 0-2 start, that eventually became a 1-1 start with Chelsea forced to vacate its win, the Lions have now won eight games in a row and upset 6A No. 3 Hueytown last week to claim the 2019 Class 5A, Region 4 championship in their first year with Matthew Forester as head coach and first year without Fred Yancey.

Briarwood now goes into the postseason as a No. 1 seed with a first-round matchup against Marbury.

Marbury is 6-4 overall this season scoring 31.2 and giving up 28.9 points per game. All four of the Bulldogs’ losses have come to good teams, but Briarwood is another one of those good teams.

But more concerning is the Bulldogs’ defense giving 28.9 points per game. They’ve given up 34 or more in six of their last eight games.

Briarwood’s offense has really come along lately, and without star running back Luke Prewett. Not only will he be back in the first round of the playoffs, but Luke Reebals now has a ton of experience and has played great as well, while freshman quarterback Christopher Vizzina and receiver Blake McKenna have formed a special connection as well.

The Lions will have to be ready for a battle because Marbury isn’t a bad team and could pull the upset, but Briarwood has a lot of confidence and is playing too good defensively right now with an offense that should be back to full strength as well. 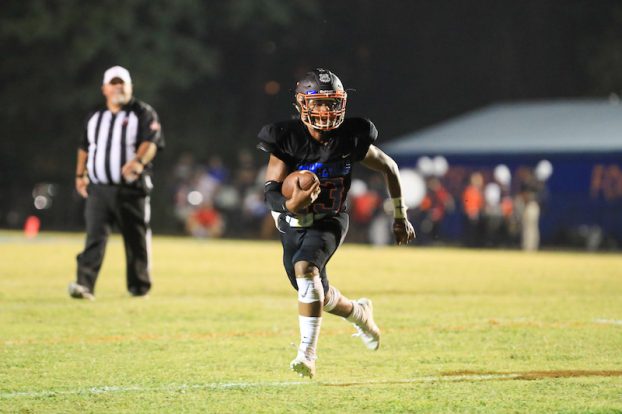 This is the moment Montevallo has waited for all season. Having battled injuries throughout the regular season, the Bulldogs had an up-and-down ride, finishing with a 6-4 record, but they were still able to claim the two-seed out of Class 4A, Region 3.

Now comes their chance at redemption. A team that was banged up going into the postseason last year and had to start star receiver J.J. Evans at quarterback, the Bulldogs went out in the first round as a two-seed. Now, in 2019, they seem to be healthy and ready to go against Talladega.

While Montevallo is coming off a 38-34 loss to Lincoln, that’s a top-10 Lincoln team that the Bulldogs were on the verge of beating.

The last two weeks, Talladega has scored just 14 points in each game, and while Montevallo’s defense has struggled throughout the season, the Bulldogs have gotten much better on that side of the ball in recent weeks.

If Montevallo’s offense comes out and plays with a fire lit under it, they can rack up points in a hurry, and in a game like this, the Bulldogs have to be motivated to do so because if it happens, it’s going to be tough for Talladega to keep up.

I think Montevallo is extremely motivated for this game, and with go-to receivers Jamarius Carter and Evans on each side of the ball for star quarterback Malik Inabinette to throw to, they’ll be ready to score on every play.