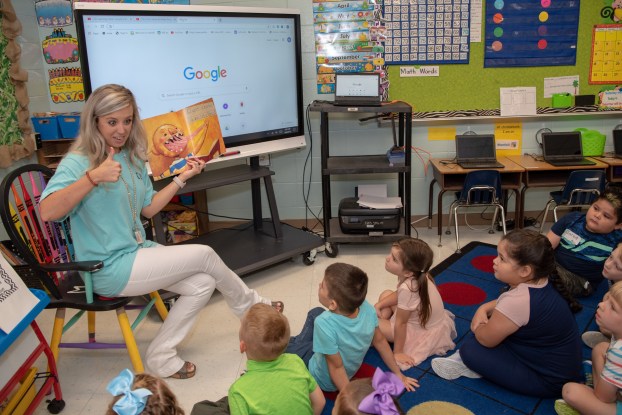 Alabaster City Schools’ grade on the latest Alabama state report card improved from 85 to 91, which is the greatest increase among districts that serve Shelby County. (File)

ACS earns an A on state report card

ALABASTER – Alabaster City Schools is one of only 26 school districts statewide to receive an A on the latest Alabama State Department of Education Report card, which was released on Friday, Oct. 18.

Alabaster City Schools’ grade improved from an 85B to a 91A, which is the greatest increase among districts that serve Shelby County.

The score each school district received is reflective of the state overall grade, which improved from 80 to 84. This year’s analysis is based on data from the 2017-18 academic year.

Each district’s grade is based on certain indicators such as academic achievement, academic growth, graduation rates, college and career readiness, chronic absenteeism, and progress in English language proficiency. Each indicator is weighted differently.

“As a district, we’ve come so far,” ACS Superintendent Dr. Wayne Vickers said. “There’s no one thing that did it for us. It takes a commitment to continuous improvement.”

Vickers said the district’s grade is reflective of the hard work put forth by teachers, administrators, students, parents and support staff.

The individual schools in each district were also graded. Each ACS school earned a B or better.

The Alabama State Report Card is available at ALSDE.edu. Once at the site, click “Alabama State Department of Education Report Card” on the right side of the yellow navigation bar.

“The new report card allows you to compare up to four schools and/or school systems side-by-side, with applicable data available from 2014-2015, to the most current information available, 2017-2018,” State Superintendent of Education Eric Mackey said. “Previously, there were two separate documents that contained all the information the ALSDE is required to report for both state and federal mandates. Now, all the information for both are integrated into this one platform.

Student profiles now show student demographics such as ethnicity, gender, limited English proficiency, students with disabilities, students who are homeless, migrant, in foster care, or are in military families.

“We hope this can be used as a catapult to jumpstart conversations about what is working in public schools as well as identifying areas that may need support and/or additional resources,” Mackey said.

Pelham plans for the future

By KAITLYN BAKER / Special to the Reporter PELHAM – Where do you think the City of Pelham will be... read more