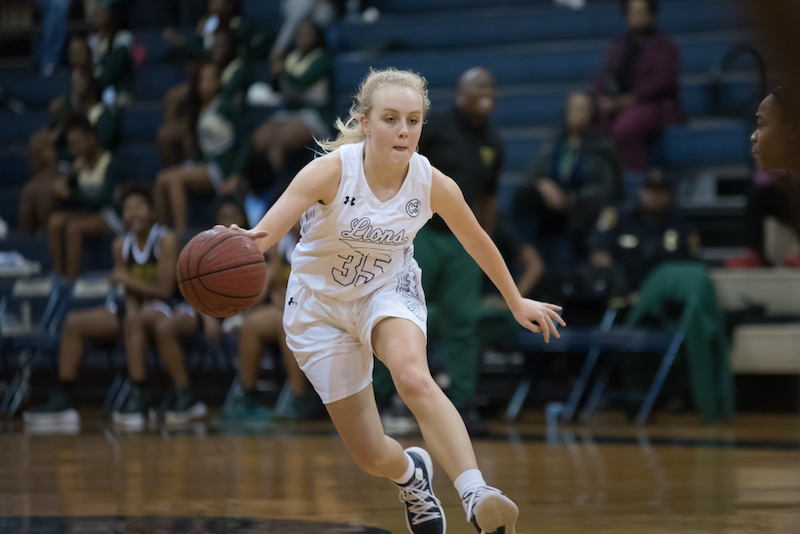 The Briarwood girls basketball team will look to build off its first trip to the Sweet 16 in seven years heading into the new season. (File)

Coming off their first trip to the Sweet 16 in seven years, the Briarwood girls’ basketball team is primed for another strong run under second-year head coach Lorie Kerley.

The Lions finished last year at 13-10 after losing to Elite-Eight team Charles Henderson 55-12, but they also had wins over John Carroll in the area tournament and Sylacauga in regionals to show the potential of a special group.

Heading into the 2019-20 season, there is reason to believe this year’s team will be ready for another strong season thanks to the return of a strong junior class, including three with varsity experience in Maddie Vaughn, Anna Martin and Emily Scott.

“A lot of our team is juniors this year,” Martin said. “We’ve been playing together since seventh grade so team chemistry is key. We know how each other thinks and that should benefit us this season.”

With a team GPA of 4.08, it’s also a smart group that works hard both on and off the court and knows how to use that to its advantage during each game.

Vaughn was the leading scorer on last year’s team averaging 9.1 points per game, and she’ll be a key focal point again this season after also averaging 1.2 assists and 1.1 rebounds and steals per game.

“We all want to be better leaders this year,” Vaughn said. “We’ve been with coach Kerley since seventh grade so we’re comfortable with each other, now it’s about leading the young group under us and improving every day.”

Scott was the team’s second leading scorer last year averaging seven points and 5.3 rebounds per game, which makes her a key returnee as well.

Scott is hoping last year’s experience as a varsity player as well as the postseason run will help her and the team this season.

“We were excited about how last year went,” she said. “We had never made it that far before. It was fun, and now it gives us a good reason to look forward to this year. We want to make it farther and farther every year.”

One of the main focuses for this year’s team is to bring a new level of intensity to practice.

“We were too confident at times and not confident enough at other times last year,” Martin said. “We talked about what each player wants to bring to practice and the season this year. Some girls talked about encouragement, leadership and other qualities. We all need to have a certain quality that we can bring to the table.”

“We have to stay intense in practice,” Scott said. “Sometimes we wouldn’t work as hard in practice last year. If we can do that this year, we’ll be a more consistent team in wins.”

When it comes to running the offense and defense, the Lions are hoping to limit turnovers, while playing good defensively.

“We’ll have a pretty good defense this season,” Scott said. “And we’ll be good on offense, but we have to limit turnovers and mistakes. We’ve worked on specific drills to help limit turnovers, especially late in games.”

With six juniors on this year’s team, the Lions are hoping to put together not just a special season this year, but continue building toward what could be an incredible season next year.

“We have to do a good job of helping the younger players feel comfortable,” Martin said. “I was intimidated when I first came in, and we don’t want to make underclassmen feel intimidated because we are set up for a good run if they can come along.”

Briarwood will open the 2019-20 season on Tuesday, Nov. 19, with a home game against Trinity Presbyterian.