Montevallo girls have young but hungry team for 2019-20 season 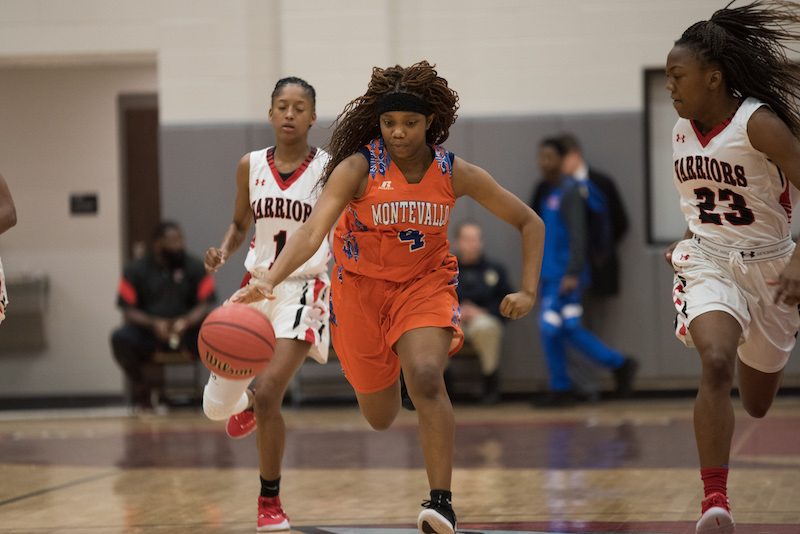 The Montevallo girls basketball team will look to lay a strong foundation for the future with a young roster this season. (File)

The Montevallo girls basketball team was never able to get going during the 2018-19 season, but the focus has now shifted and turned to the 2019-20 season, and while the Bulldogs lose a lot of talent, it’s not a rebuilding year, it’s a “building year” according to head coach Tena Niven.

“Every seven or eight years, we have a building year, but if we do it right, the years that follow, we’ve had several 20-win seasons that tend to follow,” Niven said. “This is a fun group of players to be around, but we have to be patient and hold younger kids accountable.”

The reason there may have to be some patience, as well as some accountability, is because the Bulldogs will have seven freshmen out of 11 players on this year’s roster.

In addition to those seven players, there are three juniors and one senior on this year’s team.

Two of those upperclassmen who are expected to be leaders are senior post player Tiana Kennedy and junior guard Riauna Inabinette.

“They may be two of the quietest players on the team, but their learning to be vocal leaders going into this season because these two will be my leaders,” Niven said.

Inainette is the younger sister of Montevallo’s starting quarterback Malik Inabinette, which is something that she thinks can motivate her to be her best this season.

“It’s time for me to step up,” she said. “I have to take control like my brother does on the football field. We are so competitive. When we play games, we always bet. I say I’m going to score this many, he says this many and the loser has to own up. I don’t want to have to own up much this season.”

As the only senior on this year’s team, Kennedy will also be looked upon as a leader that has to help set the standard for the future.

“I’m going to have to be there for them in practice and encourage them,” she said. “I want them to remember me as someone that helped them at the beginning of their basketball career and see me as a leader that helped them with their game.”

Last year, Niven said she was disappointed that her team didn’t play up to the potential it had, but this year she likes the mix of older and younger players that can be molded.

“This group just needs to be coachable,” she said. “We know we’ll take some losses, but as long as they play hard, it will be OK. They’ll eventually find success.”

In addition to those two returning players. Siara Kennedy and Jaylen Ivory will also be key players on this year’s team as young playmakers.

But no matter who is on the floor, Niven said defense will be the main focus.

“Everybody can play defense,” she said. “That’s just heart and desire. We want to be the best defensive team on the floor and have that lead to easy baskets on the other end.”

Niven said her team has been working hard in the weight room as well as conditioning so they can be “giant slayers” this season every time they step on the court.

“We’ve scrimmaged a lot to help focus on our defensive pressure,” Tiana Kennedy said. “We want to make sure we are in the right shape and in the right position to help us succeed.”

Niven said her main goal for the season is to have her team learn how to compete. While they face a difficult area, she knows that if this team can focus on competing, they’ll have a chance to not only have a special season this year, but set the young freshmen up for a bright future.

The Bulldogs will open the 2019-20 season with a home game against West Blocton on Thursday, Nov. 14.