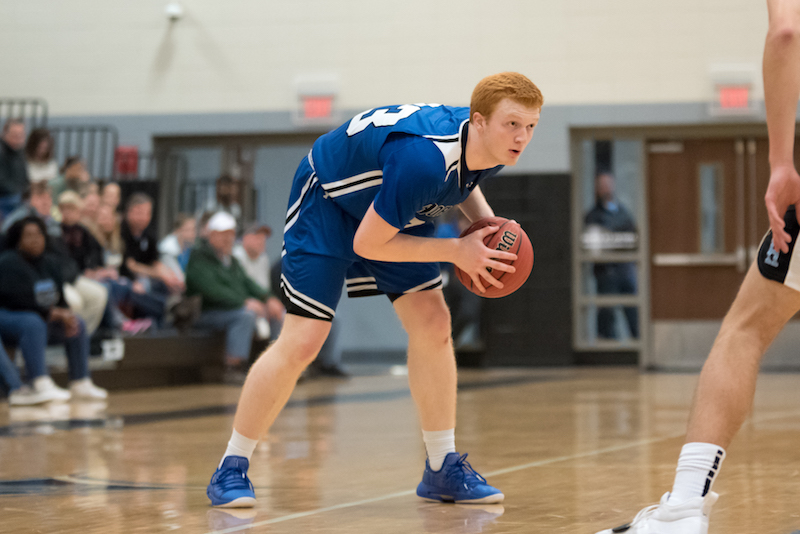 The Chelsea Hornets will bring back one of the most experienced teams to the 2019-20 basketball season. (File)

Last year seemed to be going according to plan when Chelsea won the regular season area championship to earn hosting rights of the area tournament where the Hornets squared off against Calera, who they beat twice during the regular season.

But in the area tournament, the Eagles ended up getting the better of Chelsea to end the Hornets’ season short of the postseason.

“We’re disappointed with how we finished last year,” head coach Nick Baumbaugh said. “We’ve been busting our tails since spring and have a chip on our shoulders.”

Heading into this season, the Hornets lose big man Daniel Washington, who averaged 14.2 points and 8.5 rebounds per game, but get back a big bulk of their team.

Chelsea will return seven seniors and a junior, including four returning starters, while freshman Paul Lanzi, the third of the Lanzi brothers to come through Chelsea, will also play a big role.

Two of the key returning players will be Jacob Tierney and K.J. Hall.

Tierney averaged 7.3 points, 2.3 rebounds and 1.6 assists per game last year. But during area play, his level of play intensified scoring 10.3 points per game.

Hall, on the other hand, got limited minutes last year, but should be one of the more athletic players on the floor this year.

“Jacob was streaky last year and KJ came off limited minutes,” Baumbaugh said. “I want these guys to be vocal. My door is always open and I want the leaders to let me know what’s going on or what needs to happen with this team. They’ve done a great job of that throughout the offseason, which is helping a lot of younger guys.”

Taking on a bigger role this season, Tierney has worked a lot on his game to handle that pressure.

“The goal for me is to slow down the game a little bit,” he said. “We, as a team, had a struggle with turnovers last year. And I had a lot of hot streaks and cold streaks, so I want to be more consistent for the team this season.”

Another big spot to replace is going to be that of Washington, who was posting near a double-double every night.

“Washington was a big guy in the post and replacing that will be tough, but we’re going to be more guard oriented this year,” Baumbaugh said. “That said, we can’t just shoot threes. Caleb Moore will help us out with length. Warner Jones can play the five spot. It will be difficult to replace, but not impossible. Whoever is on the floor has to be ready to play.”

Moore, who is also the starting quarterback on the football team, doesn’t have as much size as Washington, but has the height at 6-foot-7, while Jones is close to 6-foot-4 and can bang around down low as well.

Andrew Messier will also be a player that Baumbaugh said will surprise a lot of people this year with his improvement.

Last season, the Hornets had to rely on Washington, Matthew Lanzi and Robert Marquet, but this year, Baumbaugh feels much more comfortable with anybody on the floor being capable of scoring in double figures.

“We have to do a better job in practice about replicating close games,” Baumbaugh said. “We had a turnover late last year in a game and it was on me because we had the wrong five on the floor. So it’s not just on them, it’s on me too. We’ve practiced all of our sets and getting the right lineups together for big moments.

“Our second five has to challenge our second five when we’re practicing those late game moments. That’s where the bench players that may not play as much are really key to our team. They set things aside and help us every day and are important to us.”

Chelsea should have a chance to test out those late game situations early in the season with an extremely difficult schedule before area play starts in January. Last year, the Hornets took that same approach and started the season 3-9, but then went on to win nine of 11 and won the regular season area title.

“We love our schedule. It’s a hard tough schedule that prepares us for area play,” Baumbaugh said. “We’re trying to prepare our guys for what’s coming.”

And with a total of 11 upperclassmen on this year’s team, they’ll know how to handle wins and losses early in the season and what improvements are needed by the time area play rolls around.

Chelsea will open the 2019-20 season with a home game against Minor on Thursday, Nov. 7.