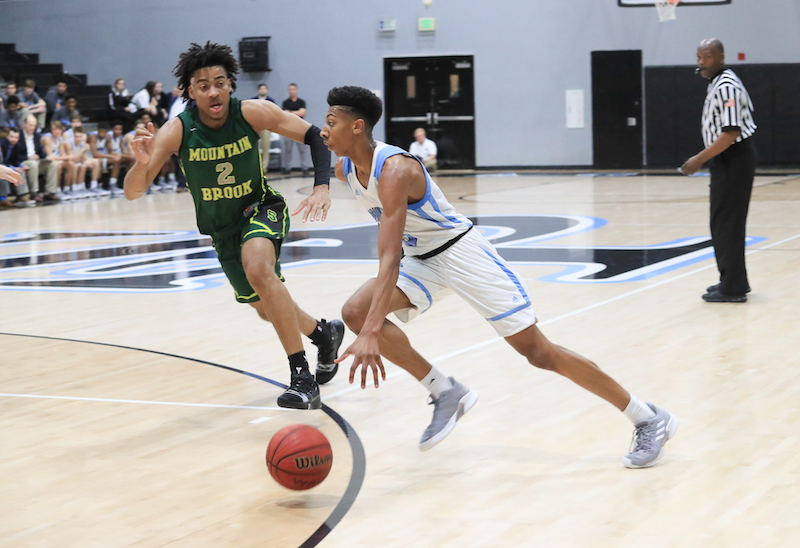 Spain Park will enter its second season under head coach Chris Laatsch this year, and will rely on two veteran leaders. (File)

A 47-46 win over the No. 2 Hoover Buccaneers to close out the 2018-19 basketball season is all the Spain Park Jaguars need to remember from last year.

In the first year under head coach Chris Laatsch, the former Briarwood and Helena coach, the Jags finished with a forgettable record of 7-23, but they also lost 15 of those games by 13 points or less. While they were on the end of several heartbreaking losses last year, the Jaguars saw that with buy-in and trust in their new coach, good things can happen.

“We’re working on building trust right now,” Laatsch said. “That comes with time, but relationships are key. We need to form that as a staff, with players and with parents. Once that happens, we’ll be in good shape. Last year was a learning curve both in that regard and in playing the game as well. We faced a lot of adversity and now we have a chance to show we’ve grown this year.”

Last year’s team had seven seniors on it, and while losing experience is always tough, there now seems to be a fresh group that is more ready to grow under Laatsch.

The only two returning starters will be senior Jacob Jenkins and junior Cam Crawford, while J.R. Lambert was the only other player to have experience at the varsity level.

That puts a lot of pressure on both Jenkins and Crawford, but both are ready for the moment.

“We have to lead by example,” Jenkins said. “How the younger guys look up to us is key. Coach Laatsch really helped us build up our intensity and now that’s starting to change the culture. We have to be the ones to step up and help this team continue to buy in and believe.

“Last year, stuff didn’t go our way, but learning how to respond was big. When we face adversity, we have to grind through tough times this year.”

The biggest takeaway from last year, however, wasn’t the wins or losses, it was the effort. A team that didn’t give 100-percent effort two years ago, seemed to have an attack mindset both offensively, and while they got beat with that aggressiveness at times, it was a welcome sight and a drastic improvement from the five-win team the season before that lost 11 games by 17 or more points.

“This is the third time I’ve started a program,” Laatsch said. “They have all had different challenges. The two prior, I had two teams hungry to be led. I’m not sure our group was that way last year. It was fragmented. That trust of each other wasn’t there and that makes or breaks a team. We saw flashes and got effort at times, but it wasn’t consistent.”

Having Crawford back will help from both a skill standpoint and a scoring standpoint. He averaged 9.4 points per game last year and also posted 5.2 rebounds and 2.3 assists per game.

“I’m confident in everything we’re doing this year,” Crawford said. “I’ll have an advantage on a lot of nights and I have to take advantage. But as a team, I’m confident we’ll make strides. We have one goal in mind as a team and that’s to work together and work hard.”

With several teams in Spain Park’s area losing big stars from last year, the Jags will be in an area that may be more wide open this season, but that won’t be the focus for Laatsch or his players.

Laatsch said he hopes this team invests deeply in working hard, saying it’s harder to lose those close games when you’ve invested as much as you need to in order to be good.

Spain Park will open the 2019-20 season with a home game against Anniston on Thursday, Nov. 7.