Thompson looking to build off successful first year under Powell 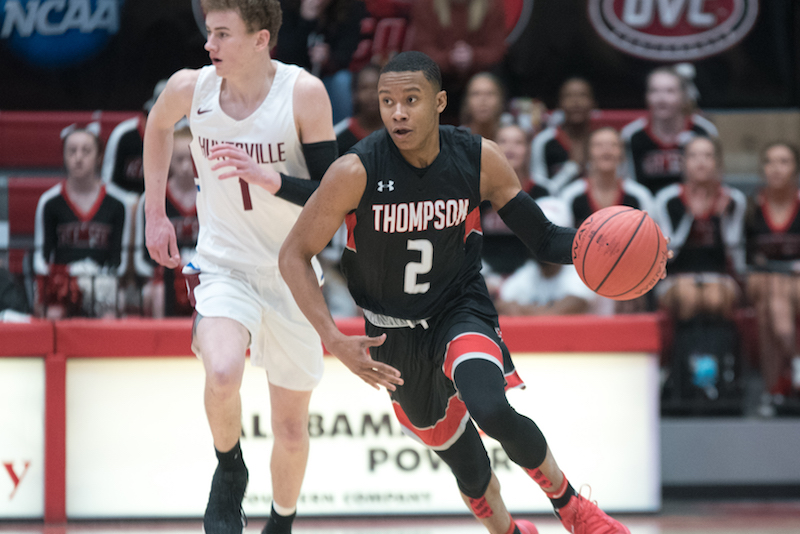 The Thompson Warriors went from one win two years ago to the Sweet 16 last year and hope to continue that upward trend this season. (File)

As if going from one win to 20 and a berth in the Sweet 16 wasn’t enough, the Thompson Warriors will return almost every major contributing player to their 2019-20 basketball team, including four returning starters.

“I’m excited to continue the success of last year’s team,” head coach Dru Powell said. “Knowing how much work these guys have put in over the summer, I’m excited about the direction of the program.”

It’s a team full of players that have been at the varsity level since they were freshmen and now six of them will be seniors, including major role players in Zack Littleton and Chaney Johnson.

Littleton averaged 8.1 points per game last year as the team’s leading scorer and was a 39-percent shooter from beyond the arc. Johnson, who is also a scholar athlete, is the hardest worker on the team and adds a long guard that can get to the rim or pull up and shoot.

In addition to those two, Tre Roberson, Jack Dorolek, Grant Hopkins and Brad Lewis. All four of those players will be juniors this season and bring back a ton of starting experience. Roberson averaged 7.7 points and 2.2 assists per game, Dorolek averaged 7.1 points and was a 39-percent 3-point shooter, Hopkins averaged seven points and 1.5 assists, and Lewis averaged 5.4 points and was the team’s leading rebounder with 4.5 rebounds per game.

None of those players were double-figure scorers, but the balance across the floor was remarkable, especially at the high school level.

“Our guys are confident,” Powell said. “We were really balanced last year. I think you’ll continue to see that this year. Everybody knows their role. It’s amazing what happens when nobody cares who gets the credit.

“When you have a team as balanced as we are, unselfishness is going to be key. We have to see that early and we can’t get caught up in our numbers and stat line. If we buy into the betterment of the team, then we’ll have a great season.”

But the Warriors will be competing in a difficult area despite all of the experience back.

Oak Mountain will also return the majority of its team this season, Tuscaloosa County should have an improved year with its two best players back and Hoover is always a tough out.

“This area is real hard, I’m not going to lie,” Johnson said. “Communication will set us apart. The best teams are great at communication.”

A big momentum boost will be how the Warriors handle the early part of the season.

Last year, they were able to a remarkable 9-1 start, and while it wasn’t against the most challenging schedule, it grew confidence in the players, which is something they’ll look for this season with a more challenging schedule, including a game against defending state champion Mountain Brook in their second matchup of the season.

“Success early in the season really helped our guys last year,” Powell said. This year, we’re significantly further along than we were at this point a year ago. There was a lot of newness for everybody last year from coaches to players. Now that we have a year under our belts, we feel more comfortable and confident going into this season.

But it’s a team that is still humble, and knows they can just as easily go back to being a one-win team with a lack of focus.

“We know we can’t go into any game and treat anybody any differently,” Johnson said. “If we can stay humble and go in with the same determination we had last year, then we should be better because of the experience we have and the work we’ve been putting in.”

But regardless of what happens, this team is one that is together as a unit and that’s the biggest difference in the transition from one win to now according to Littleton.

“Before coach Powell it wasn’t a real family, but once he got here, we had dinners at his house, eat together and hang out all the time,” Littleton said. “We’re a family now.”

Thompson will open the season with a road game against Woodlawn on Thursday, Nov. 7.