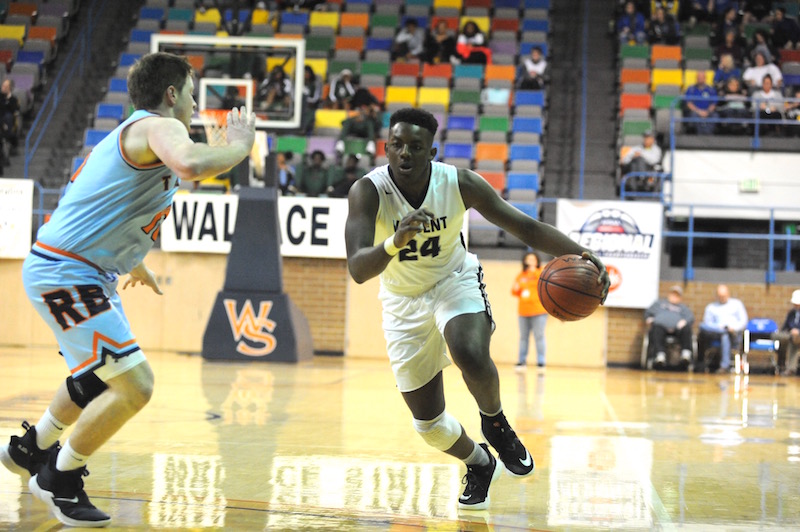 Coming off their 11th trip to the Sweet 16 in the last 12 years, the Vincent Yellow Jackets have confidence, but this year’s group has something to prove beyond just getting back to the Sweet 16.

Last year, it was a group that advanced to the Elite Eight and looked prime for a ticket to the Final Four, but the Yellow Jackets squandered away a halftime lead to the Tanner Rattlers and their season came to an end.

“We have to bounce back this year and work hard and never settle for less,” senior guard Malik Hamilton said. “We know we have a lot of talent, but it’s useless if we don’t work hard together to help redeem last year.”

Hamilton is one of six seniors back on this year’s team that should have the team focused and in the right situation. He’s also one of four starters that will return, as the Jackets only have to replace center Chris Hardie.

“We’re excited,” head coach John Hadder said. “We bring back just about everybody from last year’s team. I don’t want to diminish Chris’ loss, but we have six seniors, and I think we have the pieces we need to make some noise and get where we want to go.”

“As a coach, it’s easier when you have a bunch of guys that have played a lot of basketball,” Hadder said. “They understand so much which allows us to start so far ahead.”

But the loss of Hardie could be big this season. During his senior season, Hardie averaged a double-double with 11.6 points and 10.4 rebounds per game in the post as a go-to player late in the game.

“Losing Chris from a leadership standpoint having played so many games, that’s a huge loss,” Hadder said. “Jackson has slid into his spot and will assume his role in a lot of ways.”

And McGinnis is a good player to have in that position. Standing close to 6-foot-4, 200 pounds, he’s got a good frame and can stretch the floor with his dribbling and shooting, while also banging around inside the paint.

“Jackson will have to do a lot of different things that extend the floor,” Hadder said. “He helps me not feel too concerned.”

His athleticism will be key because Hadder wants his team to play faster this year after seeing offensive struggle at time in the postseason last year.

Hadder said the key to this year’s success will be doing what they’re supposed to be doing the right way and with the right effort.

“We have something up that says ‘The right way every day,” He said. “If we do that, we’ll have a chance to be successful. We had short falls in that area last year. That can creep up in big games when you don’t quite have the buy in you need to have.”

From a skill standpoint, the Yellow Jackets are a team that’s good at forcing turnovers, which will be key in pushing the tempo, but Hadder wants his team to focus on getting rebounds as well.

“We want to play fast, but can’t do that if we don’t rebound the ball,” he said. “I know we’re going to play defense, but we have to rebound. If we do that, we’re skilled enough to score a lot of points.”

Vincent will kick off the 2019-20 season on Friday, Nov. 15, with a road game against Childersburg.