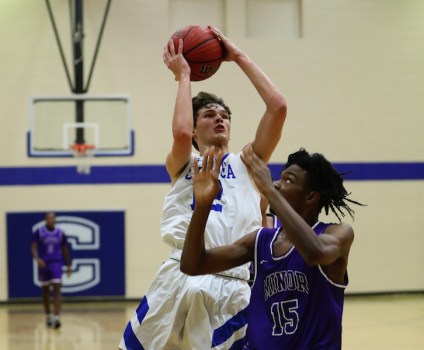 The Chelsea Hornets were able to hold off the Minor Tigers on Thursday, Nov. 7, to open the 2019-20 season with a win. (For the Reporter/Cari Dean) 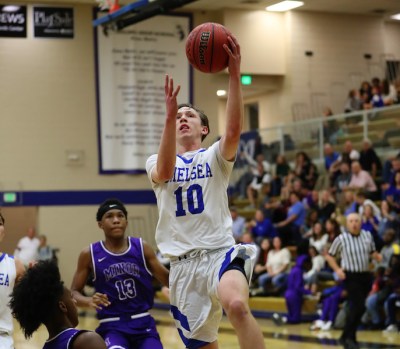 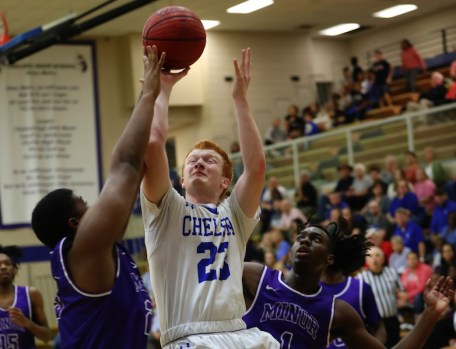 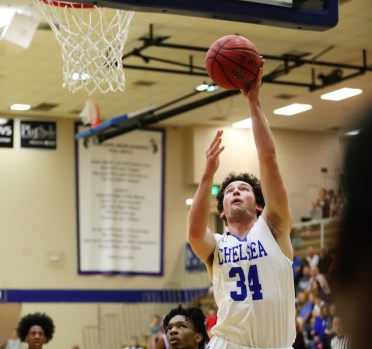 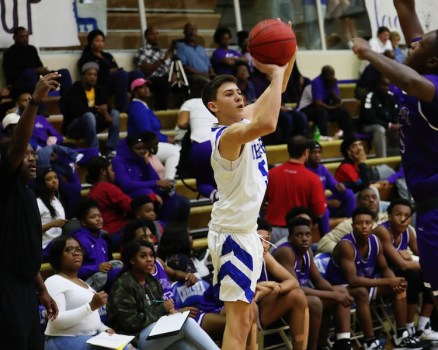 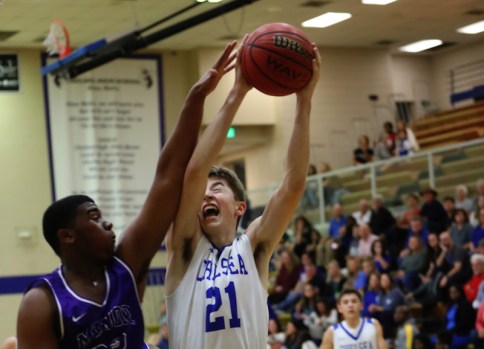 CHELSEA – Behind 10 total scorers, including three with nine or more and two in double figures, the Chelsea Hornets were able to edge out the Minor Tigers 54-51 to open the 2019-20 basketball season on Thursday, Nov. 7.

The Hornets took a 13-8 lead in the opening quarter and never trailed at the end of any quarter, while they went on to make five of their six free throws in the final period to seal the win. That was part of a fairly strong 9-14 night from the strip for Chelsea.

In the opening quarter, the Hornets got points from five different players, including five from K.J. Hall, who went on to post nine points in the game.

Behind him, Bryant Royster and Alex Mock hit jump shots, while Alex Redd hit a 3-pointer to lead Chelsea to 13 opening-quarter points, while the defense complimented that effort with its best quarter of the game.

Chelsea held Minor to just two made field goals and eight points, which gave them a five-point lead heading to the second period.

Moving into the second quarter, the Hornets continued a strong offensive night with six players scoring in the period, including four points from Royster, while the team went 3-4 from the free throw line and hit a total of five field goals in the quarter.

All of that led to 14 more points, but the defensive effort wasn’t quite as strong with the Tigers having warmed up. They went on to post their best offensive quarter of the game with 15 points behind four scorers with at least three points.

That brought Minor to within three points at 26-23 heading into the halftime break.

Coming out of the half, both teams had made adjustments and tightened up defensively, which led to a combined six players scoring in the third quarter.

Chelsea got seven points from Royster, three from Lanzi and two from Andrew Messier for 12 points, while Minor got eight of its 12 points from Dresean Knight.

But at the end of the even quarter, the Hornets still held a three-point lead at 38-35 heading to the final period of play.

In a tense down-to-the-wire game to open the season, both turned up the pressure in the final quarter, which led to a combined 30 points.

But the Hornets scored 15 of those 30 in an even quarter, which led to them pull out a three-point victory after leading by four or three points at the end of every quarter.

In the final period, Chelsea got seven points from Messier, while Jacob Tierny added all five of his points, including two clutch free throws and a 3-pointer.

Chelsea was led by Royster with 14 points, while Messier added 10 and Hall had nine.